Bombayla Devi Laishram Biography: Laishram Bombayla Devi is an Indian Recurve Archer and represents India in both Individual and team archery events in International events. she has won a silver medal at the World Archery Championships, and four gold, five silver, and four bronze medals at various editions of the Archery World Cup. She is a recipient of the Arjuna Award and Padma Shri Awards owing to her achievements in Archery. 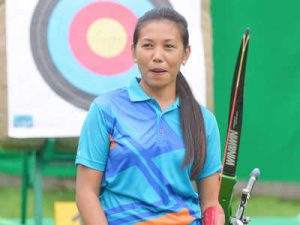 Mother- M. Jamini Devi (Archery Coach)
Father- Manglem Singh (Handball coach)
Bombayla was born on 22nd February 1985 in the east of Imphal, Manipur. Her mother M Jamini Devi is a local Archery coach and her father Manglem Singh is the Head coach of the state Handball team. She belongs to a sports interested family and even showed interest in different sports. At the age of just nine, she started getting archery lessons from her mother. Her initial training started with a small distance of 10 meters. It was her mother who encouraged her deeply to take up archery at a very young age. She was taken to the archery ground at the Khuman Lampak Stadium in Imphal by her mother where she was enrolled in a hostel at the facility for her to train properly with full dedication. Her days started early as she trained in the morning session, followed by going to school and then evening training after snacks and resting.  She continued to take forward the family’s interest in sports by taking up  Archery as her full-time career. 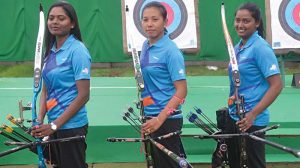 Affiliations: Tata Archery Academy
Profession: Recurve Archer
Bombayla’s hardcore interest towards made her join the Sports Authority of India and she started training there. She has got her affiliation from Tata Archery Academy. Bombayla entered into archery in 1996 following her mother’s footsteps and made her first appearance in the Indian team a decade later. She got her first break in the National team in 2006 and went to her first international competition at the 1st Asian Archery Championship in Dhaka, Bangladesh.  The next year, Bombayla came back with an individual gold in the recurve event at the Asian Archery Grand Prix in Isfahan, Iran, in 2007. She cemented her place in the National team as a permanent member after unleashing her potential in front of the world. The first World Cup medals came in 2007 in Dover, England, where she picked up the bronze alongside more experienced teammates Dola Banerjee and Chekrovolu Swuro. In 2009 she won bronze and silver medals in Antalya in 2011.

She also assured the Indian Team’s dominance from 2010 to 2016 by winning World Cup medals in each of those years. Her major career highlight is winning the Gold medal in 2010 Commonwealth Games along with Dola Banerjee and Deepika Kumari by defeating England in the finals.  The same year, the team won bronze at the Asian Games in Guangzhou, China. In 2011 she went on to win the Gold medal at the 2011 Shanghai World Cup. She even qualified for the 2012 London Olympics but crashed out in the second round of the women’s individual recurve event losing 2–6 to Mexico’s Aída Román. In the team event, along with Deepika Kumari and Chekrovolu Swuro, lost to Denmark in the first round.

Bombayla Devi also qualified for the Rio Olympics in 2016 as she booked her berth in the Women’s Archery team and Individual event. She advanced till round 16 of the Individual event. However, she was not able to get past Alejandra Valencia of Mexico in round 16 and she lost with a score of 2 against 6. 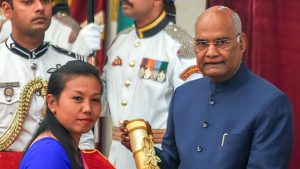 She has been conferred with the country’s second-highest sporting honor Arjuna Award in 2012 by the Government of India. She has also been felicitated with the Padma Shri Award in 2019, which is the fourth highest civilian award in the country.

Her net worth is not revealed. 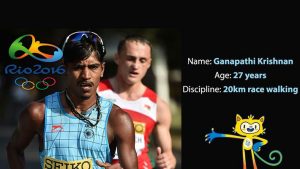 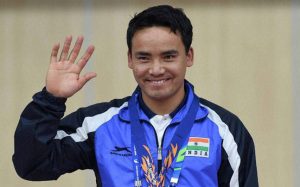 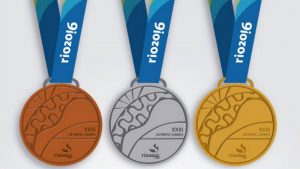