10 Best Sports Movies of all Time

Cinema is one of the many forms of recreational entertainment for human civilization. On the one hand, cinema can be considered as recreation while on the other it can be assumed as the reflection of the behavior of the present society. Ranging from fictional stories to biographical accounts of famous people, cinema paints a unique picture for all of us to witness on the big screen. 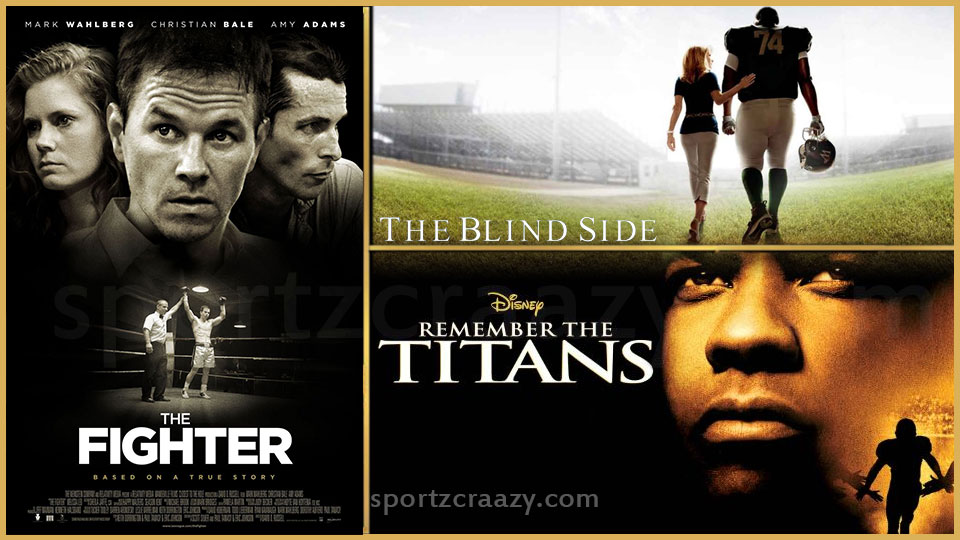 Many stories that are still unknown to us could be communicated flexibly through the film. The most interesting aspect in the world of cinema presently is the existence of varying genres that have evolved over the course of many years and sports are among the many of them.

So get ready to take a look at the 10 best sports movies of all time and do not forget to keep some popcorn handy! We have arranged the following movies in a ranking based on personal perception without necessarily judging the potential of one film as compared to the other. All the ten movies which will be illustrated below deserve a watch and would elate you no matter what! 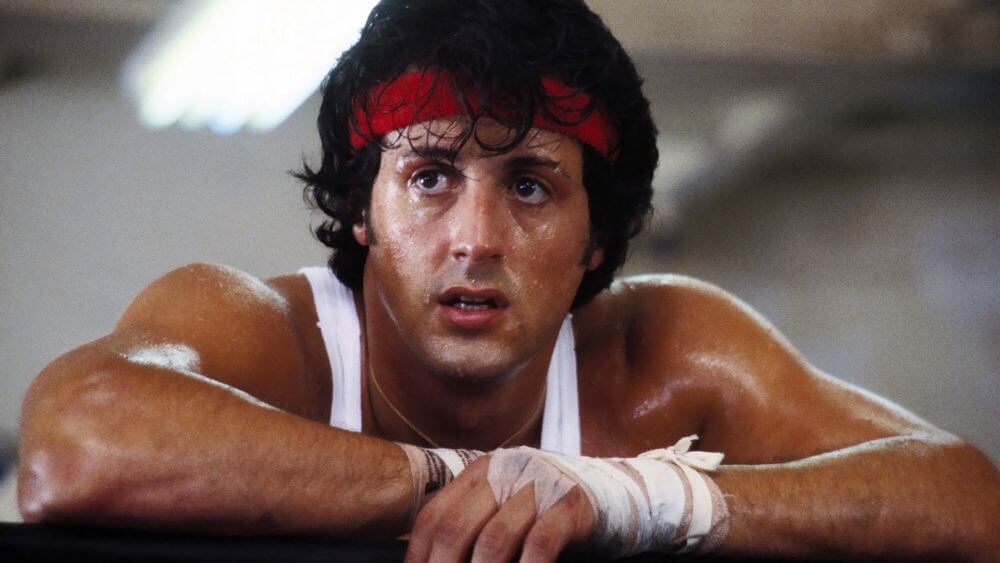 This ‘rags to riches’ tale of a small-time boxer who receives the opportunity to fight the heavy-weight champion show what true grit is made of. With Sylvester Stallone in the eponymous role, the movie garnered commercial success as well as a cult following owing to its powerful storytelling and the amazingly executed scenes in the boxing ring.

The movie shows that determination could prompt an individual to go beyond boundaries to safeguard his self-respect. In one of his career-best roles, Sylvester Stallone establishes a benchmark for sports films thereby making it to the top spot in this list of 10 best sports movies of all time. 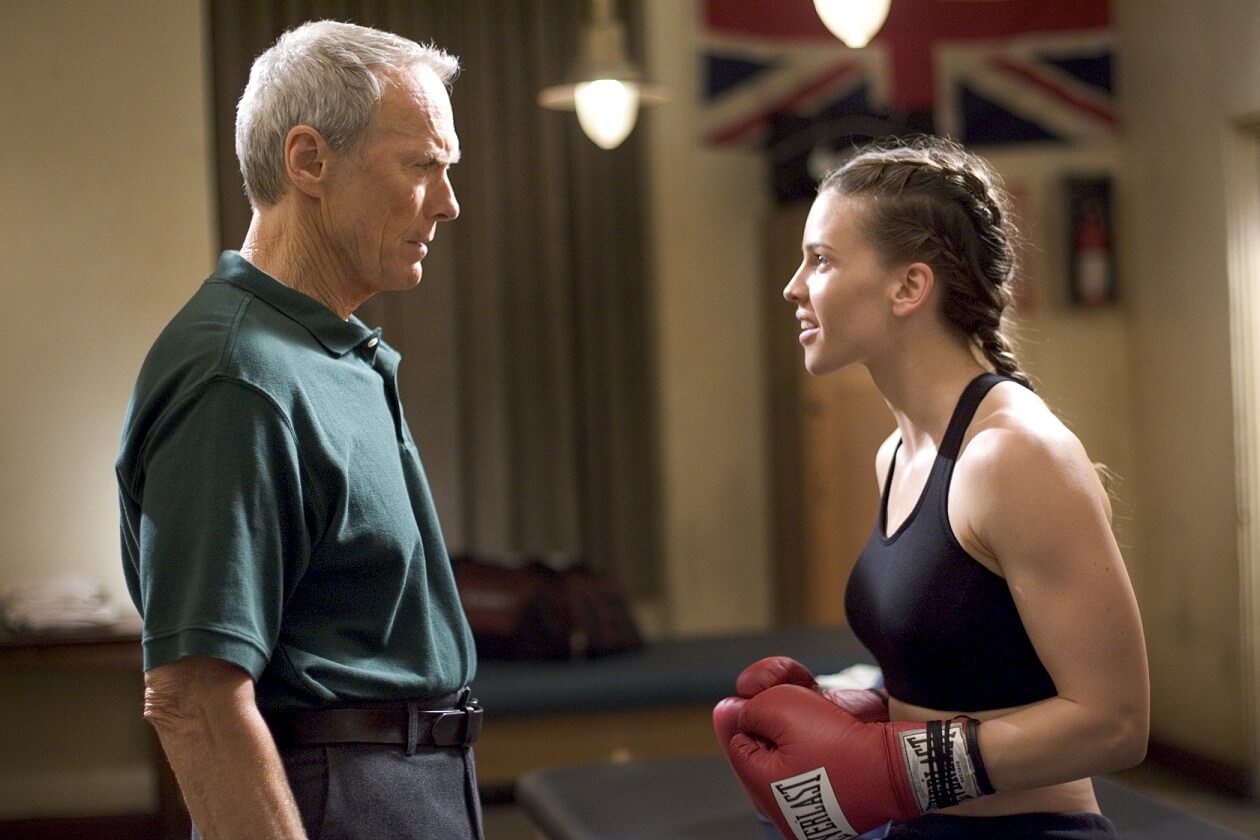 With seasoned actors such as Clint Eastwood and Morgan Freeman in the cast, this movie left no stone unturned to portray the true spirit of sportsmanship. This film shows that training and determination could ensure success despite all odds especially for a woman bent on achieving her dreams.

Hillary Swank’s portrayal of a woman going to the ultimate extent for becoming a professional boxer acts as the center stage highlight in the movie. Clint Eastwood as the hardened boxing trainer is also one of the important highlights of the movie that make it worthy of any list of 10 best sports movies of all time. 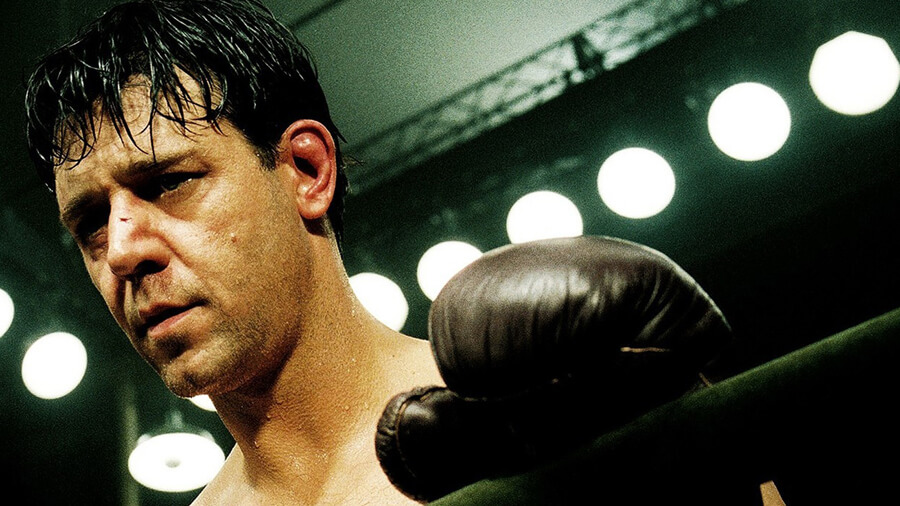 Based on the real-life of James Braddock, world heavyweight boxing champion and named after his nickname, this movie has a unique take on the Great Depression in the US. Apart from showing the motivation of an individual to come out victorious from dire situations, this film also depicts the capability of an individual to inspire a whole nation.

Cinderella Man shows the state of the US and its people during the Great Depression with people struggling to find jobs and the majority of the population living under government welfare that evokes the time and place without the slightest of error. On top of everything, the combination of Ron Howard and Russell Crowe make this film worth remembering in the list of sports movies. 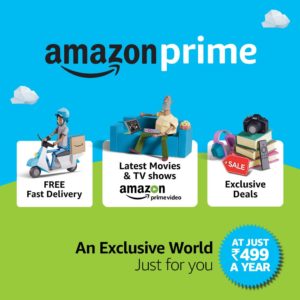 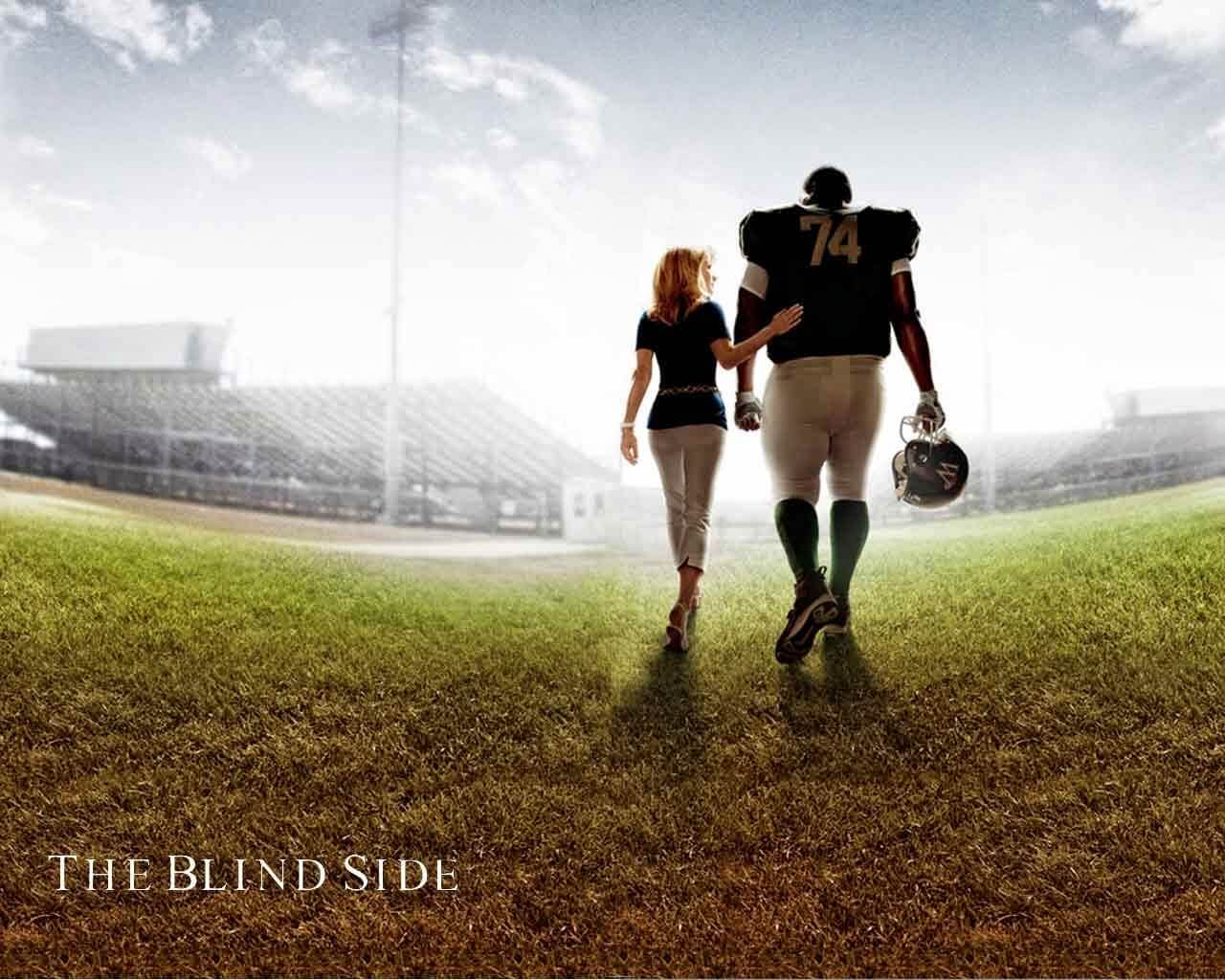 Another cinematic marvel based on sports, this film would never cease to amaze you despite many repeated views. The film clearly shows the significance of humanity and love which have the potential to transform an individual and make them accomplish wonders. Sandra Bullock plays Leigh Anne Tuohy, the woman who adopted Michael Oher, an offensive lineman drafted by the Baltimore Ravens of the National Football League (NFL).

The beauty of the film is also observed in the description of the divide in the US population on the grounds of color and race and the efforts made for breaking the barrier. No less than a tearjerker, The Blind Side also shows the role of the family in the upbringing of an individual and success in a sporting career. 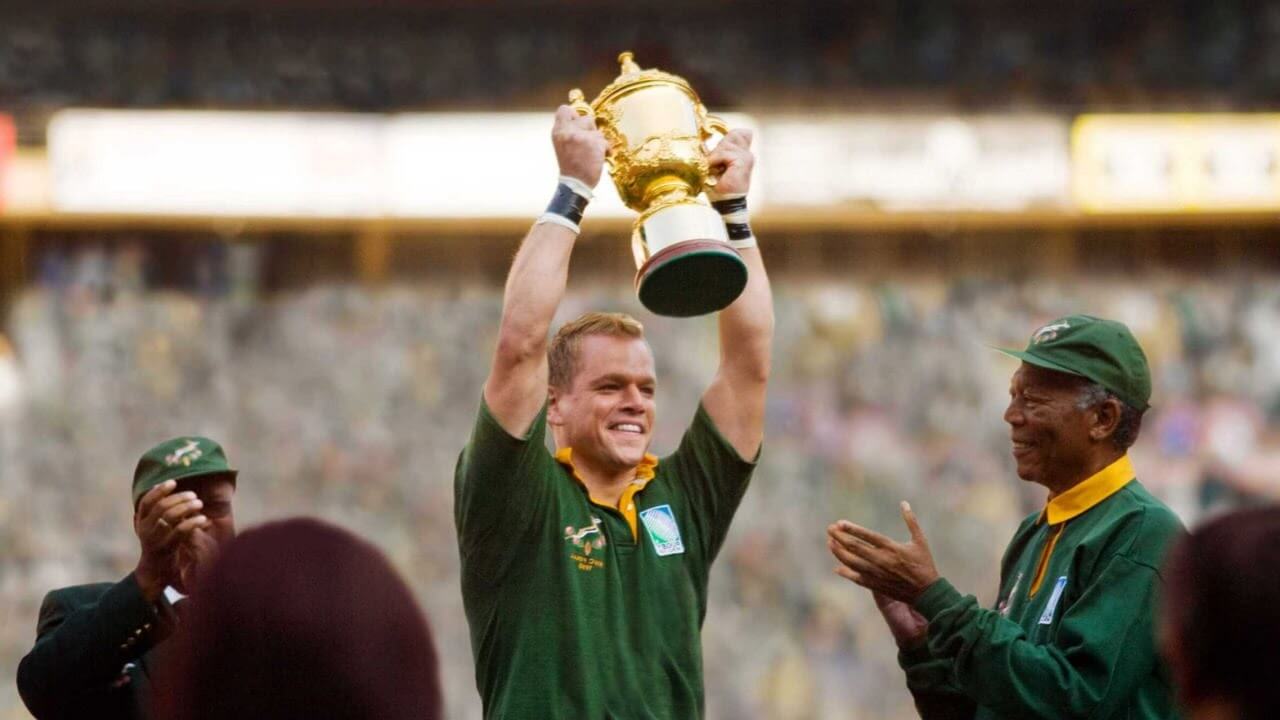 Invictus stands at the fifth spot in this list with an impeccable storyline and stupendous acting by the leads, Morgan Freeman and Matt Damon. This film also addresses the theme of discrimination on the grounds of race. Based on the events in South Africa in 1995 following the abolition of apartheid and during the Rugby World Cup hosted by the nation in the same year, Invictus had Morgan Freeman playing the role of South African president Nelson Mandela.

Concerned by the detrimental outcomes following years of ‘white supremacy’ upon the abolition of apartheid, the South African president meets with the captain of the nation’s rugby union team ‘Springboks,’ Francois Pienaar played by Matt Damon. Both of them share a vision that the victory of the Springboks would reduce the animosity between black and white South Africans. A perfect exemplar of how sports could foster unity in the population, Invictus deserves a spot on this list. 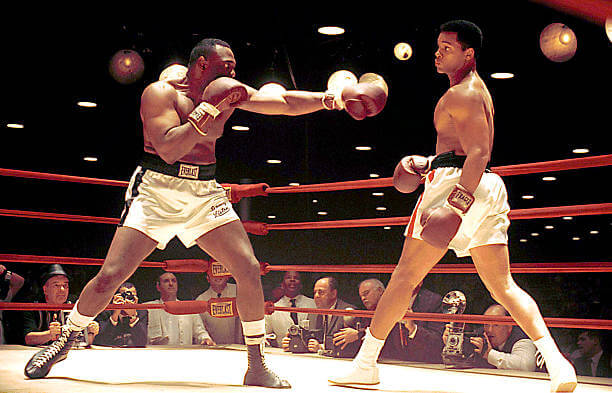 There is no other reason to put this film on this list of 10 best sports movies of all time than the legend, Muhammad Ali, himself. A name that would echo through ages in the field of sports, Muhammad Ali showed the world an example of the contributions of sports. The film revolves around the wins and controversies of the legendary boxer in the period from 1964 to 1974 with very subtle yet powerful performances by Will Smith and Jamie Foxx. 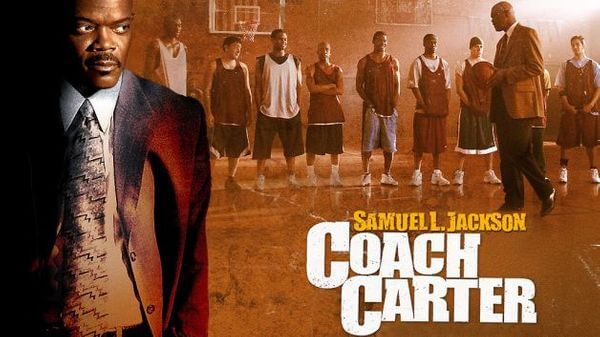 Nobody messes with Samuel L. Jackson! This film, based on the incidents in the life of basketball coach at Richmond High School, Ken Carter, depicts the importance of academics alongside sports for teenagers. An entire high school basketball team that is undefeated faces suspension at the hands of their coach in 1999 for failing in academics. 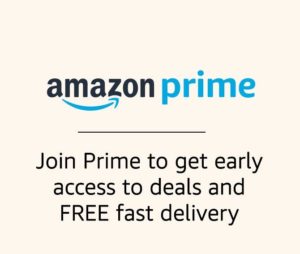 Discipline stands at the core of the script which also delivers a strong message implying the necessity of discipline for success in sports. The film shows the commitment of a sports coach to ensure proper education alongside sports training for his students and stands out from the conventional plots in sports dramas. Deserves a watch! 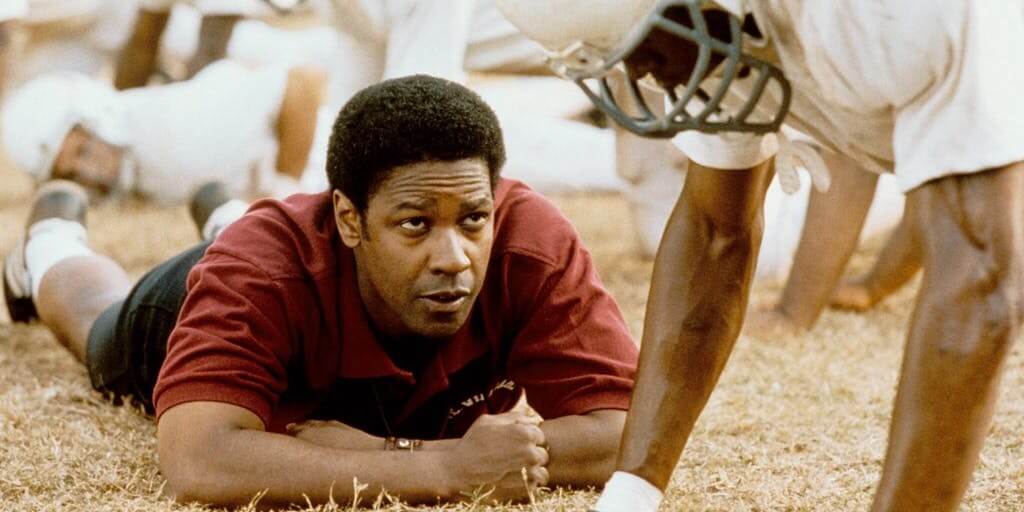 Another film based on racial integration, Remember the Titans boasts of a sterling performance by Denzel Washington. Denzel Washington plays the role of African-American coach Herman Boone who was successful in integrating the football team at the T.C. Williams High School in Alexandra, Virginia in 1971.

This movie portrays the grit of a coach to accomplish the best potential from the players on his team by helping them resolve the barriers between them that exist solely by race or color. The iconic depiction of the undefeated streak of the Titans would stir up some adrenaline in viewers. 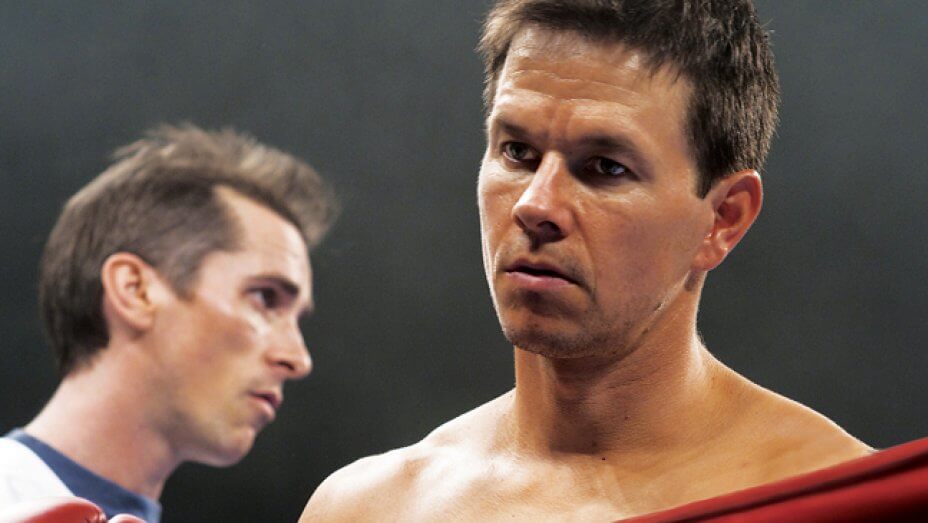 Based on the true story of professional boxer Micky Ward and his elder half-brother Dicky Eklund, The Fighter explores a wide range of emotions ranging from brotherhood and involvement of separated families to the selfishness of people. Top-notch performances from the leading cast that includes Christian Bale, Mark Wahlberg, Amy Adams, and Melissa Leo make this film a worth watching the spectacle.

The characterization of Dicky Eklund and his struggle with drug addiction speak out a lot about the detriments of falling prey to addiction and its impact on the thriving career of many budding potentials. This film maintains a perfect balance between the family drama and emotions as well as the happenings in the ring and media showing the perseverance of family bonds despite downturns. With two Oscar wins in its bag, this film guarantees an experience that would stay not just for the sport but for the message it gives. 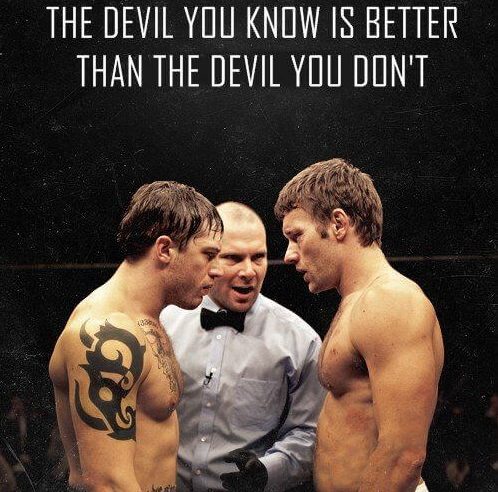 Family drama at its best in a fictional account of two brothers fighting it out for winning a mixed martial arts tournament, Warrior is a wonder that does not fail to amaze every time you watch it. The film traverses various aspects of life in a separated family and how the needs of people pit them against each other like gladiators in the arena.

The stark performances of Tom Hardy as the younger sibling Tommy Riordan and his elder brother Brendan, portrayed by Joel Edgerton stand out as highlights of the movie. With some swashbuckling mixed martial arts action sequences, Warrior established a completely new milestone in the world of movies based on sports by maintaining a perfect balance between action in the ring as well as outside it. 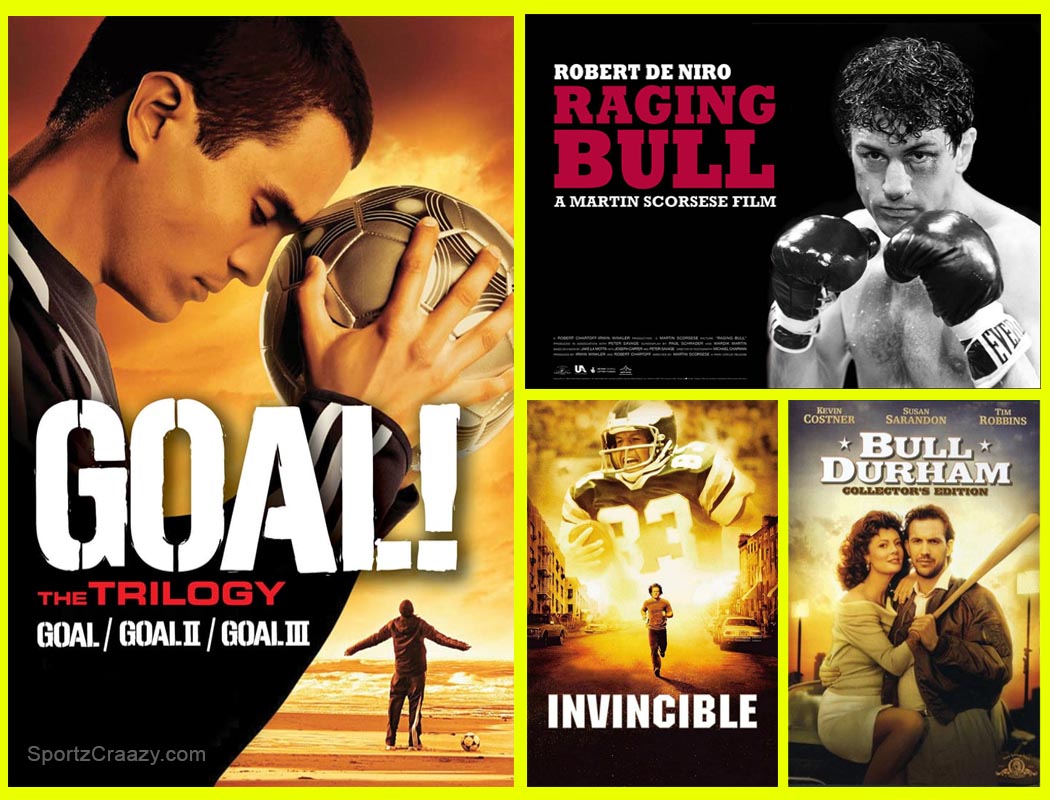 The list presented above does not necessarily imply their ranking in the same order and also fails to include a lot of other notable mentions. Some of them can be illustrated as follows:

The movies illustrated above could also prove to be the best investment of time for recreation if you want to get a bite of some sporting action. Whether it is unity in diversity, support of the family, brotherhood conflicts and financial crisis, these movies show the power of determination and commitment to success in overcoming all obstacles. So, we can say that the list of the 10 best sports movies of all time is not just about sports. It’s definitely about something more!