Steaming in with an angular run-up, Arjun Tendulkar bowled a perfect delivery to Nathan Tilley which hit the deck and swung back into the right-hander only to hit between the middle and off-stump. The video was posted on Lord’s Cricket Ground’s official Twitter Handle, following which it went viral in just 24 hours.

“Arjun Tendulkar, take a bow! He took this stunning wicket this morning @MCCYC4L.” the Tweet read.

He took this stunning wicket this morning for @MCCYC4L.

Arjun Tendulkar rips apart Surrey 2nd XI batsman with Raw Pace:- Arjun took as many as two important wickets in the match. He ended with figures of 2/50 in 11 overs at an economy rate of 4.55. However, despite his impressive bowling, Surrey second eleven posted 340/6, while MCC Young Cricketers are currently trailing by 227 runs with 4 wickets in hand. 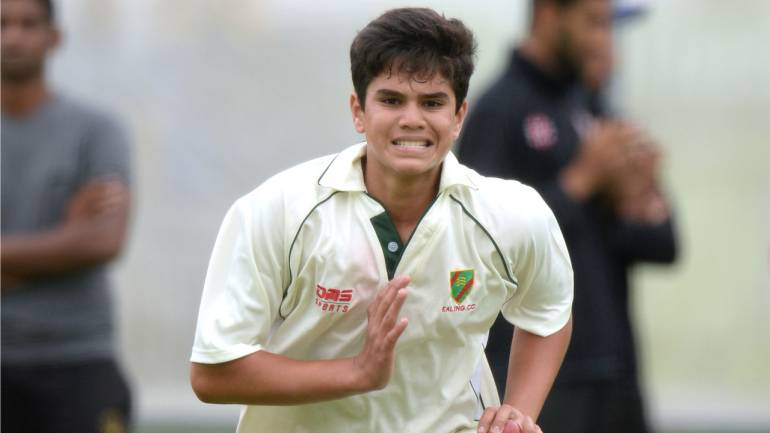 Earlier, Arjun Tendulkar was bought for 5 Lacks by Aakash Tigers in the Mumbai T20 Premier League. He made a dream start in the league, producing desired results from both bat and ball.

“He is passionate and I have not forced him for anything. I never forced him to play cricket. He earlier used to play football, then he developed an interest in chess and now he is playing cricket.” Sachin Tendulkar said on Arjun’s future.

“I told him whatever you do in life, don’t take a short-cut, which my father (Ramesh Tendulkar) told me, and I tell him exactly the same thing… you will need to work hard and then it is up to you how you fare,” he added.