AS Salé opened the second quarter on a 7-3 run to tie the game at 23-23 but Petro’s balanced scoring attack, which saw six players score at least five points in the first half, propelled them to an 11-0 scoring run mid-way through the second quarter.  The offensive surge was capped off by a barrage of three-point shots which ballooned Petro’s lead to 15 points with just under four minutes left in the half.

Ousmande Drame kept AS Salé in striking distance by making 5/6 field goals for a game-high 15 first-half points to go along with eight rebounds. Morais ended the half with a three-point field goal, marking Petro’s 10th three pointer of the half on just 19 attempts, heading into the break up 50-35.

Petro started the second half right where they left off by scoring five straight points ignited by another three pointer from Morais.  AS Sale responded with a six-point run after Amadou Abdoulaye Harouna sunk a three and teammate Carlos Masa made three consecutive free throws. AS Sale’s momentum was cut by Petro point guard Childe Dundão who converted a three-point play after getting fouled on a made floater.

Harouna hit back-to-back threes to start the fourth quarter cutting the deficit but Morais poured in a quick seven points to extend Petro’s lead back to 20.  AS Salé made one last run following a scoring burst from BAL leading scorer Terrel Stoglin, cutting the deficit to nine with just over three minutes left. Petro maintained a double-digit lead to end the game winning 102-89.

Morais finished with a game-high 27 points. Dundão chipped in 19 points and five assists and Gonçalves recorded a 14-point, 10-rebound double-double for Petro. AS Salé was paced by Harouna (20 points), Stoglin (19 points) and Drame (19 points and 13 rebounds). Petro advances to the 2022 BAL Playoffs Semifinals on May 25. 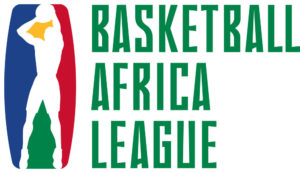 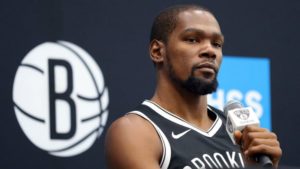 Kevin Durant Doubtful to Play for nets When the Season Resumes
Join us: