The Hockey World Cup 2019 is here once again and just like every time, one of the best teams in the World hockey would be locking horns for the coveted trophy on the Indian soil. Although teams like Australia, Germany, and Holland have been the favorites for this time as well, there are experts who are terming team India as a surprise package for this year’s world cup. Although India hasn’t really been the team they used to be a decade back, they are seeing some good success to their name in the past few years. 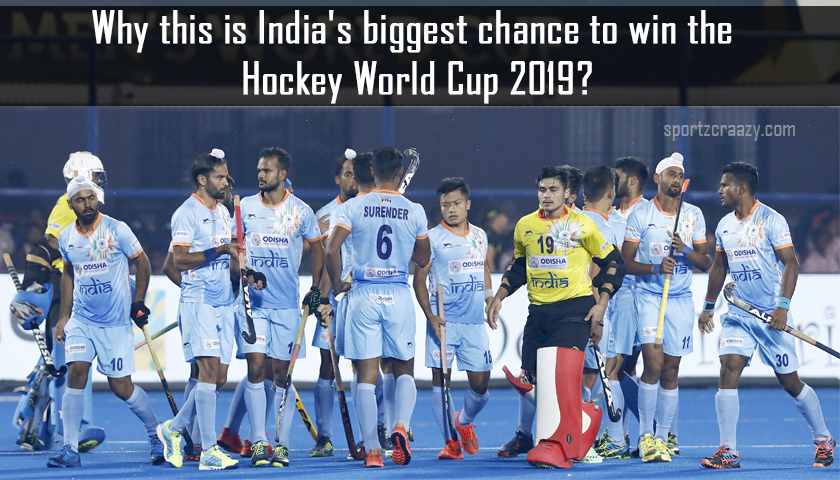 On the other hand, all the major teams like Germany, Holland, and Australia are also in top form and we can certainly say that it would be really hard for all the other teams like Team India to put up a challenge forward. Still, India somewhere holds the favorite tag in the process and while we said that, let’s takes a look at some of the factors which make India a real contender for the World cup title after 43 years. 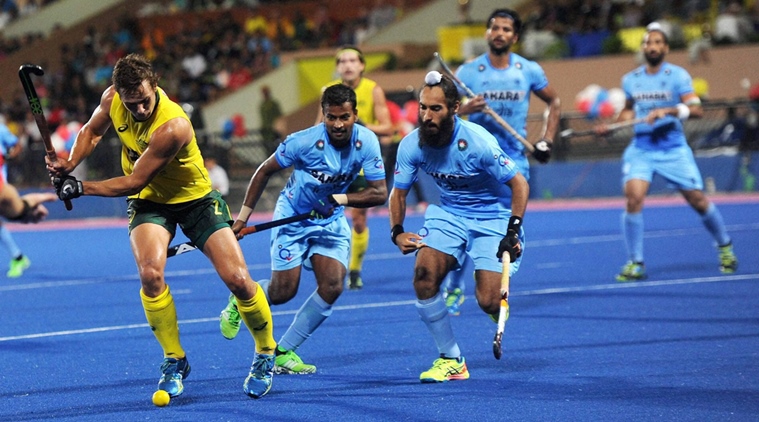 FIH world cup hockey would be held in the city of Bhubaneswar this time and while it’s after a while that India would be hosting the Hockey world cup trophy, we can certainly term it as the best chance the home team to secure a title victory. Moreover, even Former Indian coach Jose Brasa confirms the same fact by stating “It will be easier for the Indian team to win on their own soil as they will be playing it in front of their home crowd and just like every team, this comes as an added support for any team around the world.

He further added that India is more than capable of winning a gold medal in any of the competition around and while this is their best chance to make a podium finish for the host, they must make the best of it in the process. India is in the top group of the competition n with all the hockey superpowers like Australia, Belgium, Holland and Germany and all they have to do is just play with good consistency.

#Reason 2 Transformation of the Team in the Past Decade 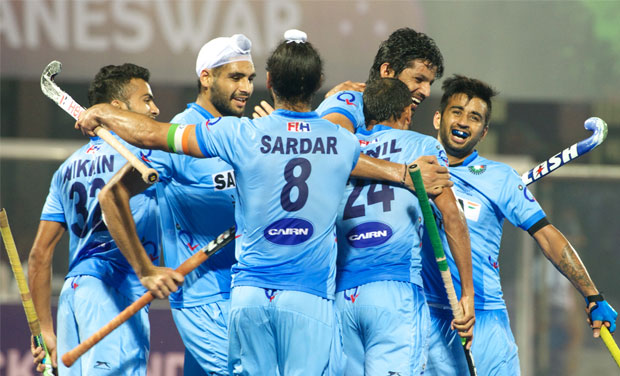 The Indian hockey team has had been through a revolutionary change in the past 10 years and although they have had a mixed record of wins and losses, the biggest positive is their approach toward the game which has changed drastically. It’s worth mentioning here that India has earlier won a silver medal at the 2010 commonwealth games along with a bronze medal at the Asian games and several other podia finish at some of the major hockey tournaments.

Moreover, if we talk about the biggest change in the way hockey has been played in India, its all about getting the right approach with the best skills and training systems on board. Indian hockey federation must be accredited for the same change as there were times when India has finished at the bottom of every major Hockey tournament around and even the fans did leave their hopes for anything better in the future. 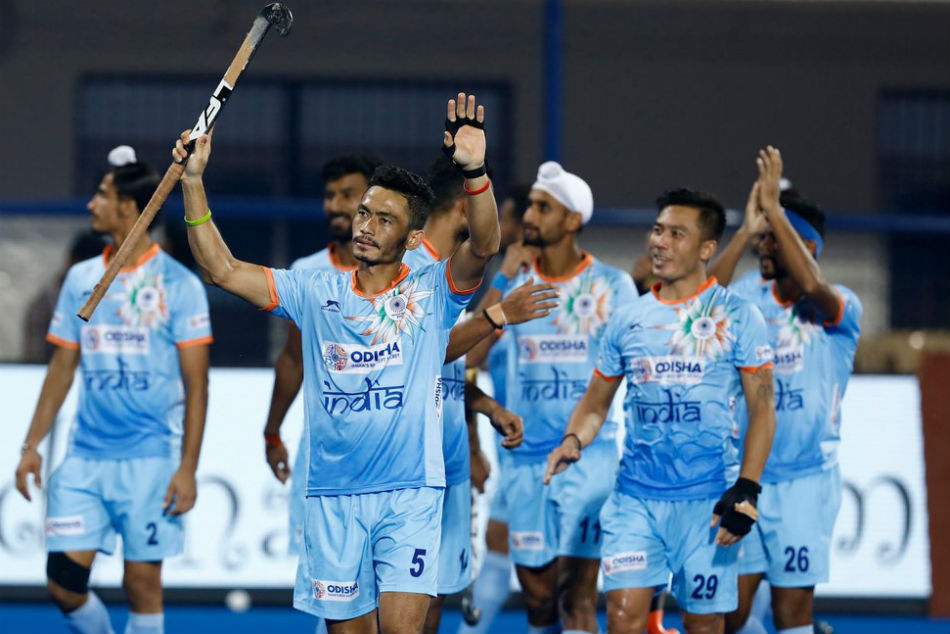 India is playing with the youngest team in the World cup this time and the average age of the team stands at 23 years. Moreover, most of the players in the team are coming from the team which won the junior world cup in 2016 and this can certainly be taken as a biggest positive about India’s campaign this time in their quest to win the world cup.

Well, it’s not just about the young players as the team will be carrying some of the most experienced campaigners in the likes of Captain Manpreet Singh, Chinglesena Kangujum, Birendra Lakra, PR Sreejesh and so on. Amongst all these players, PR Sreejesh has been that one player who has made everyone awestruck with some of his most recent performances.

Quite surely, he can be termed as India’s biggest bet in the role of a goalkeeper for the becoming world cup and as it all would be happening in front of their home crowd, there’s no reason that they don’t perform up to to the expectation of all the hockey fans. 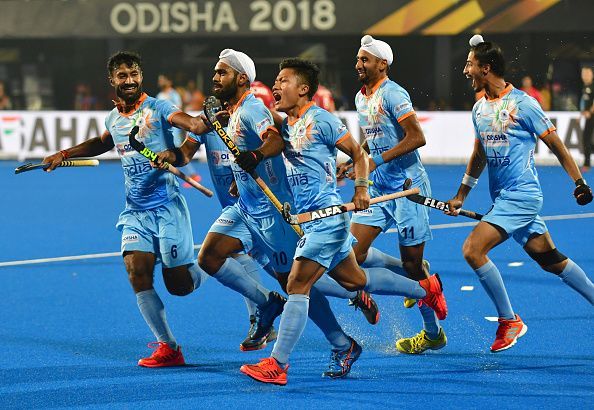 Although all the Indian hockey players deserve all the praise for their performances for the national team in the past few years, we must also credit the coaches and their support staffs which has played a key role in their success during the past decade. Even their former coach Jose Brasa supports the same fact and he adds that the foreign coaches and their support staff have a big role to play in the success of the team over the past few years.

If we talk about the list, India has seen through a number of coaches like Roelant Oltmans, Ric Charles worth, and Jose Brasa himself. Although it’s not just about the foreign coaches and Indian coaches like  Harendra Singh and Pargat Singh have also proved their mettle to bring bigger success for the team in the process.

Harendra Singh especially has led the Indian junior hockey team to a world cup success in 2016 and while we are talking about the coaches, it’s also about the high-end training team and support staff which has contributed in a greater manner to keep the players in right shape and form during the matches. 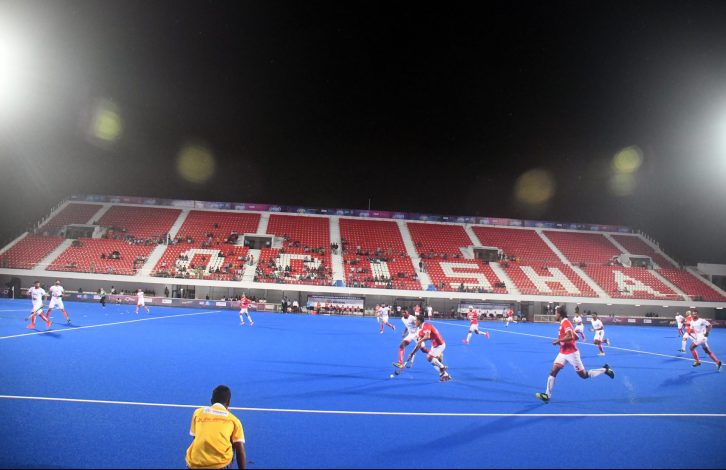 Indian hockey has seen its golden times in the pre-independence era and legendary players like Dhyanchand have been the reason why this team has been looked up to with utmost respect by all the other teams around the world. it’s only after that golden period, that the Hockey World Cup 2019 has seen a downfall and they were perishing until the late 90s. It was only after both the board and the government authorities have invested their time, money and effort to transform the Indian hockey, that it has seen a better and more improved infrastructure in the past 10 years.

India has seen a greater number of artificial pitches which has helped them to play in the likewise condition to the European countries. Moreover, sponsors have come on board to put in more money into the National game and after a very long time, we can see some money coming to this beautiful game.

Various hockey leagues are getting organized in order to give local players a chance to play alongside the International players and within the process, they have Hockey World Cup 2019 been rewarded and recognized with the respect and money they have always deserved. This way we can not only hope a World cup victory this time, but a brighter future coming along in the many more hockey tournaments to come.