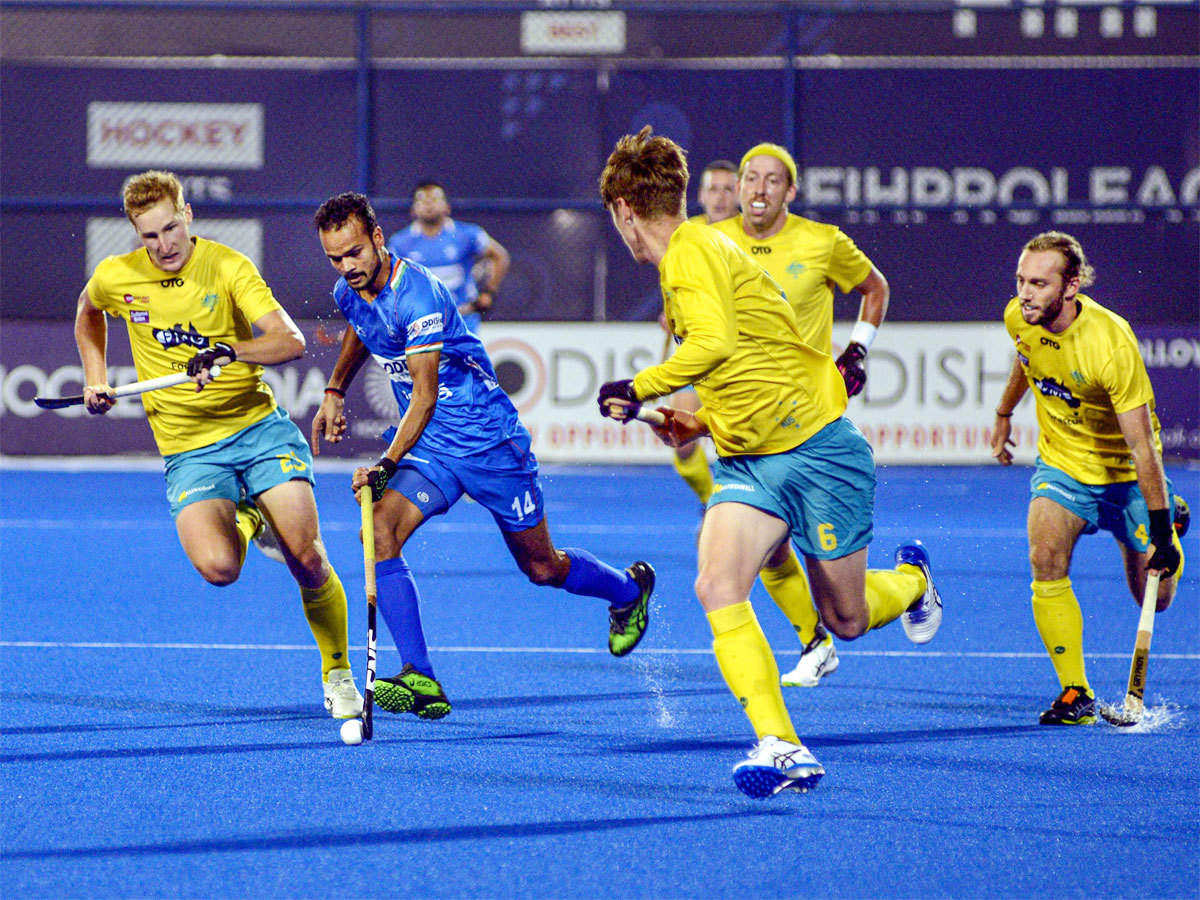 It was an amazing game of hockey as India went down fighting to Australia in the first leg of Pro Hockey League match played at Kalinga Stadium, Bhuvneshwar on Friday.

The Indian started off an aggressive start with attacking moves which put pressure on Australian defence. Rupinder Pal Singh looped a loose ball which the Australian took advantage as Wotherspoon scored a field goal in the 6th minute to give Australia 1-0 lead. Both teams played end to end hockey which entertained the crowd. In the 13th minute, Australia got a chance to double the lead but could not do it. At the end of the first quarter, the visitors led 1-0. 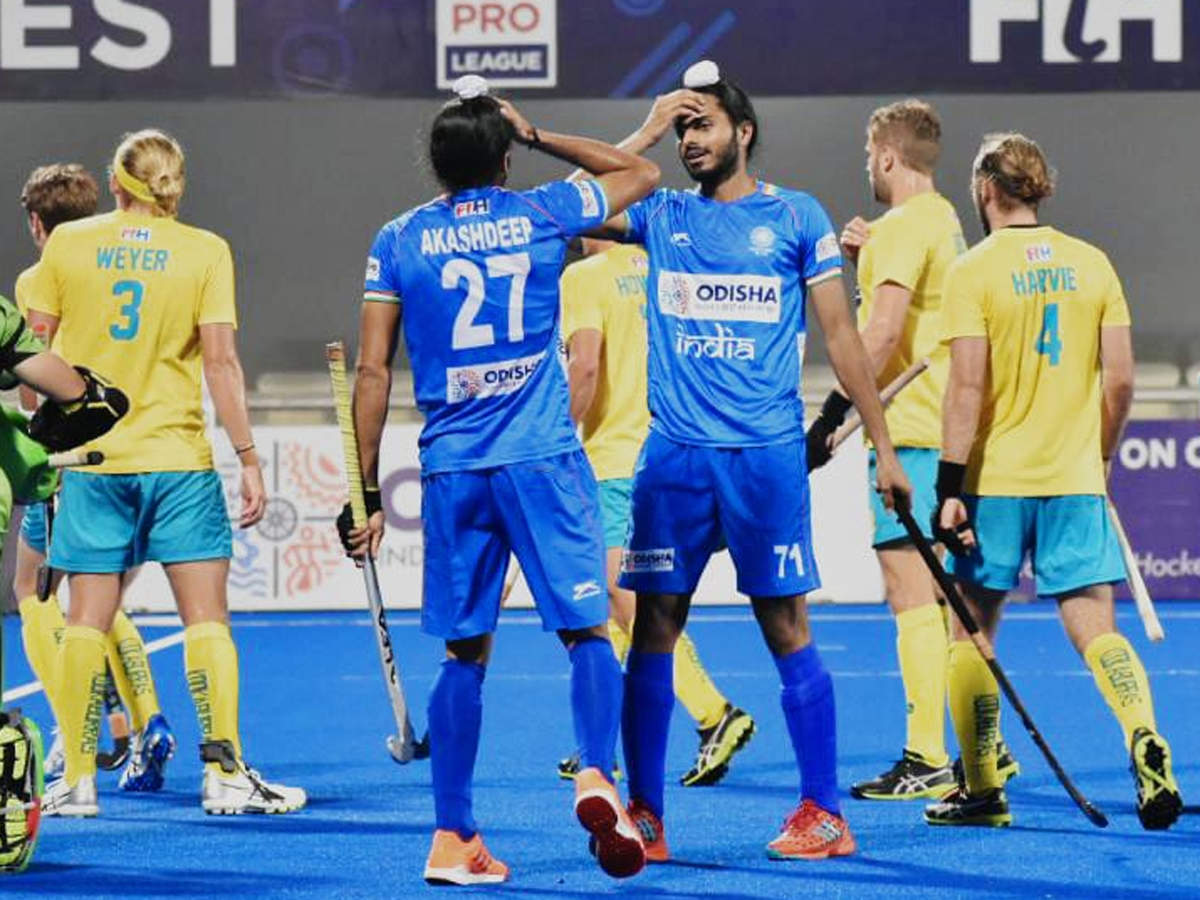 The second quarter saw a brilliant start from Australia as Wickham scored a field goal to give the visitors a 2-0 lead. In the 22nd minute, there was a big chance for India, but the Australian goalkeeper produced a stunning save. India earned their first penalty corner of the match but was blocked brilliantly by Harvey. The Indian attackers showed their class with attacking moves, but their defence was up to the mark. At the end of the first half, Australia led 2-0.

It was an amazing start by the Indian team in the 3rd quarter as India earned a penalty corner which was well saved by Australian goalkeeper but on a rebound, Raj Kumar Pal converted the goal with a rebound shot in the 36th minute to reduce the margin to 1-2. The Australian attackers put pressure on the Indian defence with aggressive moves. Australia earned their first penalty corner of the game but was well saved by Krishan Pathak.  In the 41st minute, Lachlan Sharp converted field goal which went near the right feet to give Australia 3-1 lead. Australia attacked more and Jacob Anderson superb goal in the 42nd minute made life tough for India with 4-1 lead. At the end of the 3rd quarter, Australia had a 4-1 lead.

Raj Kumar Pal produced a stunning shot right inside the D in the 47th minute to reduce the gap to 2-4.  Soon after Australia earned a penalty corner, but Amit Rohidas charges the attempt down. The Indian team produced attacking hockey and put pressure on Australian defence. In the 52nd minute, India earned a penalty corner and Rupinder Pal Singh converted into a goal to lead India’s comeback at 3-4. Both teams played attacking hockey which entertained the crowd.

With one and half minutes to go in the match, India decided to pull out P Sreejesh. With 35 seconds to go, India earned another penalty corner, but the shot went wide. Australia held their nerves to win the match by 4-3.

The second leg will be played at the same ground tomorrow. India slips down to 4th place in the points table.