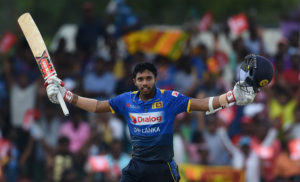 Sri Lanka’s wicketkeeper-batsman Kusal Mendis has been arrested after he hit a 64-year-old cyclist near the country capital Colombo.  The fatal accident took place on Sunday at 5 am in Panadura, just south of Colombo.

The accident took the life of 64 years old before he was admitted to the hospital. Police are conducting an investigation and it is not revealed yet if the resident or Mendis was under the influence of alcohol.


After a few hours of the incident, Sri Lanka’s Daily Mirror released the footage of the deadly accident. The video shows Mendis’ car travelling down a narrow road and colliding with the local cyclist. In the end, the clip also features the damage done to Kusal’s car and the cycle due to the clash.

Sharing the clip of the accident, Daily Mirror wrote, “Cricketer Kusal Mendis was arrested following an accident involving his vehicle that killed a man at Horethuduwa, Panadura early this morning.”

Mendis were supposed to play the two-match Test series against England in March 2020. However, the series got cancelled on the wake of the novel coronavirus outbreak. The batsman was also a part of Sri Lanka’s squad which resumed training after the lockdown was eased in the country.

This is not the first time a Sri Lankan cricketer has been involved in a car accident. In 2003, Koushal Lokurachi was sentenced to jail for a period of four years due to the same reason.

Also, the reports suggest that road accident kills 3000 people every year in the island nation.