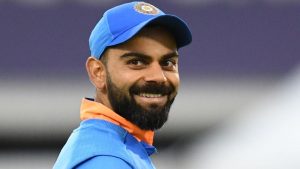 Virat Kohli and his men have not been up to the mark in the ongoing West Indies series when it comes to fielding. The Indian captain himself has expressed his disappointment despite a big win the second ODI and said it is not the representation of the kind of standards that India set.

“Catching has been disappointing. It is not the representation of the kind of standards that we set. It’s very important to maintain standards and live up to it. We are one of the best fielding sides in the world. Fielding is all about wanting the ball. As long as we are enjoying that, we will be right up there,” Kohli said in the post-match press conference.

However, Kohli also had words of praise for the batting department. The Indian captain departed for a rare golden duck, but Rohit Sharma, KL Rahul, and young Shreyas Iyer powered the hosts to a mammoth score of 388 runs in the end. Openers Rohit and Rahul brought 227 runs in the opening stand.

“Rohit and KL were outstanding, the opening partnership set it up. Shreyas and Rishabh, the way they played and scored 55 runs in that two overs. It was fantastic hitting. Credit has to go to openers. Look, the more we get confident while batting first in T20 cricket, we can really go out there and express ourselves. It’s been very nice to see the way we batted first especially after losing the toss. We want to bat the opposition out of the game if we bat first,” he said.

The Indian skipper also gave credit to the youngster Shreyas Iyer separately and believes he is slowly turning out to be the solution for the number four position in the batting department.

“It was made more out of an issue that it actually was (the number 4 conundrum during World Cup). If the number 4 doesn’t get to bat consistently, then it doesn’t help. He’s (Shreyas Iyer) grabbed his chances and performed well. It’s a very tricky situation to come in and we are just happy that a youngster has come in and is playing freely,” Kohli concluded.

West Indies were bowled out for only 280 runs courtesy of leg-spinner Kuldeep Yadav’s brilliant hattrick. The hosts won the game by a huge margin of 107 runs to level the series.