India’s hattrick hero Kuldeep Yadav created history in the second ODI against West Indies after he became the first Indian player to pick his 2nd hat-trick in international cricket and he helped his side to a 107-run win over West Indies. He picked up the wickets of Shai Hope, Jason Holder and Alzarri Joseph to complete his hattrick.

The young leg-spinner is now on brink of achieving yet another milestone as he is only one wicket away from picking up his 100th ODI wicket. If he manages to pick up one wicket in the series decider against West Indies on Sunday, he will become the 8th Indian spinner to achieve this milestone.

Kuldeep will also be the joint-fastest Indian to claim 100 wickets in this format. Fast bowler Mohammad Shami is currently the owner of this record as he reached to 100 ODI wickets in his 55th match. 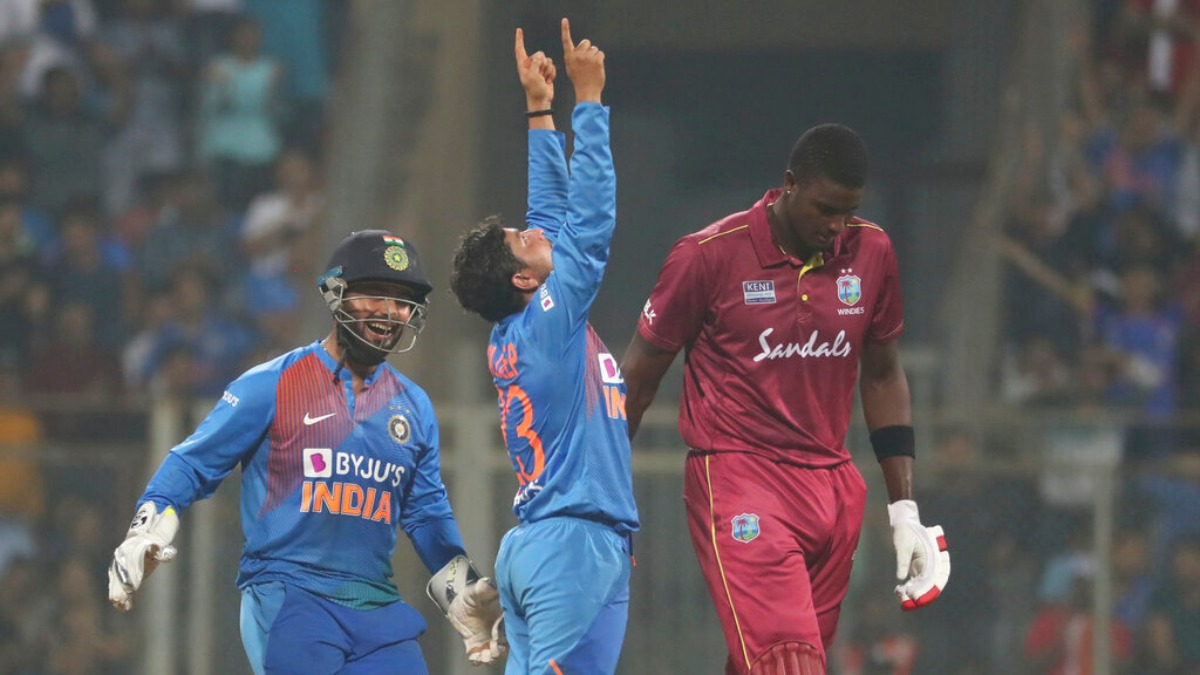 It was a hard few months for the leg-spinner as he was out of the team. But he made a royal comeback in the ongoing ODI series against the Caribbeans. Kuldeep revealed that he worked really hard for the last 4 months to get his place back in the team.

“The last 10 months were very tough for me. After consistent performances, there comes a phase when wickets don’t come by and you start thinking more about your bowling. After World Cup, I was dropped from the team, then I worked really hard for four months,” he said.

Kuldeep said he worked on his variations and also worked with the Indian head coach Ravi Shastri and Bharat Arun.

“I have worked on my variation, pace and accuracy which is why the pace that I have bowled in the last two ODIs had been great. The way I used my variations, I am very happy. I think it is not about new variations but more about varying pace according to nature of the track. In India, the tracks are on the slower side and you need to mix it up — sometimes fast, sometimes slow. I worked with Bharat Arun Sir and Ravi (Shastri) sir, both motivated me,” he concluded. The 25-year old leg-spinner, who is nearing to picking up his 100th ODI wicket has 24 wickets in the longer format of the game while 37 wickets in the T20Is.