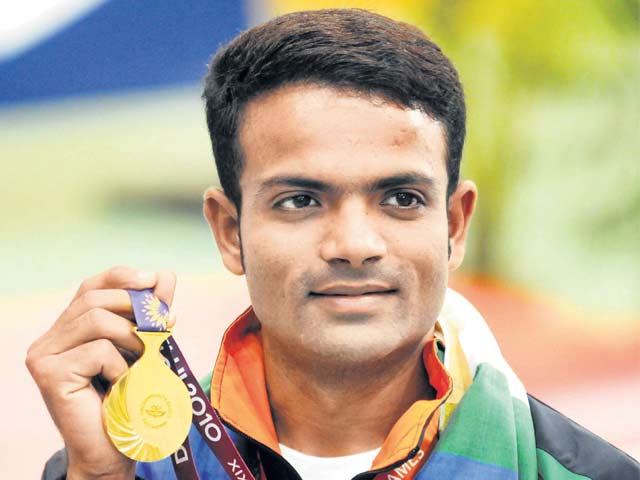 Vijay Kumar Biography: Hon. Captain Subedar Major Vijay Kumar Sharma who is also known as Vijay Kumar, is a well-known shooter from India. The athlete from the Hamirpur district of Himachal Pradesh has made his country proud by achieving numerous titles and medals. One of his biggest achievements is a silver medal that he earned in the 25 m rapid fire pistol discipline at the Summer Olympics in 2012. The 32-year-old shooter has a list of achievements that clearly explains the ultimate glory that he has attained in his sporting career. 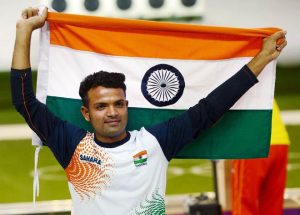 The calm athlete from India inculcated his discipline from the Indian army background. He not only made his country proud but also put Himachal Pradesh’s name in sporting history. Belonging from a middle family, neither did Vijay’s parents nor did he thought of acquiring an Olympic medal. Although practicing shooting is common in the army but Vijay ends up being very passionate about pistol shooting. His father realized firepower in Vijay when he earned a gold medal at the 2003 National Championship. 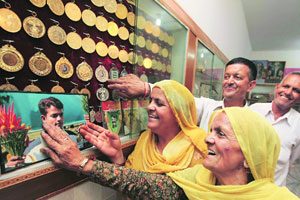 Shooter Vijay Kumar was born on 19th August 1985 in Harsour, Hamirpur, Himachal Pradesh, India. Vijay was born to Banku Ram, a retired Indian Army, & Roshni Devi. Vijay as a kid was always fascinated by his father’s guns. In 2001, he developed an interest in shooting after enrolling in the Indian Army as a sepoy. He was also admitted to the Army Marksmanship Unit (AMU) in 2003 at Mhow. In 2006, his talents secured him a direct promotion from sepoy to havildar (sergeant). Later in 2006, he was promoted to Naib Subedar.

After 15 years of service, Vijay retired from the army in the year, 2017. Now he is completing a bachelor’s degree in Business Administration from Manav Rachna University in Faridabad. He also has been offered a direct-entry position as deputy superintendent of police (DSP) by the Himachal Pradesh state government. 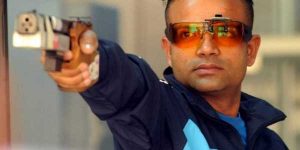 In 2006, he clinched two gold medals at the Commonwealth Games in the individual 25 m rapid fire pistol event and also in pairs event with Pemba Tamang. Later in 2006, he earned a bronze medal at the Asian Games. In the same year, Vijay Kumar awarded the Arjuna Award by the Government of India.

In 2007, Vijay secured a second position at the Asian Championship in the 25 m center fire pistol event. The shooter also earned a silver medal at the World Cup Beijing in 2009 in the rapid-fire pistol event where he was defeated by 0.1 points. In 2009, Vijay got promoted to Subedar based on his seniority from July 2008.

In 2012, Vijay earned a silver medal in the 25 m rapid fire pistol discipline at the London Olympics. Vijay completed with an average score of 9.767 and had a total score of 293 with 7 inner 10s in the first stage. His silver was the second medal for India at the 2012 London Olympics.

In 2014, Vijay Kumar was also selected to be the Indian flag bearer at the Commonwealth Games. In 2014, the Indian trio, Vijay Kumar, Gurpreet Singh, and Pemba Tamang earned the silver medal in the 25 m center fire discipline at the Asian Games in Incheon, South Korea. They scored a total of 1740, two behind gold medallists, China. 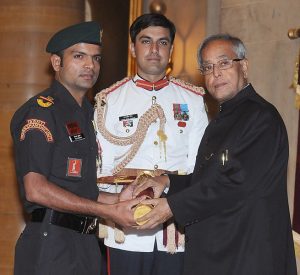 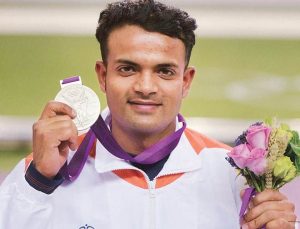 Apart from his glorious performances and achievements, the Indian shooter has not been a part of any controversy.

The primary net worth and income of Vijay Kumar comes from his service in the Indian army and also his sporting profession. He received Rs 1 crore cash award by the Government of Himachal Pradesh & Rs 50 lakh by the Government of Rajasthan for earning a silver medal at the London Olympics in 2012. 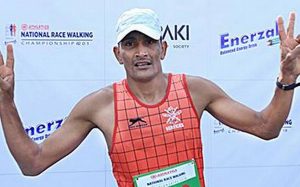 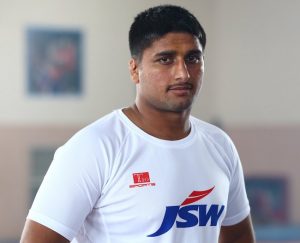 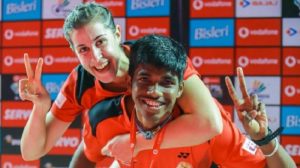 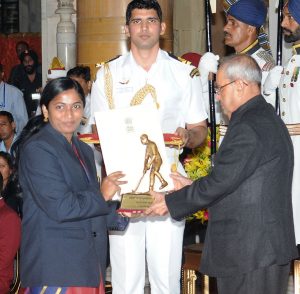