England vs New Zealand World Cup 2019 Final: Over 45 days of thrilling action, glaring sentiments, heartbreaks and joy will see the end today as hosts England take on New Zealand in the World Cup 2019 final. Whoever wins, one thing is for certain; the World Cup is going to see a new champion. Both England and New Zealand have failed to win the Cup ever despite getting close. 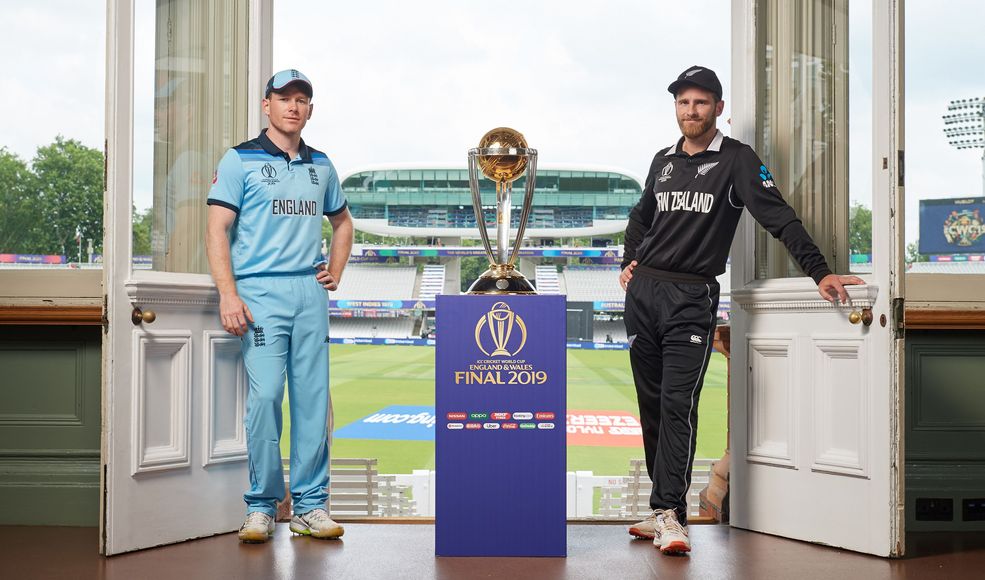 While New Zealand has reached their 2nd final in succession, England has made it to the final after 29 years with the last being in 1992, where they lost to Pakistan.

England has the momentum on their side, having won their last 3 games, and against top sides- India, New Zealand and Australia. What’s even better than that is the way they have beaten those quality sides. England dominated all the three games and gave their opponents no chance.

New Zealand, on the other hand, lost their momentum in the final phases of the tournament, having lost their last 3 league games, but the positive result against India in the semi-final would do their confidence a World of good and they would be ready to take on any side in the World.

Head to Head in World Cups: ENG vs NZ

The final will be played at the Mecca of cricket- Lord’s. There have been a few matches in this World Cup at Lord’s and left-arm seamers seem to have had a happy outing. Right from Trent Boult to Shaheen Afridi to Mitchell Starc, all have had brilliant spells here and have taken fifers.

Kane Williamson will have to shoulder the batting responsibility yet again and ensure he is among the runs for his side to have any chance in this contest.

Boult vs the England openers: The way Bairstow and Roy approach Boult and how Boult, bowls to these two would have a large impact on the game. This will set the tone of the game.

Williamson vs English attack:  Williamson has been New Zealand’s leading run-getter with 548 runs. He will have to yet again take the lead and how he plays a different variety of English bowling would direct the course of the game.

Morgan, Stokes, and Buttler vs New Zealand middle-overs bowling: New Zealand’s three premier seamers are in top form, however, the lack of wicket-taking options in the middle overs might prove troublesome for the Kiwis. Even against India, New Zealand lost the grip and could have conceded the game. How they bowl to the English lower middle order given their swashbuckling abilities would be interesting to see. This shall be a match-defining moment.

On form and quality of the two sides, I would stick my neck out and say the Cup is staying Home! England, it is for me.