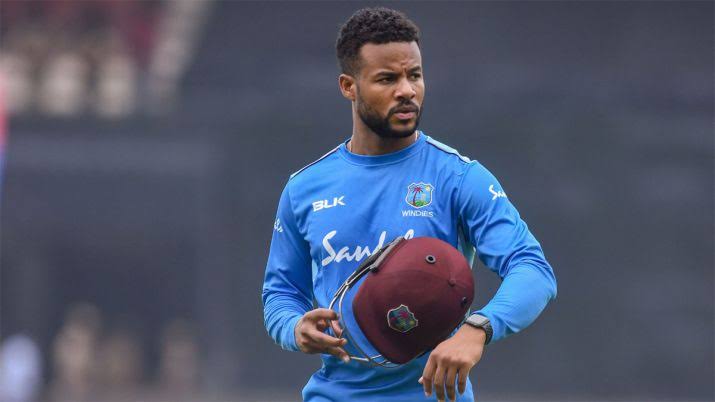 West Indian batter Shai Hope did admit that Thursday’s auctions will be in the minds of some of his teammates as the side takes on India in the second ODI at Vizag on December 18. He, however, is not too perturbed by the auctions, and instead has his eyes fixed on playing yet another match-winning knock so that Windies can take an unassailable lead in the series after they defeated India in Chennai. Hope scored an unbeaten hundred in the first game to help his side over the line in the first ODI.

Talking about the auctions, Hope said, “I am sure it would be but I am sure that’s secondary. We came here to play a series against India so whatever comes secondary is secondary,” Hope said on the eve of the second game. “I am sure some of the guys will be looking forward to the auction but we have an India series to play and that’s the main thing right now,” he added.

“Thanks for heads up (on numbers). Obviously I have to ask the bowlers to do some damage as well,” he smilingly replied “As a batsman, you want to contribute as much as possible and if it helps the team win even more satisfying. Hopefully, we can remove them at the top and then get some big runs and get to the top of that run-getters list,” he said.

Hope played a patient knock on Sunday and held one end up even as Shimron Hetmyer was going after the bowling. On being asked whether he wanted to up the ante to impress the IPL teams, Hope replied in the negative and stated that the team’s needs were his number one priority. “It’s about doing what the team requires. If the chase required me to step it up, I can do that as well.

“I think it’s difficult for me when you see someone at the other end going so easy. You just want to join the party but I have to keep reminding myself that I can’t let the opposition make inroads. “If one man is attacking at the other end, it’s not necessary to have a go if the run rate is under control. Key is to be aware of what the team needs.”