Sandeep Kumar Biography: Sandeep Kumar is one of the well-known rowers from India. Kumar represented India in the Men’s lightweight double sculls at the London Olympics 2012. 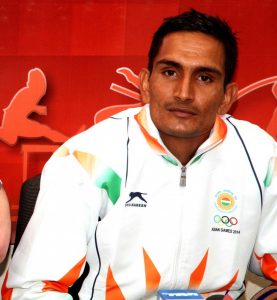 The rower hailing from Rajasthan started his professional career in Rowing in 2007.

Sandeep Kumar was born on 12 August 1988 in Gudha Gorji, Rajasthan, India. Sandeep has completed his graduation from the College of Military Engineering in Pune. 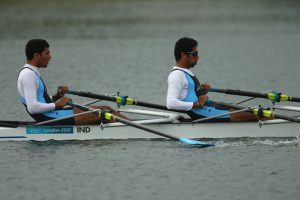 In 2012, Sandeep Kumar along with Manjeet Singh represented India at the London Olympics in the Men’s lightweight double sculls held in the Eton Dorney Rowing Centre on August 04.

India’s journey at the London Olympics in the rowing ended when the pair finished second last in the Men’s lightweight double sculls event.

Sandeep Kumar and Manjeet Singh failed to earn a wooden spoon after beaten by the Egyptian team including Omar Emira and Mohamed Nofel with a clock time of 7:08:39.

Earlier in 2009, Sandeep earned a silver medal at the 13th Asian Rowing Championship in the Lightweight double sculls.

Last year, the rower also earned a gold medal at the All India Police Rowing Championships on September 25 in the M1X discipline.

Apart from his performances, the Indian rower has never been involved in a controversy in his career.

The primary income and net worth of Sandeep Kumar come from his sporting career.