Mohan Kumar Raja is an Indian sprinter who was a part of the six member 4x400m relay team. He represented India at the 2016 Rio Olympics. Mohan is till now the youngest Indian athlete to take part at Olympics at just 19 years of age.

Mohan was born in Mangalapuram, situated in Ambattur in the city of Chennai. He was born on 14 December 1994  in a family of moderate means. His parents always wanted to educate their children knowing that only education can bring out of poverty and make their children’s future brighter.

Since his childhood, Mohan was not much interested in studies. At the age of 11, he watched Usain Bolt streak past the finish line at the Beijing Olympics at record speed to be crowned the world’s fastest man. It was then when he decided to pursue his passion for track and field events. That incident, in fact, made him promise himself to participate in the Olympics and win a medal for the country. He started practicing athletics when he was 11 years old. He used to spend his time mostly outdoors rather than studying. His family supported his passion as he practiced along the fields and roads running.

Mohan belonged to a poor family.  His father was a small contractor for the local municipal corporation. Once when Mohan was in class 1, he fell sick during the exams and he failed as he couldn’t study properly due to his sickness. Since then, Mohan’s inclination for the studies started reducing. In fact he had different plans. Running meant to him more than anything. But that slowly started hampering his grades in school. Mohan’s parents were very concerned for his studies. He had to wake up early in the morning and go to his tuition at 5 am every morning in order to score better marks in exams.

It was against Mohan’s will but he had to abide by his parents’ wish.  Mohan’s PT teacher was the one who supported him in following his passion. As an Under 14 boy, he used to run 400 m in 53 seconds.  His PT teacher continued to train him until he enrolled himself in college. Mohan failed in class IX and was bitterly asked to leave the school. It was his PT Teacher who convinced the school management to consider Mohan as he told them “please don’t tamper with the life of a budding athlete”.  His PT master continued to train him through his school days and by the time he entered college he could run 400 m in 49 seconds. 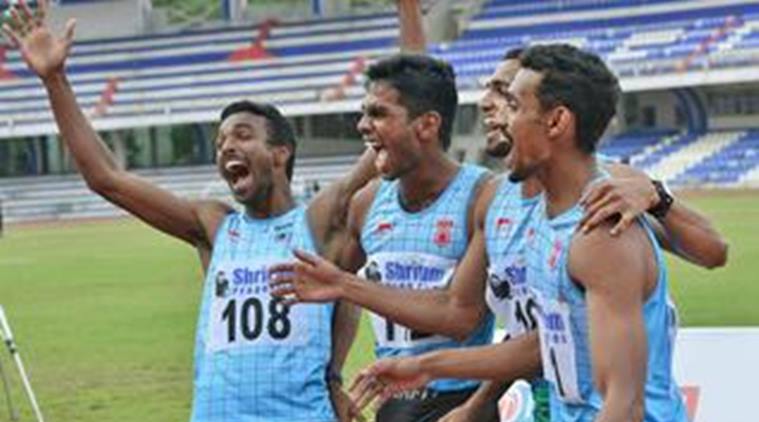 Mohan’s family understood his passion for the sports and didn’t hamper his interest in athletics. At the A L Mudaliar meet in Chennai in 2014 he bagged a double – 200 and 400 mts_ and earned the honour of being the best male athlete. Winning that tournament, Mohan earned a National recognition.

The National Games in Kerala added gloss to his adeptness. At the Federation Cup in New Delhi, Mohan came into the top eight in the 400 m and was selected in the group that was sent to Poland for training. Mohan has won many medals for his college, DG Vaishnav, where he pursued his BA in Economics. Mohan along with his team ran 4 x 400 m relay and secured gold at the National Games that earned him a berth for the 2016 Rio Olympics. At the age of 19, Mohan became the youngest athlete from the Indian contingent to take part in the Olympic Games. His father who had understood his passion for athletics had to pawn out his mother’s jewelry to buy Mohan the spikes to run in order to have his preparation for the Rio Olympics.

Most of Mohan’s fortune comes from athletics and his estimated net worth is around $100 k. He was once given Rs.  1 Lakh by Chief Minister Jayalalitha in 2015, he used all those money to fund his sister’s marriage.