Biography of Roman Reigns: The WWE has seen many superstars over the times that have made their space amongst the big bunch of professional wrestlers around and Roman Reigns is certainly one of them. Entering into the WWE arena a few years back, he has become one of the most followed and cherished superstars in the sports entertainment history by now. Starting his career as a football player in the USA, Roman simply went through a fairytale of a career in the WWE which has seen him bringing on some splendid and memorable performances in the ring. 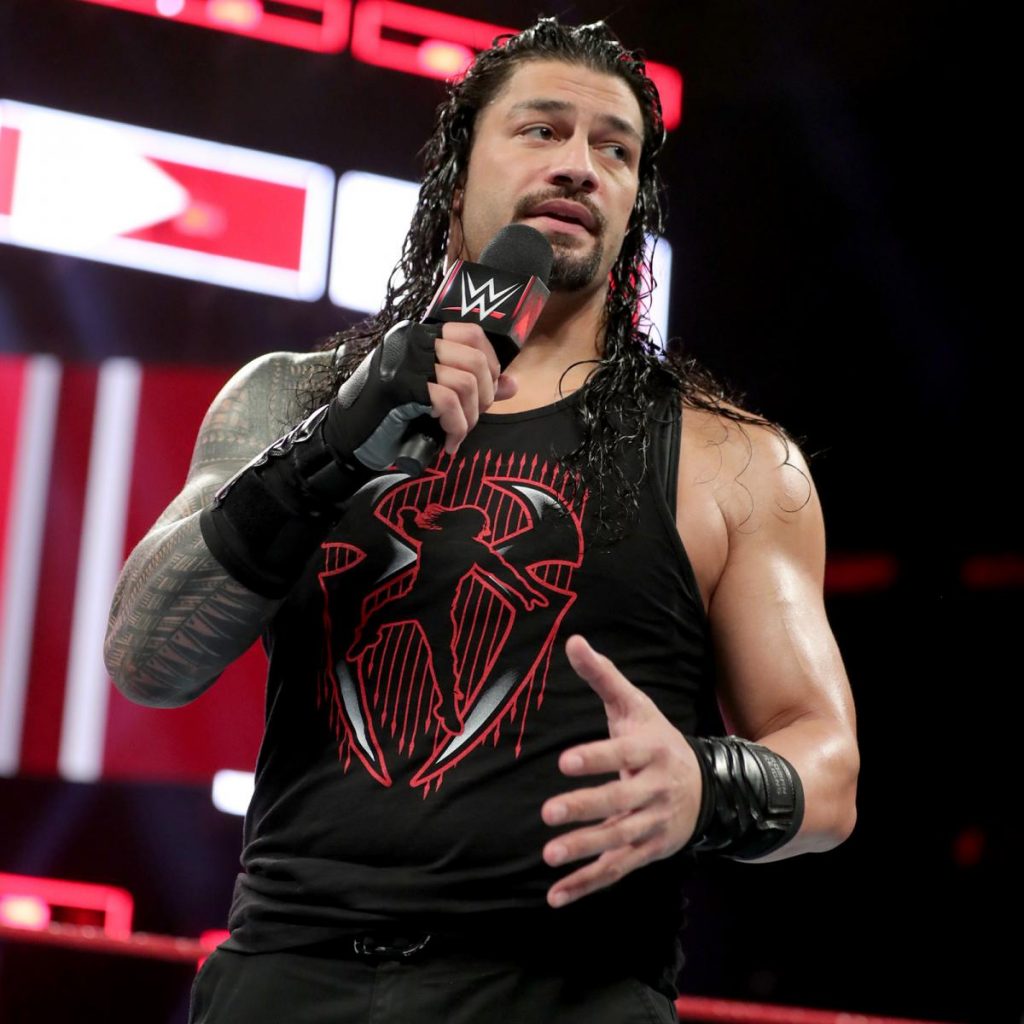 Roman Reigns aka late Joseph “Joe” Anoa’ I was born on 25th May 1985 in Pensacola, Florida. As of now, he has been a regular performer in the RAW brand of WWE and one of the most sought after performers in the same industry. 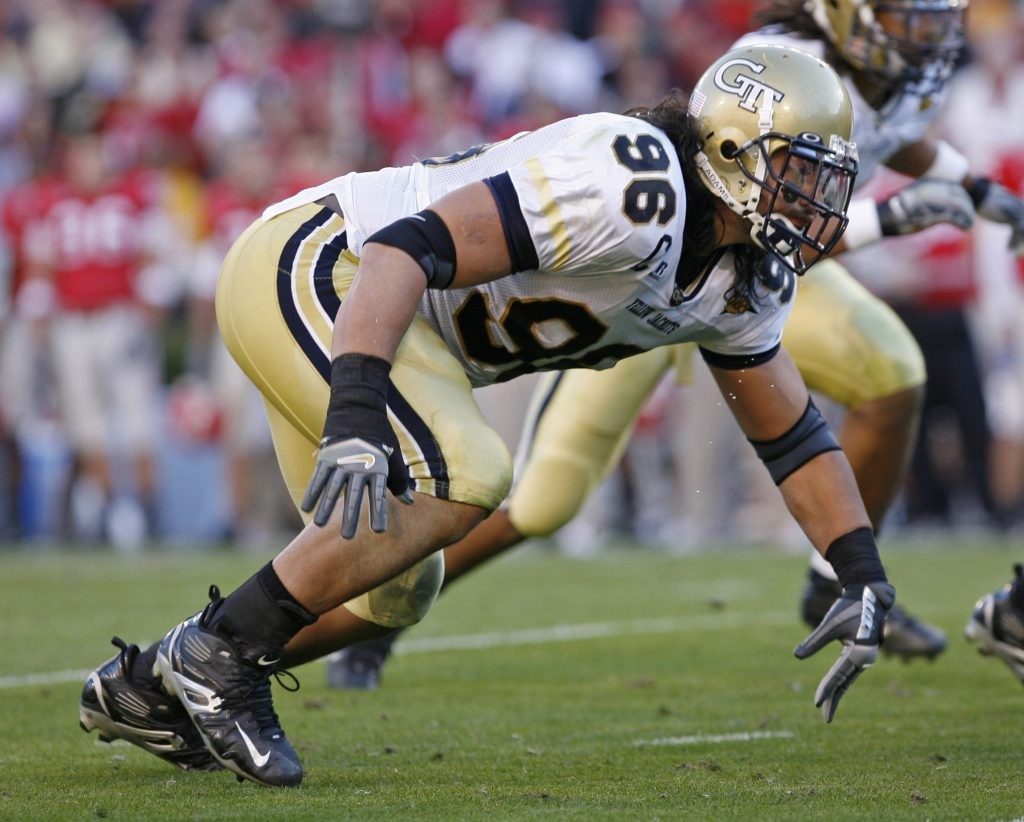 It is quite interesting to know that Roman Reigns wasn’t really a wrestler from the start and he began playing football in the initial days with the famous names like Minnesota Vikings and Jacksonville Jaguars in their national football league way back in 2007. After having a good time in the National football league, he then moved on to Canada to join the Canadian football league for the team of Edmonton Eskimos. He was released in the year 2008 and this was the time when his football career ended eventually.

Roman Reigns is half Samoan and Half Italian and he belonged to a family of professional wrestlers. His father Sika Anna’ I and brother Rosey were both professional wrestlers but unluckily they both died to prolonged illness. Moreover, he is a cousin to former WWE superstars Yokozuna, Rikishi, and Umaga who have been earned a lot of reputation in the WWE history in the past few decades. On the other side, famous WWE superstar and Hollywood actor is also the non-biological cousin of Roman Reigns. 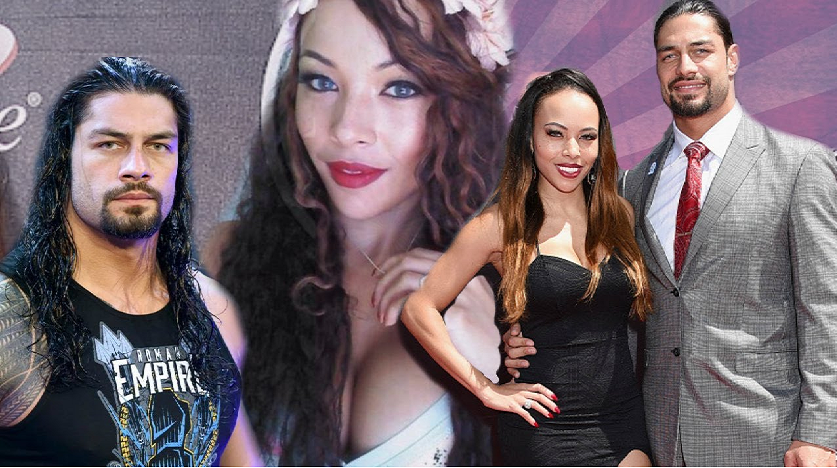 Roman got married to Galina Joelle Becker in the year 2014 and they had a daughter named Joelle along with two twin boys.

Roman Reigns Journey in the WWE

Biography of Roman Reigns: Reigns switched over to wrestling after getting retired from National football league in 2010 and signed a contract with WWE who then sent him to their Florida championship wrestling territory ( FCW). He then went on to make his debut in the same show in the September edition with the name Roman Leakee. It was only after WWE renamed FCW as WWE NXT, Roman changed his ring name form Roman leakee to Roman Reigns. It was right there when his journey in the main roster of WWE got kick-started.

Making His RAW Debut With The “SHIELD”

Roman Reigns made his debut in the WWE main roster with “The SHIELD” which was comprised of names like Seth Rollins and Dean Ambrose. The team made their first-ever appearance on the RAW show during the triple threat match between the CM Punk, John Cena and Ryback at the famous PPV, survivor series. During the match, they entered the arena and attacked Ryback from nowhere and the match ended in a disqualification eventually. 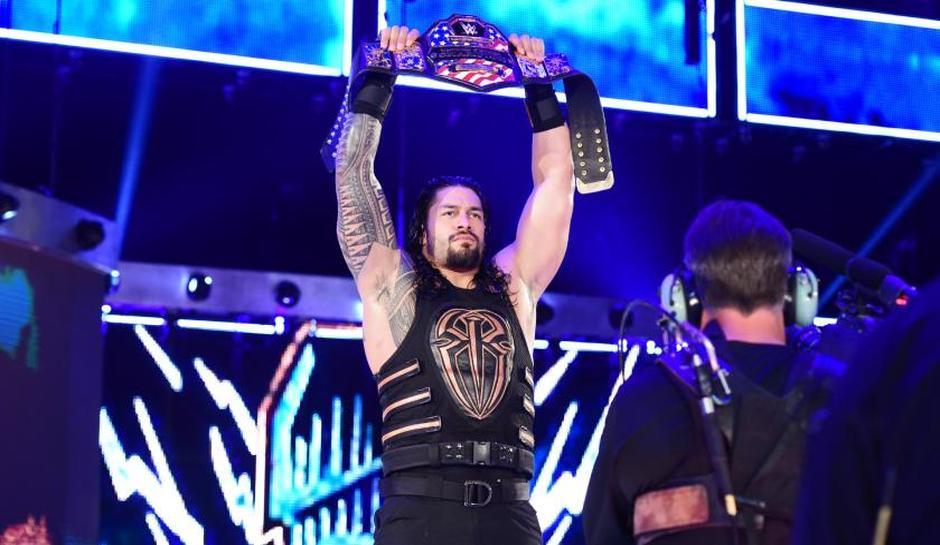 Ryback has been beaten down by the gang and has been thrown down the announcing table at the end which later becomes the signature move of the “Shield” in the coming times. The “shield” worked with the notion of battling against any kind of injustice and this is how they defended every action of theirs in the RAW show. Initially, they were all out whilst banging down the opponents of CM punk in almost every match.

Getting off as a Solo Performer in WWE

Shield eventually got differences between them and they broke after certain feuds between Dean Ambrose and Seth Rollins in one of the tag team matches. This was the time when Roam started off as a solo performer in WWE and brought himself off for the WWE championship contention. Still, he hasn’t been able to put his hands on the title as he got defeated in the championship matches at “Money in the bank” and “Battleground”. He then got involved in a feud with Randy Orton whom he defeated in the “summer slam “pay per view. 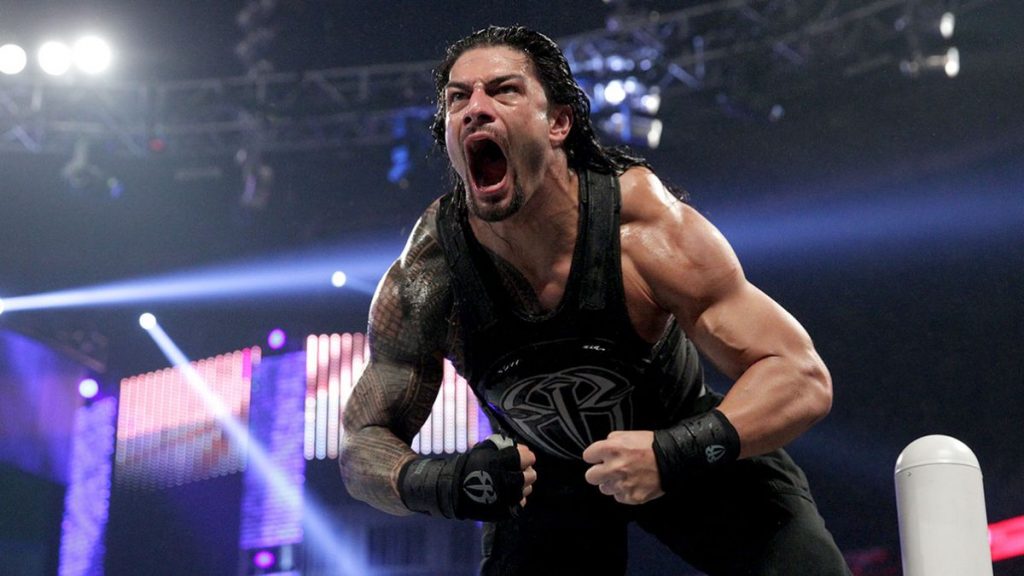 Biography of Roman Reigns: It was during the RAW show on 26th October 2015 when Roman Reigns got involved in a fatal four-way match involving names like Alberto Del Rio, Dolph Ziggler, and Kevin Owens. Eventually, he won the match and became the number one contender for the WWE heavyweight title. On the other side, WWE championship title was been vacated as Seth Rollins got off to an injury and this is where Roman reigns grabbed the title for the very first time while winning the title tournament.

Although his title reign was shortened by Sheamus who cashed in his money in the bank contract and beat him down along with Triple H to take the title away from Reigns. 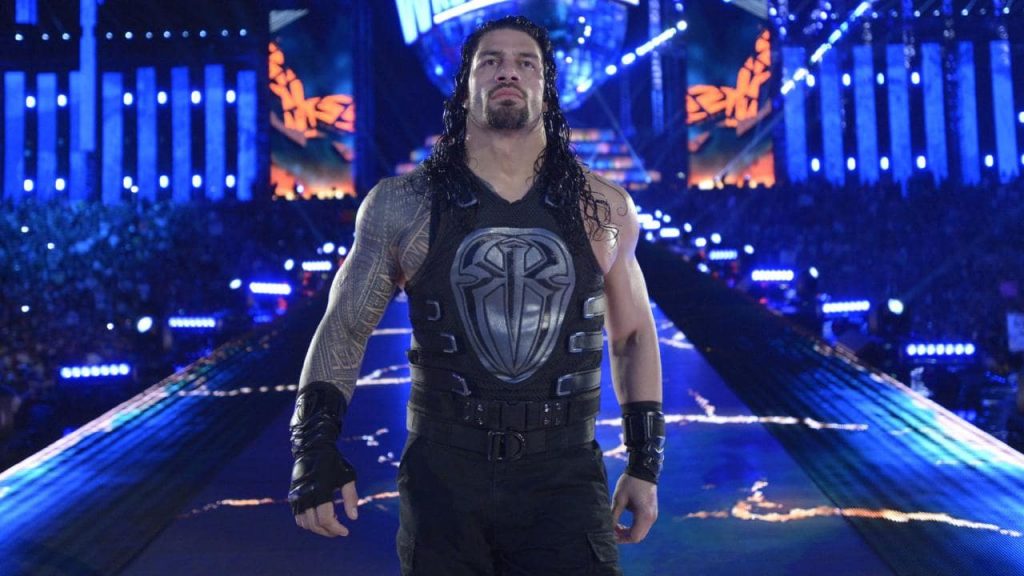 Quite Recently, he took a break from WWE to went along with his treatment for Leukemia and after a gap of around 6 months, he fought his first bout in the Wrestle Mania 35. Although he still looks like a bit weak and rusty, it’s all a matter of just a few days for the ‘Big dog; to come back in his old shape.

The Net Worth of Roman Reigns 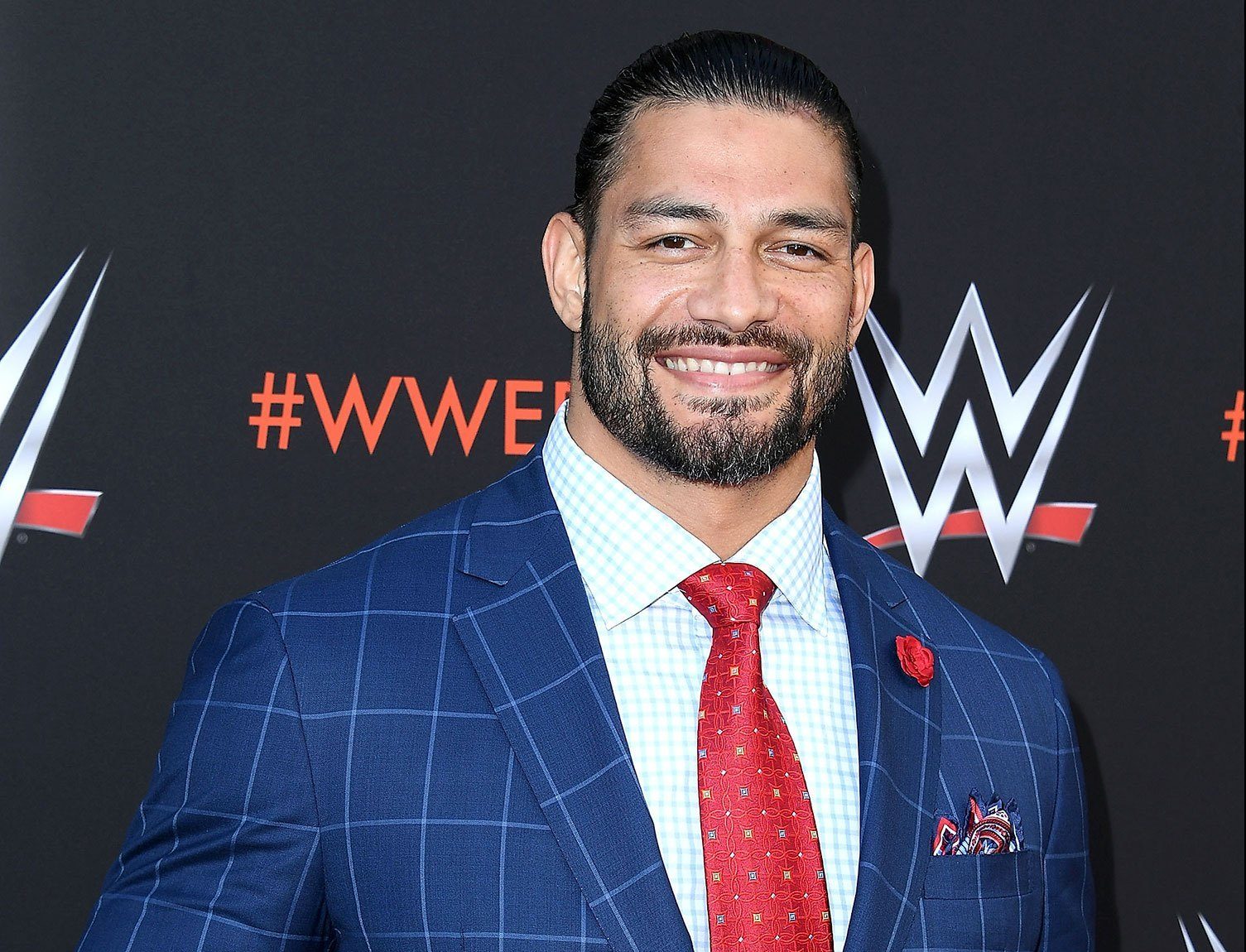 Roman Reigns is a professional wrestler in WWE currently and gets most of his income From his on-stage performances along with few of the reality shows produced by WWE. Moreover, he has been a part of few movies and the latest one in the list is “Hobbs and Shaw” which features his cousin and former WWE superstar, the Rock. His Current net worth is $12 million and he is going nice and high with his career at WWE.