BCCI to Invite for Team India Support Staff: The Board of Cricket for Control in India (BCCI) is going to be inviting applications for posts in Indian Cricket Team’s support staff, comprising of head coach, bowling coach, batting coach, and fielding coach, trainer and physio.

While team India’s physio and trainer, Patrick Farhart and Shankar Basu have called it quits from their respective positions, bowling coach Bharat Arun, batting coach Sanjay Bangar and fielding coach R Sridhar all can re-apply for the position. 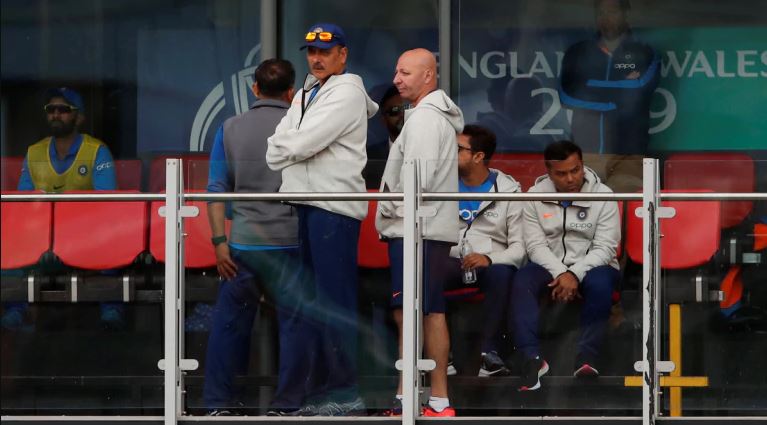 If Ravi Shastri has to keep his position as the Chief Coach of the team, he has to re-apply for the position. Shastri’s period as the chief coach will expire in a month after the series against West Indies.

The support staff has currently been given a 45-day extension period following the World Cup to stay with the team for the West Indies tour, starting from August 3, running up to September 3.

“The job openings will put be up on our website in a day or two. Besides the support staff, fresh applications will also be invited for the post of team manager,” a BCCI official told PTI.

The applicants need to submit their entries by 30th July, 5:00 PM and must have:
a) Played 30 tests or 50 ODIs
b) Coached an International side for two years or spent three years with an IPL team/Associate team/A team 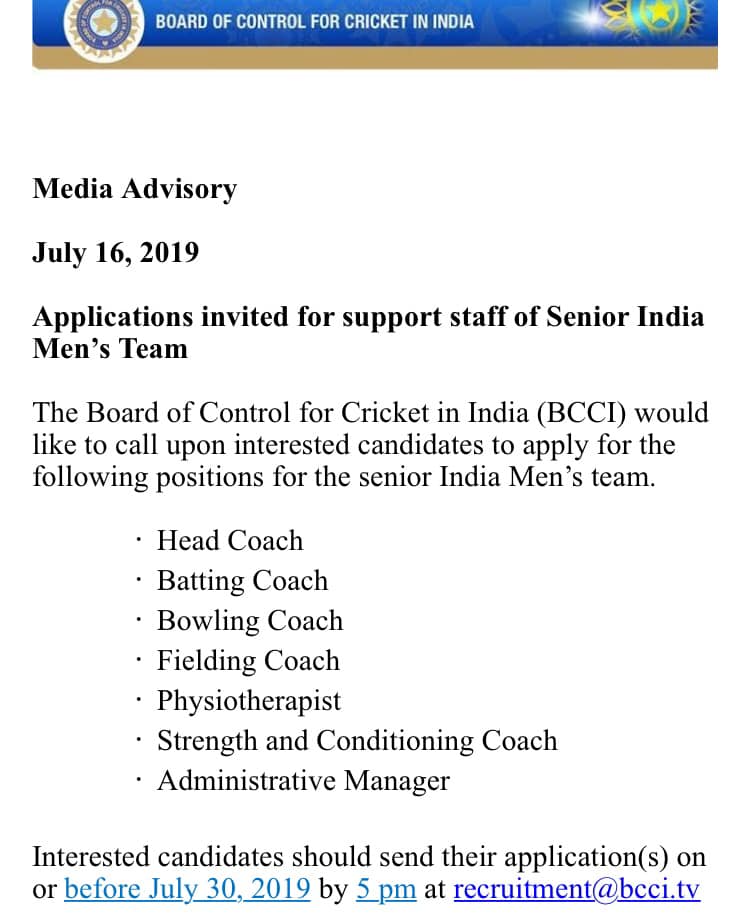 Having reached the number one position in the league stage, India went down in the semi-final against New Zealand, losing the match by 18 runs. In pursuit of a modest 239, India lost 5 wickets for just 71 runs, however, MS Dhoni and Ravindra Jadeja kept them in the hunt before Jadeja fell in the 48th over. A heart-breaking run-out of MS Dhoni in the 49th over, then sealed the match for New Zealand.

The defeat has now also raised questions over Virat Kohli’s captaincy, and one wouldn’t be too surprised if the selectors hand the leadership duties to Rohit Sharma.

India will tour West Indies in their next assignment, comprising of three T20s and 3 One-day Internationals, and two tests.
The Indian team for the West Indies tour will be announced on July 19. Pace spearhead and Indian skipper, Jasprit Bumrah and Virat Kohli are expected to be rested for the One-Day and T-20 series before returning for the two Tests, beginning from August 22.