Cassie McIntosh, popularly known by her in-ring name Peyton Royce, is an Australian professional wrestler, currently working in World Wrestling Entertainment on Smackdown brand. Cassie developed her interest in professional wrestling at a very young age of 17 when she joined  Pro Wrestling Women’s Alliance (PWWA)  with the ring name KC Cassidy in 2009.

With her involvement in the professional wrestling business, Cassie started participating in wrestling promotions such as  Shine Wrestling, New Horizons Pro Wrestling, Melbourne City Wrestling and Riot City Wrestling.
Cassie is a one-time Prairie Wrestling Alliance (PWA) Women’s Champion and even won the Vera and Jenny Memorial Cup in support of breast cancer in 2014. Cassie was signed in WWE in 2015 for NXT and currently performing on Smackdown, where she bagged WWE Women’s Tag Team Championship once with Billie Kay. 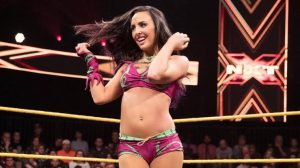 EARLY LIFE
Cassie McIntosh was born on 10 November 1992 in Sydney, New South Wales, Australia. McIntosh persuaded her graduation from Westfield Sports High School with  Billie Kay. She lived in Sydney with her older brother and parents as a child but later on, moved to Melbourne. Lance Storm Lance Storm trained her before making her entry into the world of wrestling.

Her parents separated and later her mother remarried. Peyton is closed to her stepfather like her biological father. 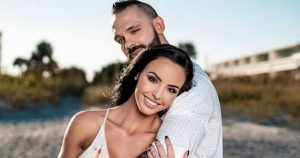 PERSONAL LIFE
Cassie resides in Orlando, Florida, the United States with her husband Tye Dillinger, who happens to be a WWE superstar. The couple tied a know in August 2019, and are living happily ever after.
PROFESSIONAL LIFE
Royce started her professional wrestling debut in 2009 by joining  Pro Wrestling Women’s Alliance having an in-ring name, KC Cassidy. She has her first match in a tag team match with Robbie Eagles where she defeated Madison Eagles and Mike Valuable. Royce also appeared in  American all-female promotion Shimmer Women Athletes and Shine Wrestling event. Royce devoted her six years from 2009 to 2015 to Independent Circuit.
In 2015, Royce was assigned as NXT trainee in the WWE. She made her WWE’s television debut with a loss against then NXT Champion Sasha Banks. During her tenure in NXT, she feuded with divas such as Bayley, Carmella, Nikki Cross, Ember Moon and many more. Royce formed a tag team with Billie Kay named as The Iconic Duo. Royce wrestled her last NXT match against Ember Moon, however, she lost the battle.
In 2018, Royce made a huge WWE’s main roster debut with Wrestlemania 34, where she battled in the first WrestleMania Women’s Battle Royal.  Royce and Kay as The IIconics joined Smackdown brand in the same year, where bagged their first win against  Asuka and Becky Lynch.  The IIconics also participated at the WWE Super Show-Down and WWE’s first all-women’s pay–per–view, Evolution. 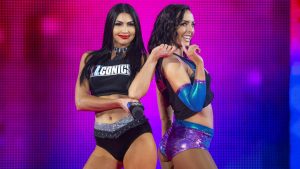 The IIconics began their feud with Banks and Bayley leading their match for  Women’s Tag Team Championship at Wrestlemania 35. During the Wrestlemania event, The IIconics bagged the title from Bayley and Banks, making them the Women’s Tag Team Champions for the first time. Royce can be considered as one of the most beautiful divas in WWE history.
Royce made her WWE video game debut as a playable character in WWE 2K18 and now in WWE 2K19.
HONORS
Ranked 43 of the top 50 female wrestlers in the PWI Female 50 in 2017
NXT Year-End Award- Breakout of the Year in 2016 with Billie Kay 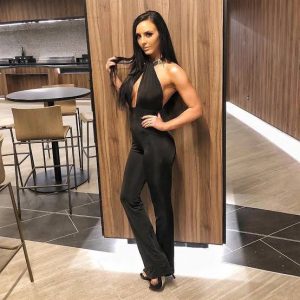 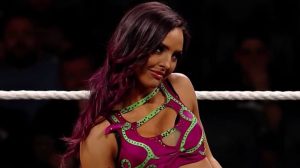 Peyton Royce’s Net Worth is estimated to be $1 Million.

A journalist apologized to Royce after he publicly body-shamed an Australian WWE female wrestler. He said that Peyton Royce was ‘more attractive’ when she was ‘lighter’.