In the next match of Serie A, Torino will be hosting AC Milan at home. Both the teams have had an inconsistent start to the season winning 2 and losing 2 games. Torino is currently at 10th spot while AC Milan is just below them at 11th place. 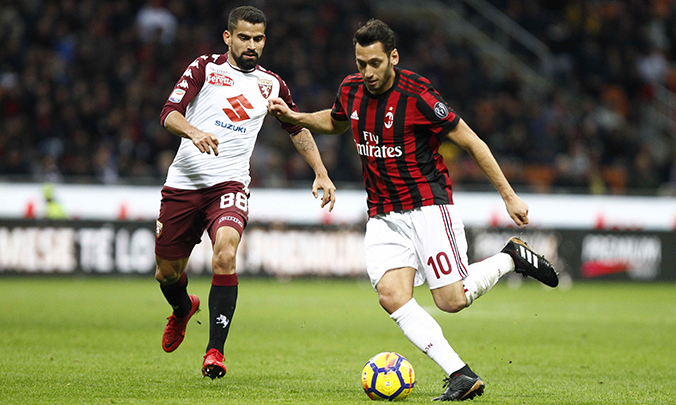 The match is scheduled to start at 12:30 AM IST, on 27th September 2019. The match will be played at Olimpico di Torino, home of Torino.

The match will be broadcasted on Sony Ten Network.  Live score updates are available on Serie A website.

Andrea Belotti – The striker apart from his strong finishing skills also contributes well in the defense as well. He has scored 2 goals so far.

Daniele Baselli –The midfielder is the playmaker of the team who not only delivers through balls and key passes but also contributes at the back as well. He has made 2 assists till now.

Hakan Calhanoglu – The Turkish attacking midfielder makes consistently makes through balls and crosses the ball. He has scored 1 goal so far.

Suso – The Spanish attacking midfielder has a strong long shot and passing ability. He makes the key passes; he has 1 assist till now. 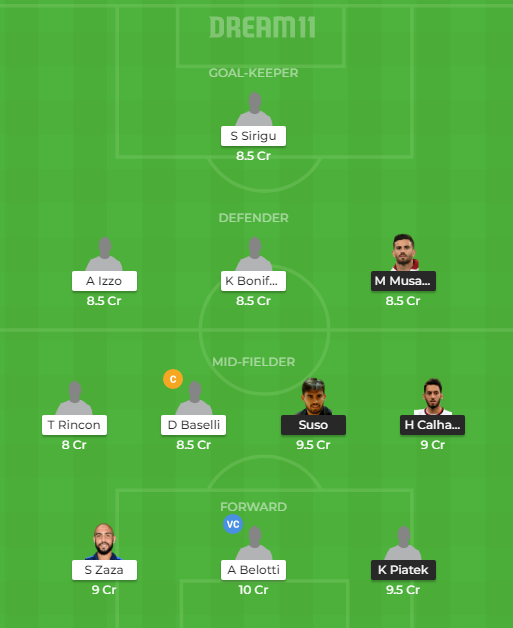