Despite more than three-fourth of the 2019-20 NBA regular-season gone, the playoff picture is still not clear. Other than a handful of the team in both the conferences, almost every team hovering outside the top-8 can still make the cut for the coveted NBA post-season. It is that stage in the campaign where every win is like a Goldust and every defeat could prove to be catastrophic. Here we bring you the roundup of important NBA matches played on February 29 (IST) across both the conferences.


If you are an NBA fan, this was the game supposed to give you the nail-biting, edge of the seat stuff, armed with a topsy-turvy emotional ride kind of stuff. The reason being, the Denver Nuggets and the Los Angeles Clippers, 2nd and 3rd respectively in the West, know the importance of 2nd place in the Western Conference, and so were assumed to go with full heavy mettle in this game.

But the Clippers pounded the Nuggets as if they were the team with a negative deficit, and struggling and not the team in the race for the ultimate things, as Doc Rivers’ men beat them 132-103 at Staples Center, to move level with Nuggets on 40-19 record this season.

Kawhi Leonard (19 points) and Paul George did most of the damage, with the latter going for a game-high 24 points, but it’s the depth on Clippers’ roster which made the telling difference, an ominous sign for all the teams.

Out of 132 points, the Clippers got a massive 75 from their second unit, led by Montrezl Harrell, double-double with 18 points, and 10 rebounds. Leo Williams scored 17 points, while Reggie Jackson had his best game in a Clippers shirt with 10 points, 7 assists and 8 rebounds in just 19 minutes.

For Nuggets, Nikola Jokic ended with the team’s best efforts, scoring 21 points, to go with 9 rebounds, while Will Barton (18 pts) and Jerami Grant (20 pts) also had a good game as well. 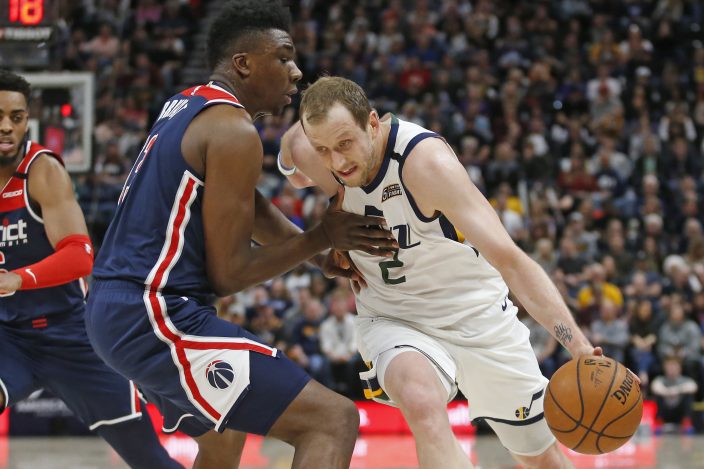 Utah Jazz ended their four-game skid with a 129-119 win over the Washington Wizards.

That said, the Jazz looked exactly like the team which lost the last four games, as they committed bad turnovers, the passing was not up to the mark and shots kept going awry in the initial stages. At that stage, it looked the Jazz could end with their 5th straight defeat. Utah trailed by two points going into the break.

But the Jazz showed much-improved performance in the second half and pulled clear with a 32-21 show in the third quarter. Donovan Mitchell’s 30 points and 8 rebounds certainly helped the cause. Mid-season signing Jordan Clarkson dropped 20 points and 8 rebounds from the bench, while Bojan Bogdanovic and Mike Conley scored 21 and 16 points respectively. The big worry for Jazz is the stuttering form of Rudy Gobert, who struggled on both ends of the court.

The game’s best efforts belonged to Washington’s Wizard Bradley Beal, who had another monster game here, dropping a magnificent double-double with 42 points and 10 assists.

With that win, the Jazz improved their regular-season record to 37-22, three games behind 2nd placed Denver Nuggets (40-19). They will start a four-game Eastern Conference swing with a game at Cleveland Cavaliers on Tuesday morning (IST). 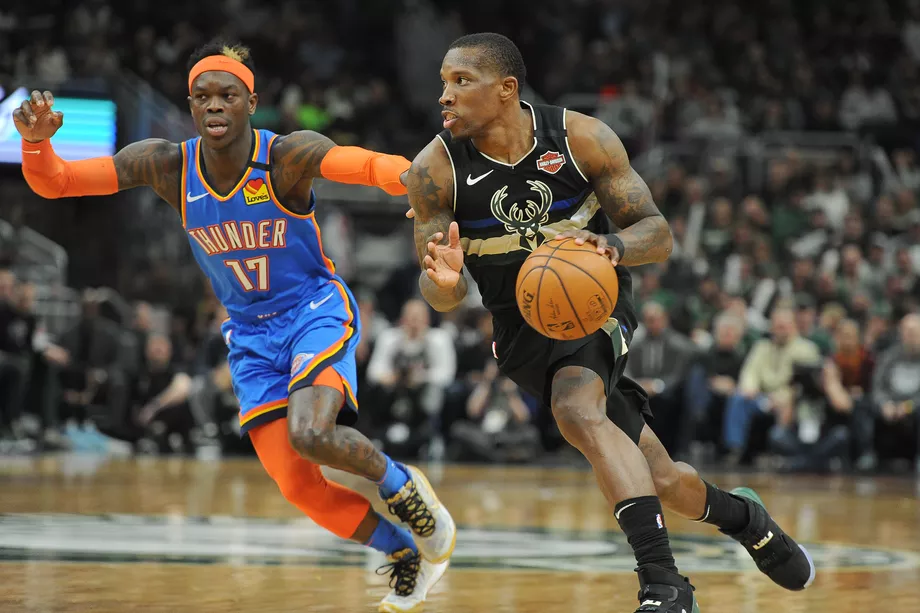 Eastern Conference leaders Milwaukee Bucks mauled the Oklahoma City Thunder 133-86 at Fiserv Forum. The 47-point defeat was the worst for the Thunder this season.

Reigning MVP Giannis Antetokounmpi scored yet another double-double with 32-points and 13 rebounds and showed why he is a frontrunner to do the double this season. Khris Middleton missed the game but the Bucks found the offence in George Hill (14 pts), Pat Connaughton (14 points) and Robin Lopez (12 pts).

For OKC, Chris Paul led with 18 points, while Shai Gilgeous-Alexander was the only other player to score in the double digits for the team.