Avneet Kaur Sidhu Biography: The first shooter in women category from Punjab to represent India at the 2008 Olympic Beijing Games, Avneet Kaur Sidhu has earned over 100 medals in both national & International competitions.

Also, the first Punjab based woman shooter to earn laurels at the Commonwealth, as well as Asian Games, was awarded the Arjuna Award by the Government of India in 2008. 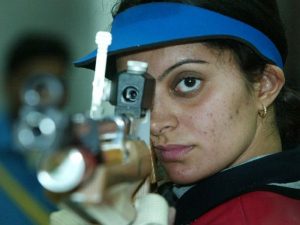 Avneet began her shooting journey in 2001 when she was studying at the Dasmesh Girls’ College, Badal. From the very beginning, Avneet impressed everyone with her talent.

In a short period of six years, Avneet successfully reached the top & clinched a gold medal and a silver at the 18th Commonwealth Games in 2006 held at Melbourne, Australia. 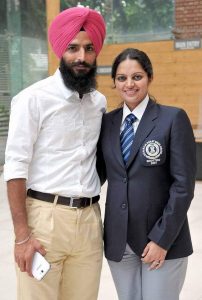 Avneet Kaur Sidhu was born on 30 October 1981 in Punjab, India. She was born to Amritpal Singh Sidhu.

Sidhu completed her schooling from the St. Joseph’s Convent School in Bathinda.

In 2001, Avneet began her career (shooting) while studying Bachelor in Computer Applications degree in the Dasmesh Girls College in Badal.

In 2005, the Punjab based shooter completed her M.A in English Literature.

Avneet also worked as an Assistant Manager in Air India.

Acknowledging the achievements shooter Avneet Kaur Sidhu from Bathinda has brought to her state, the Punjab government awarded her the post of DSP (deputy superintendent of police). 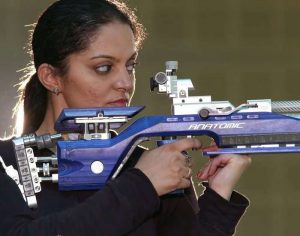 In 2006, Avneet Kaur Sidhu became the 6th athlete of India to secure a place in the 2008 Olympic Games by earning an Olympic quota in the 49th World Shooting Championship in Zagreb, Croatia.

Among her list of achievements, the bronze medal that Avneet earned at the 15th Asian Games in Doha, Qatar in 2006, another bronze medal at the 11th Asian Shooting Championships in Kuwait & also the gold at the AISL Australia Cup II in Sydney in the year 2008 are some of her significant winnings.

Throughout her shooting career, Avneet had earned a dozen of gold medals and numerous silvers & bronze medals at various national as well as international competitions.

The Indian shooter has also represented her homeland in a total of 12 World Cups.

In 2006, Avneet scored 397 out of 400 at the World Championships which earned him an Olympic quota for India.

She tied the knots with the former captain of India Hockey Team, Rajpal Singh. The couple also has a son. 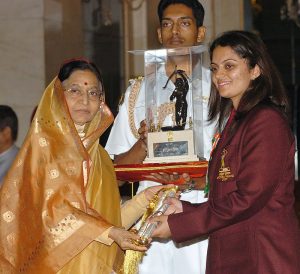 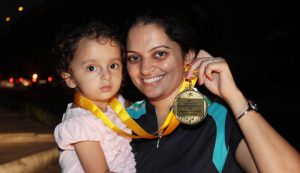 Apart from her awards, achievements, and performances, Indian shooter Avneet Kaur Sidhu has never been a part of any controversy.

The primary income and net worth of Avneet Kaur Sidhu come from her service in the Punjab Police and also her sporting career.