Manjeet Singh Biography: Manjeet Singh is one of the talented rowers from India. He specializes in the Lightweight double sculls. Singh has represented his country at the London Games in 2008 and 2012 respectively. 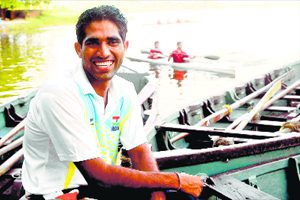 In the year 2004, the rower from Chandigarh started his rowing training at the Chandigarh Rowing Training Centre. His initial training was under the coach Arvind Sehgal.

Manjeet Singh was born on 10 October 1988 in Chandigarh, India. He has completed his graduation from the Punjab University in Chandigarh in India. Today, the Indian rower is serving in the Indian Army. 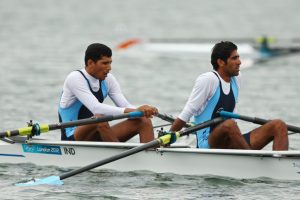 Singh along with his rowing partner, Sandeep Kumar, secured a third position at the FISA Olympic Continental Qualification Regatta for Asia held in Chung Ju, Korea. They got successfully qualified for the London Games.

In 2012, Manjeet Singh with Sandeep Kumar competed in the lightweight Men’s Double Sculls discipline (rowing) at the London Olympics.

Unfortunately, the duo finished in the second last place and failed to achieve a title. 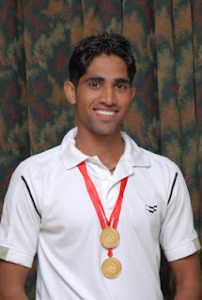 Apart from his performances and achievements, Manjeet Singh has never been dragged into headlines for any controversy.

The primary income and net worth of Manjeet Singh come from his service in the Indian Army and also his rowing profession.