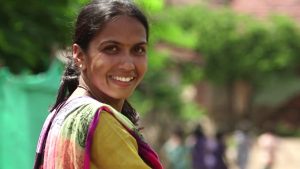 Kavita has embraced her tough environment and achieved success in her life. Kavita Raut is one of those athletes who come from a hard backdrop. Besides her financial limitations, the 34-year-old athlete chose running as a career. Initially, she did training by running 20km barefoot to & from her school. After 14 days of intense training, the 16-year-old Kavita won her first National silver medal. Kavita also has an elder and younger brother. She started running to provide a better life to her family.

The talented athlete was born on 5th May 1985 in Sawarpada (a village near Harsul), Nashik, Maharashtra in India. Born in a tribal family, Kavita faced a lot of hardships before setting her athletic career. In Nashik, running was not just a sport! The people in Nashik run hours to get water, to get to school and to reach out to their daily necessities. Her environment helped her to bring out an excellent athlete inside her. Kavita specialised in long-running because it was inexpensive and she was able to train barefoot also. Although Kavita wished to be a sportsperson her family was not that financially strong. Her hard environment didn’t stop her from dreaming & achieving it.

In 2011, Raut built up Ekalavya Athletics and Sports Institute in Nashik. Her foremost sight behind this step was to create a trouble-free way for young athletes. Raut also funds her students’ education. 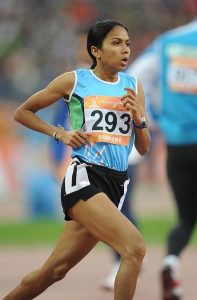 In 2010, the brilliant athlete won a silver medal (10,000 m race) at Asian Games, Guangzhou where she clocked 31:51:44 & this became her personal best. At the same event, Preeja Sreedharan also earned a gold medal and this gave two achievements for India.

In 2012, Kavita Raut was honoured with Arjuna Award and in 2015, Suvarnaratna Award. 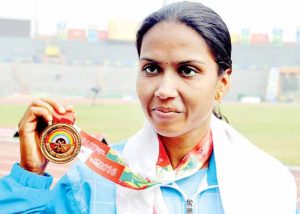 Athlete Kavita Raut made headlines when she denied her fellow runner, OP Jaisha’s complaint against the Indian officials. Jaisha claimed that the officials were unconcerned at Rio Olympics during women’s marathon. To this Raut said that the Athletics Federation of India had catered all the necessary facilities & she has no complaint against AFI. Other than this, Raut has only made headlines for numerous achievements & praiseworthy performances.

The estimated net worth of  Kavita Raut is 1M.