Hailing from Punjab, Harmanpreet Kaur is the current skipper of Indian women’s T20 team and the vice-captain of women’s ODI team. The attacking Indian middle order batswoman Harmanpreet Kaur born on 8 March 1989 in Moga, Punjab, India. Harmanpreet plays for Indian women’s cricket team as a designated allrounder. She is a right handed batter and also bowls right-arm off break. Her cricketing style is similar to that of legendary Indian opening batsman Virender Sehwag, who epitomised the attacking style of gameplay even in the direst of situations. 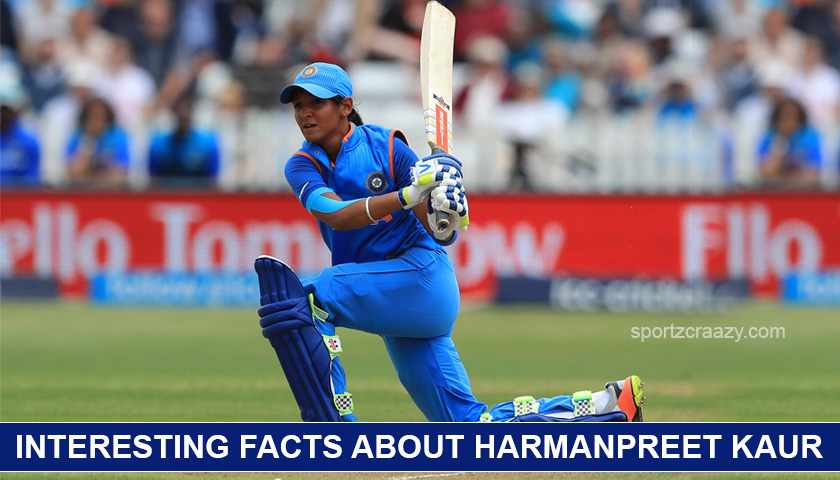 Harmanpreet Kaur made her One Day International debut at the age of 20, against Pakistan in March 2009 in the Women’s Cricket World Cup. She bowled four overs only conceding 10 runs. She made her T20 debut against England during the 2009 ICC Women’s World Twenty20 where she scored 8 runs from 7 balls. Harmanpreet Kaur made her test match debut on 13 August 2014 against England but did not have a great outing against the strong home team.

Harmanpreet Kaur holds the record for the highest individual score for India in Women’s cricket World Cup history. Kaur now holds the record for registering the highest ever individual score in a knockout stage of a Women’s World Cup match (171*) surpassing the previous record of 107* by Karen Rolton. Kaur was part of the Indian team to reach the final of the 2017 Women’s Cricket World Cup where the team lost to England by nine runs. In July 2017, Harman became second India batter to feature in the top-10 of ICC Women’s ODI Player Rankings after veteran player Mithali Raj.