The record was earlier held by South African fast bowler Alan Donald, who has 38 wickets to his name in the World Cups. Imran Tahir has managed to pick 39 wickets in just 20 matches, while Donald took as many as 25 games to claim 38 wickets.


“I can’t ask for more than that. I thought it was going to be a tough day but it did stop a bit. I am really pleased that I did the job for my team and my country. They had a good start so I wanted to get a wicket. I was pleased that I got a wicket in my first over. I was happy with my consistency that was the most important thing for me,” Tahir said in a post first innings interview. 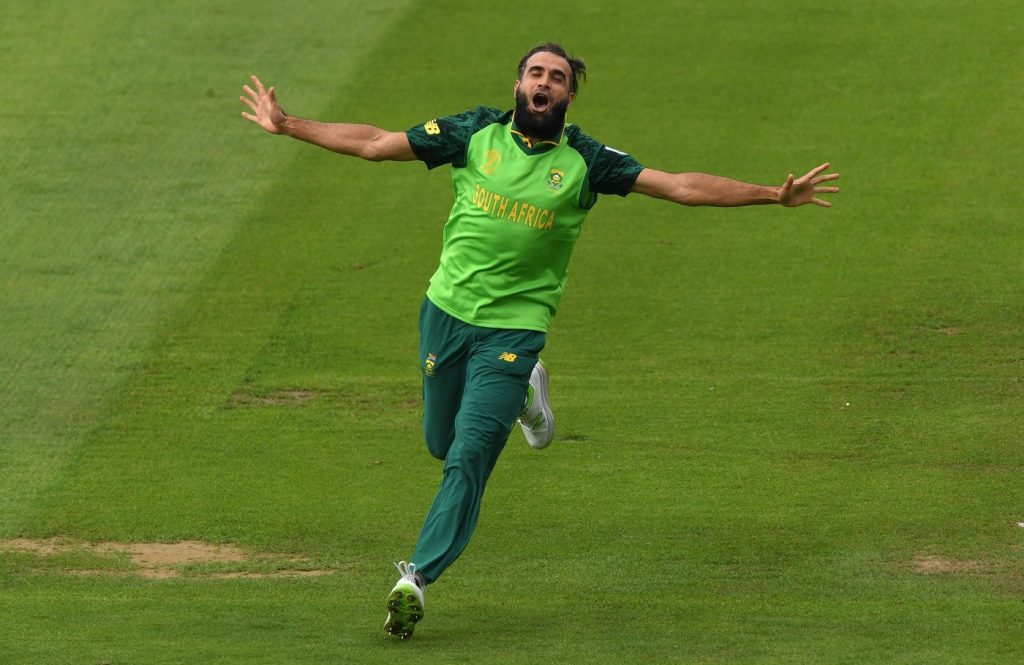 South African spinner Imran Tahir has played 105 ODIs, picking as many as 172 wickets at an average of 24.4 and an outstanding economy of 4.64.

Glenn Mcgrath holds the record for the most number of wickets in World Cups. He has taken as many as 71 wickets in 39 matches, while M. Muralitharan ranks second with 68 wickets in 40 matches, followed by Wasim Akram (55), Lasith Malinga (51), and Chaminda Vaas (49).

Unfortunately, South Africa has lost the match against Pakistan by 49 runs and are now out of Semi-Final race. Du Plessis and Co. are languishing at the ninth position with 3 points in 7 seven matches.

Earlier, batting first, Pakistan piled up a big 308-run total in 50 overs. Imam-Ul-Haq and Fakhar Zaman started off brilliantly, notching up an 81-run partnership between them. Babar Azam continued his good run as he scored a gritty 69, however, it was Haris Sohail’s late assault which took Pakistan past 300 on Sunday. Sohail played a sensational knock of 89 runs off 59 deliveries, including nine fours and three sixes.

Chasing a total over 300 for an under-performing South Africa in a World Cup game was always going to be a difficult feat as the Proteas could only manage to score 259 in 50 overs.