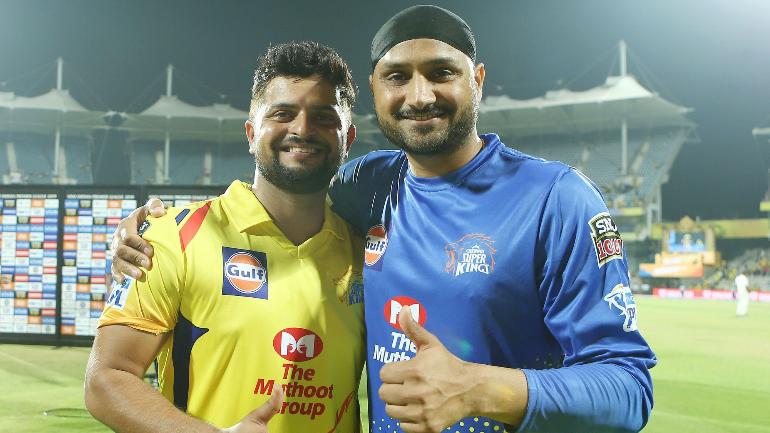 Harbhajan Singh used his cheeky humour to troll his Indian counterpart and CSK teammate Suresh Raina after the later claim that he bunked his school to witness Sachin’s special innings in the famous desert storm in 1998 as the game started at 4 pm.

The temperature on that day was 41 degrees and Sachin scored 143 to help India reach the final.
This topic surfaced when Suresh Raina made a startling revelation that he bunked school just to watch Sachin Tendulkar bat against Australia in the 1998 Coca Cola Cup encounter.

The match is famously known as “Desert Storm” due to Sachin’s special knock of 143 to ensure India reach the final of the competition despite falling short in the encounter.

It is one of the most special knocks from the Master Blaster as he single-handedly demolished the Australian pace attack.

As Raina shared on his Twitter Handle about that special knock and highlighted that he has bunked school to watch that special knock to which Harbhajan replied: “School bunk the game started at 4 pm I was also part of that series along with the photograph of that match”.

School bunk 🙄😄 how ? That game started at 4 pm indian time 😜I was part of the series https://t.co/JWnZqa2Zl8

It seems that players are enjoying their quarantine time at the moment as they are mostly active on social platforms and pulling each other’s legs. It is also good in the sense that like this they are keeping themselves positive during this pandemic time.

Most of the players are either doing Instagram live and discussing stories about cricket and learning new craft during this pandemic time.