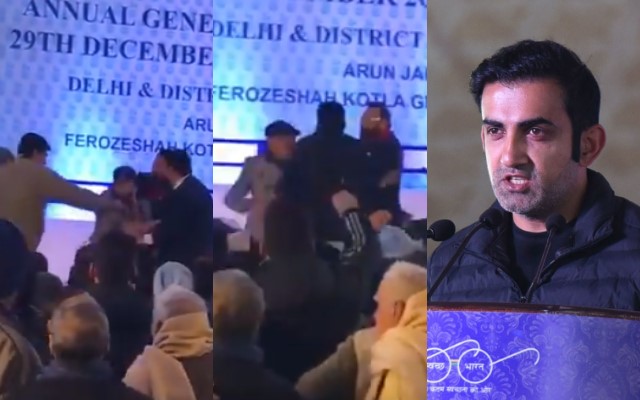 After a video of two Delhi and District Cricket Association (DDCA) officials fighting at the annual general meeting went viral on social media, the demand for appointing a President is becoming louder and louder with each day passing by.

A couple of days ago, Gautam Gambhir commented on the video and said that the cricket body should be dissolved. Since then, the netizens have been demanding DDCA’s management to make Gambhir the next President.


However, the secretary of the organization, Vinod Tihara, has revealed that the former Indian opening batsman cannot be become the chief of Delhi cricket till the time he is a Member of Parliament. He also noted that the chances of Gambhir becoming the President doesn’t seem that bright. Although, he also said that Gambhir is always welcome to serve Delhi cricket.

“I don’t know if Gautam Gambhir wants to be president. We haven’t spoken to him about it. But Gambhir is welcome to serve Delhi cricket. However, he can be president only if he leaves the MP’s post (BCCI’s new constitution bars politicians from becoming office-bearers),” Tihara said in a press conference.

The position has been vacant since Rajat Sharma quit last month. Later in the PC, Tihara also shared that elections will only be possible after the Delhi Assembly elections in February next year and the organization has already sent this recommendation to the new ombudsman, Justice (retd) Deepak Verma.

“We want it to be held after the Delhi assembly elections. If it is not possible, then it cannot be held in January end. That is the earliest we can hold the election,” Tihara said.

“The new ombudsman will be requested to give some extension to conduct the elections for the president’s post,” added Tihara.

Another important announcement that was made during the press conference was the setting up of a disciplinary panel to examine the fight that happened in the meeting last week.

The association has given them five days to scrutinize the video and file a report about the matter.