More players have been forced to go for hard quarantine ahead of Australian Open with officials confirming that four additional participants including an athlete has been tested positive for COVID-19 among those arriving in Melbourne. 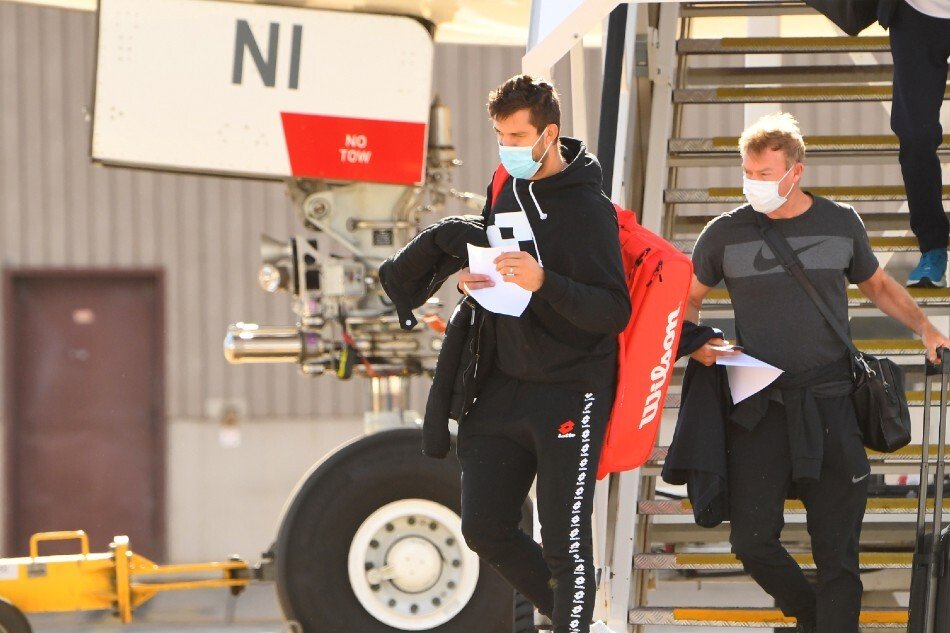 The health authorities have confirmed that nine infections among passenger who arrived on chartered flights for the upcoming Australian Open and and more cases may come to light as testing increases in numbers.


“All four are associated with the tennis, and they’re all tucked away safely in hotel quarantine,” Victoria state premier Daniel Andrews told reporters of the new cases.

As per the latest reports, 70 players are undergoing a hard quarantine ahead of playing their first year Grand Slam.

Others are allowed five hours outside their hotel rooms each day for preparation, in line with arrangements made by organisers Tennis Australia with health authorities

However players who are in hard quarantine at the moment has come up with a unique ways to pass time and stay fit in isolation as they are practicing by hitting some balls against a mattress and running sprints in corridors.

“I think the people who tested positive thus far were probably exposed before they got on the flights,” Victoria Chief Health Officer Brett Sutton said. “But it will be the test results in coming days that will give us a picture of whether anyone’s had infection transmitted to them on a flight.”

The growing infection count has sparked calls from pundits to cancel the Grand Slam. “It’s time to be selfish, time for Victoria to put ourselves first,” 3AW radio broadcaster Neil Mitchell said. “Call off the Australian Open. It’s not worth the risk.”

Tennis Australia boss Craig Tiley said that the tournament would be starting on the date it has been scheduled now. However decisions to host the tournament has been opposed by several Australians as the country has been affected with second strain of COVID-19  to a great extent.