Football, which has another name called ‘Soccer’ is one of the oldest and the most popular team sports the world has ever produced. This is one such game that has a huge number of crazy fans all around the world as it is one of the most engaging games. It consists of 11 players each with different positions to play. Every game has few rules and tactics so football has, apart from that the field and its dimension plays an important role too. It is played on grass turf or the green colored artificial surface which has to be rectangular in shape with specific dimensions. The game is played with a spherical ball and the objective is to put or kick the ball to other teams’ netted regions without using the hands or arms which in result known as a goal. The team which scores the maximum number of goals in a match is declared as winners. The time duration of the game is 90 minutes with two halves of 45 minutes each and if the result doesn’t come either it will be declared a draw or the extra minutes and penalty shoot outs will take place depending upon the format of the game they played. 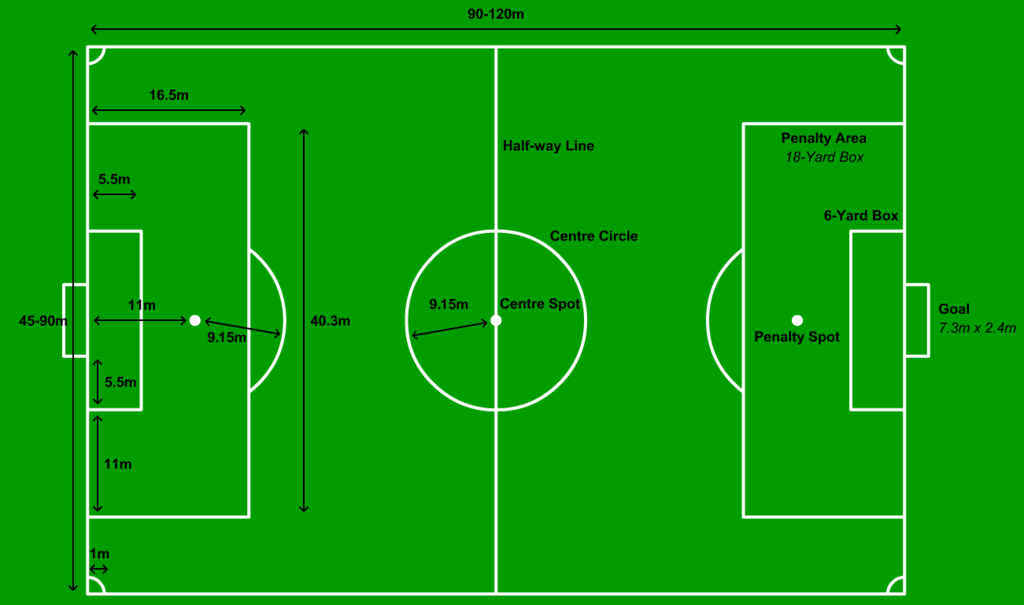 Federation Internationale de Football Association (FIFA) is the international governing body for football and is in charge of maintaining the laws of the game. Whatever change or new implementation you get to see in International football, FIFA is the name that works behind the scene for them. The Football Ground dimensions of the football field are specified in Law 1 of the FIFA Official Laws of the Game. When you have knowledge about every titbit of a game, in that scenario watching and playing it becomes much easier and enjoyable. Many of you might not have the exact idea regarding the field dimensions of this game and so, here I am with my write-up to provide you brief information regarding that. 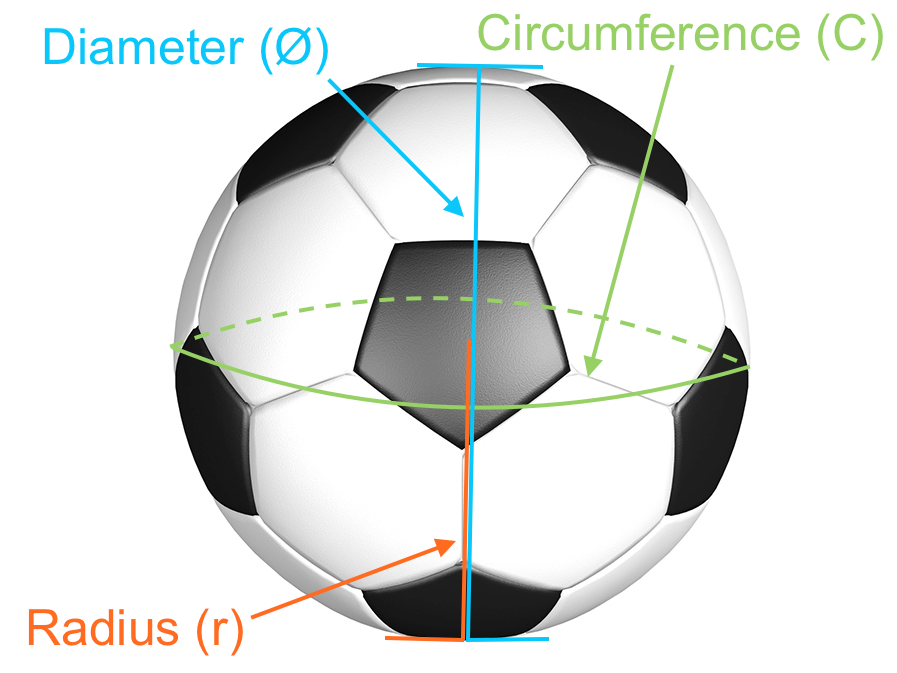 The ball used for this game is spherical in shape with a circumference of 68-70 centimetres. It weighs around 14-16 ounces and is made up of synthetic. 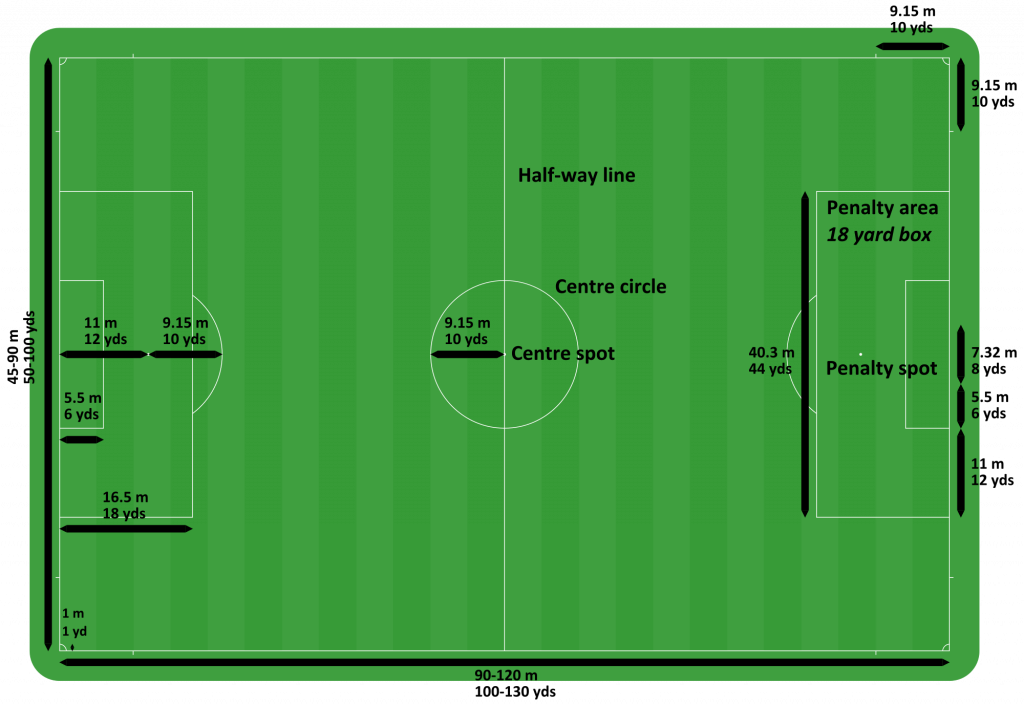 The playing area is a rectangular green field with outlines marked on it. These lines are boundary lines. The longer lines are called touchlines whereas shorter lines of a rectangular field are called goal lines. The width of all lines is not more than 12 centimetres. The length of touchlines ranges from 100 meters to 110 meters and goal lines range from 64 meters from 75 meters. The Centre mark is marked at the centre of the halfway line of the pitch. Upon that, a circle of radius of 9.15 meters is marked around it. The match starts from the centre of the pitch itself. 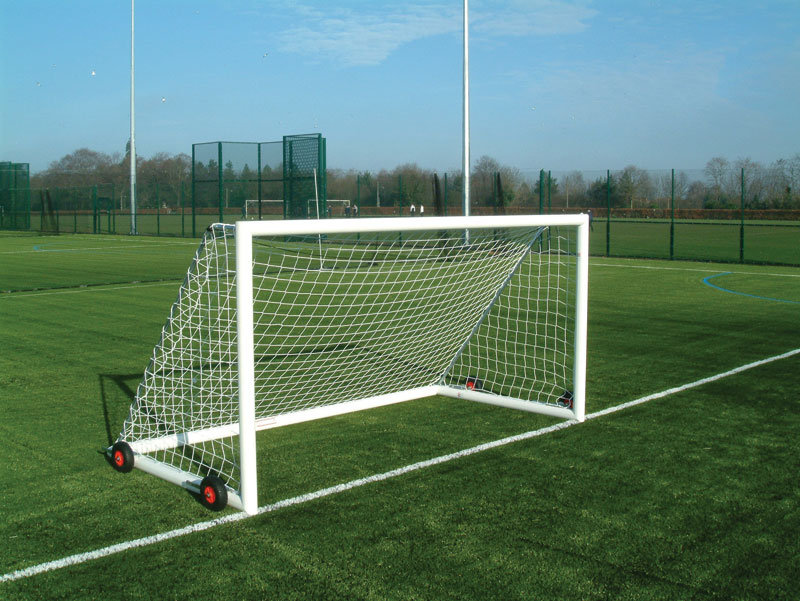 In Football Ground dimensions, Goalposts are placed at the centre of each goal line. It consists of two equidistant posts standing upright to a horizontal crossbar with a net fixed on the backside. The distance between two equidistant posts is 7.32 meters and the distance from the lower edge of the horizontal crossbar to the ground should be 8 feet (2.44 meters). The goalposts and the crossbars must be white colour made up of metal or any other approved material. A straight goal line is created between the two posts and a goal is scored when the ball crosses the goal line. 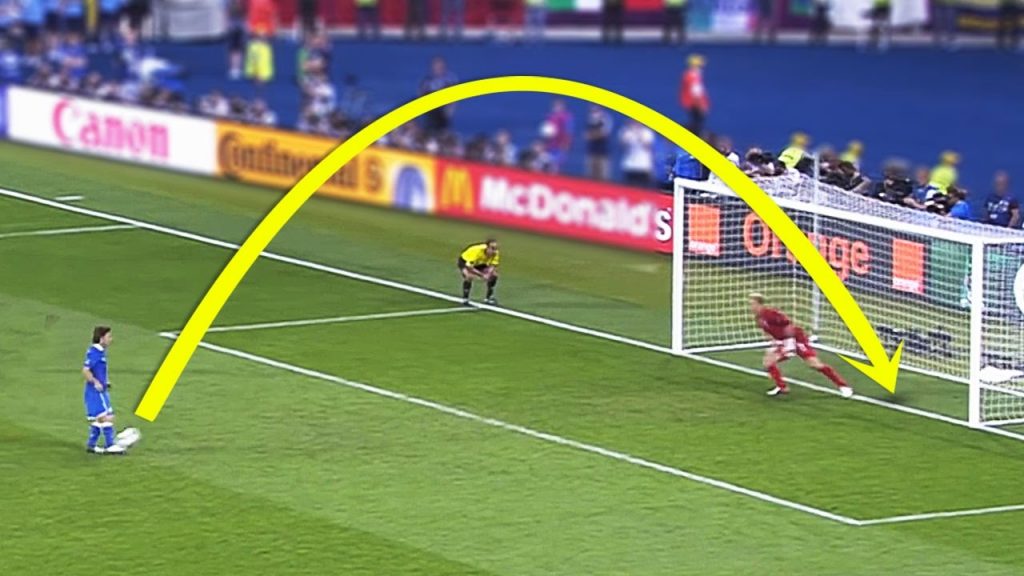 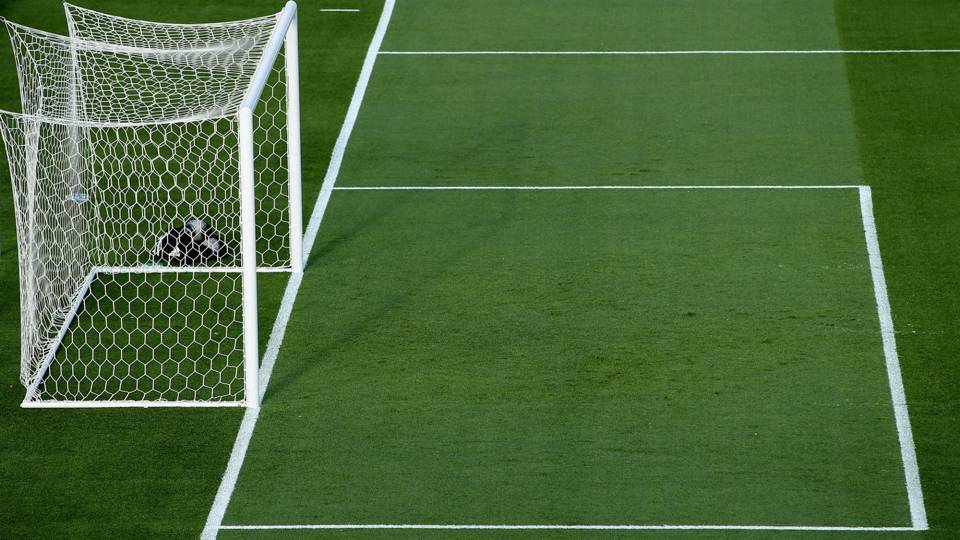 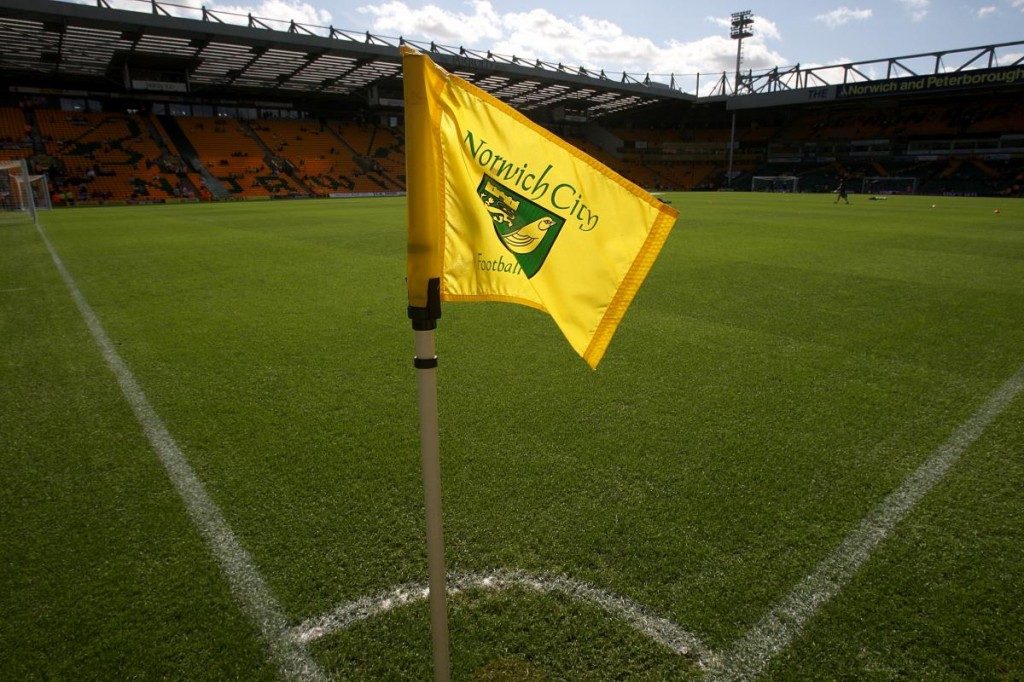 In Football Ground dimensions, Corner flags commonly known as flag posts which should be not less than 1.5 meters are situated at each corner of the rectangular field. At each of the flag, a radius of the 1-meter arc is made facing towards the field where a corner kick is taken. A corner kick is taken when the ball crosses the goal line if the last touch was not from an opponent player. Interchange area is an area where substitutes of players take place. The zone for interchange starts 1 meter either side of the touchline from the halfway line and extends 1 meter from the field of play. 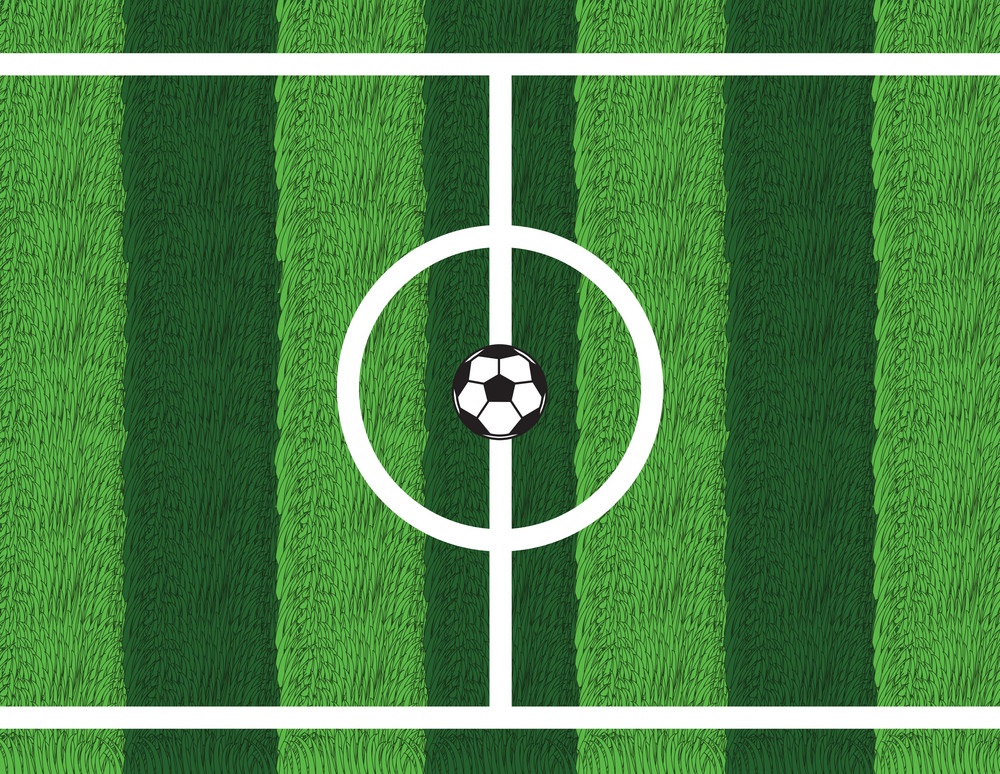 In Football Ground dimensions, “Center mark” as the name denotes, is a spot in the middle of the centre circle at which the ball is placed during kickoff. A play starts in every half from the centre mark itself. The technical area includes the dugout of both the teams where a box is created in front of each team’s dugout outside of the rectangular field. One person or the manager or the coach is allowed to instruct players within the box.

Let it be for watching or for playing, sports is an inseparable part of almost everyone’s life. From now every time you will watch football you will have the knowledge of the Football Ground dimensions and will be able to relate with this article.