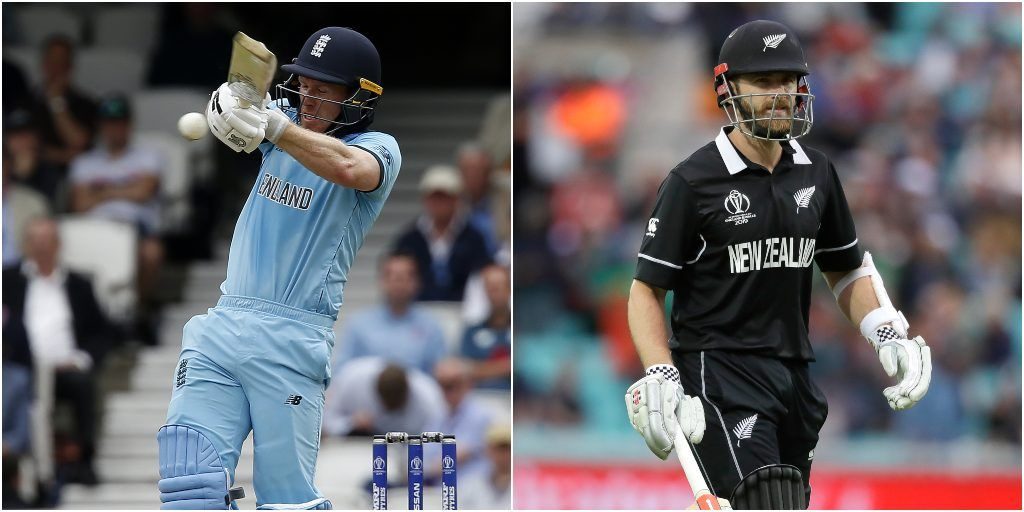 ENG vs NZ Dream11 Prediction: The winners of 2011 and 2015 World Cup, India and Australia, are out of the 2019 edition of the World Cup, losing to New Zealand and England respectively in the semi-finals. Hosts will take on New Zealand in the final to decide a new World Cup winner on Sunday.

England ripped apart Australia on Thursday, showcasing a phenomenal performance with both bat and ball. New Zealand too, will be full of confidence, having defeated the then number one side in the World semi-final.

Match Details: ENG VS NZ
The final of the 2019 ICC Cricket World Cup between New Zealand and England will be played at Lords, London. It has a capacity of catering 30,000 people.

Broadcast Details: ENG vs NZ
The match will begin at 3:00 PM IST on 14th July 2019,and will be available on Star Sports Network and Hotstar.

Win Probability: ENG vs NZ
Both sides are coming on the back of a win, which should put them in good stead and riding high on confidence, however, given the home conditions and recent form, England have a better chance to win the trophy, unless Kane Williamson does something unimaginable.

England:
Chasing a modest 224, England openers Jason Roy and Jonny Bairstow tore apart Mitchell Starc-led attack. Roy plundered Aussie bowlers to all parts, scoring as many 85 runs off 65 balls. He will be one of the key batsmen ahead of the game against New Zealand.

Joe Root continued his phenomenal run in the tournament. He played an unbeaten 49 run innings against total, taking his total run tally to 549 runs in 10 matches. All-rounder Ben Stokes will continue to be amongst the top picks in the fantasy teams as well.

Jofra Archer and Chris Woakes would expect to replicate a similar performance the duo showcased in the game against Australia. Chris Woakes bowled a dream spell of 3 for 20 in eight overs, while Jofra claimed two scalps in his full quota of overs.

New Zealand:
Given the New Zealand openers have failed miserably in the tournament, the onus will be on Ross Taylor and Kane Williamson to help their team clinch first World Cup trophy. New Zealand have qualified for the second consecutive time in a World Cup final.

In 2015, they lost to Australia in the final. New Zealand 2015 World Cup star with the bat, Martin Guptill, has been tremendous in the field, but boast of only one good score in the tournament. The final match against the hosts will be his last opportunity and a good knock can certainly erase the bad patch he has endured in the perennial tournament.

While the batting has been below par in the tournament, it’s the bowling which took Blackcaps over the line on most of the occasions. Trent Boult and Matt Henry will once again lead the attack while Lockie Ferguson and Mitchell Santner would look to build pressure in the middle overs. 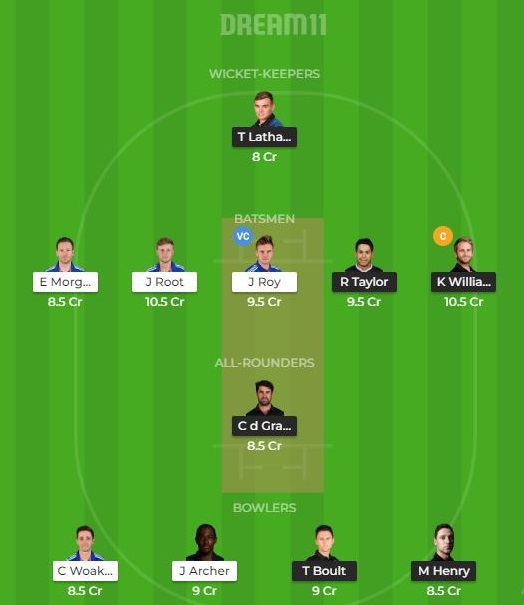