Edge Biography: Adam Joseph Copeland, popularly known by his ring name Edge, is a Canadian retired professional wrestler, who has been recognized as one of the greatest in-ring performers in professional wrestling platform. He has also become the member of WWE Hall of Fame in 2012. Copeland holds a huge history of his persona in wrestling. From the time, he collaborated with Christian to his golden period of holing World Championships, he emerged out as a leading WWE superstar of all time.

Copeland started to develop his interest in wrestling at a very young age when he used to, Hulk Hogan, Ricky Steamboat, Shawn Michaels, and Bret Hart on television. Copeland watched his  WrestleMania VI at the Toronto SkyDome in 1990 sitting in the eleventh row at ringside. He received a wrestling training with Sweet Daddy Siki and Ron Hutchison in Toronto. After he completed his graduation from  Humber College, he made his professional wrestling in 1992 with Independent circuits.

In 1996, Copeland signed an official contract with WWE  and later teamed up with Christian in 1998 to 2001 where they feuded with tag teams like The Hardy Boyz, D-Generation-X, The Dudley Boyz and The Brothers of Destruction. Edge’s first singles title, the WWF Intercontinental Championship, came on July 1999, when he defeated Jeff Jarrett. Adam Copeland was born on October 30, 1973 in Orangeville, Ontario. He was raised by his single mother, Judy Copeland. He persuaded his graduation from Humber College with a degree in radio broadcasting.  He wrestled on the independent circuit under the name Sexton Hardcastle. At the age of 17, Copeland won an essay contest with his local gym, and his prize was free wrestling training with Sweet Daddy Siki and Ron Hutchison in Toronto. 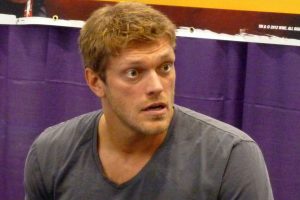 Copeland started his professional wrestling career in 1992 with Independent wrestling platforms under the ring name Sexton Hardcastle. He achieved several victories during his tenure with Independent circuits. Copeland signed an official contract with WWE in 1996 and later bagged his  first singles title, the WWF Intercontinental Championship, against Jeff Jarrett. However, he lost the title next night to Jarrett.

He collaborated with Christian at WrestleMania 16 where the duo went on to win the WWF Tag Team Championship, a victory they replicated six more times. However, they lost the tag titles to Hardy Boyz later. In 2001, Edge went on to make his individual ground in WWE by winning the King of the Ring tournament. During this time, his friendship with Christian went sour and the two fought over Intercontinental Championship title, in which Edge defeated Christian. Edge made up for his loss by winning the WCW US Championship title from Kurt Angle. 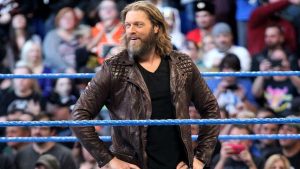 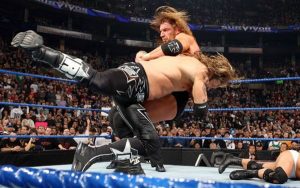 In 2010, Edge won the Royal Rumble 2010. He defeated Dolph Ziggler to become the World Heavyweight Champion for the seventh time in 2011. It was his eleventh World Championship title overall. Edge’s last official in-ring match was at the WrestleMania 27, where he defeated Alberto Del Rio defending his title successfully. On April 15, 2011, Edge relinquished  his World Heavyweight Championship, officially retiring as a World Champion.

Apart from being a successful wreslter, Edge tried his luck into acting where he had a cameo appearance as a road bandit in the fantasy movie Highlander: Endgame in 2000. In 2007, Copeland appeared alongside Randy Orton, John Cena, and Bobby Lashley on Deal or No Deal. in 2011, Copeland appeared as Thelo, an Abnormal, in the Sanctuary episode “Into the Black”. In 2013, Copeland hosted a special episode of the Syfy series Ghost Mine.

In 2014, Copeland made a cameo appearance in the music video for the In-Flight Safety song “Destroy” as his Dwight Hendrickson character. He was also nominated for a Golden Maple Award for Best Actor in a TV series for his role in Haven as Dwight Hendrickson. 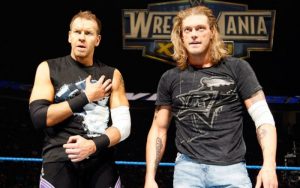 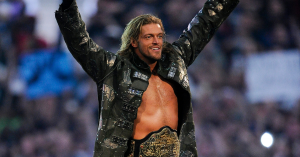 In 2007, Copeland was accused in one of ten wrestlers found to have purchased steroids and other drugs from an online pharmacy. He got suspended for 30 days on grounds of WWE Wellness Policy violation.