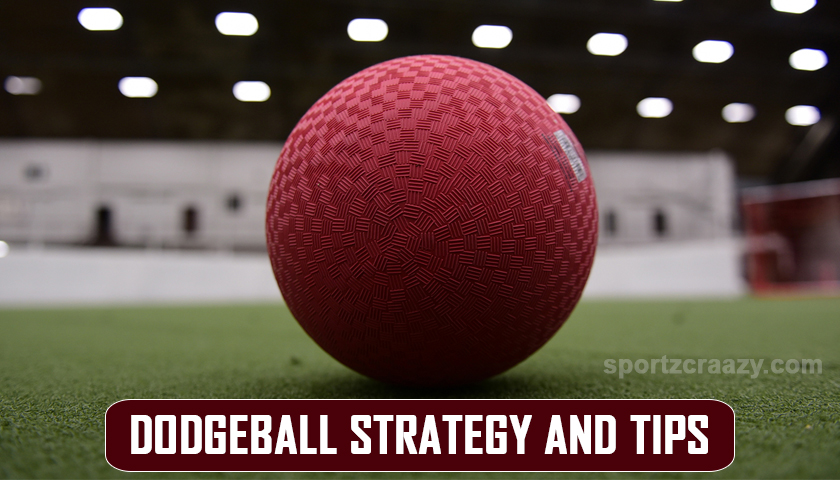 Dodgeball refers to a collection of team sports in which players on two teams try to throw balls at each other while avoiding being hit themselves. If you want to be successful you need teamwork, communication, fitness, and strategy. You can possibly win just by going all out as a group of individuals, but over time this will prove to be a highly suicidal strategy.

To win over a sustained period of time in dodgeball you need to practice and play both individually and as a team. The more you play together, the more in-sync you will be and the harder you will be to hit. The tips below will help polish your game from novice to expert. Remember, no matter how good you are at these strategies, they are no substitute for practice, teamwork, and communication.

If in doubt, don’t throw at an opponent.

If you are being counted out and you still have no viable target (e.g. you have several balls but one is at the back of the court or you are off-balance) throw hard at the wall, well away from any players. Having a ball caught is the worst thing that can happen in dodgeball.

Aim at a single target.

Players are usually numbered 1-6 from left to right as you look at them. The player on your team that stands on the far left calls out the target. Then countdown from 3 in your head before releasing.

The telltale sign of an inexperienced team is teammates throwing in isolation. Three balls thrown at once are much harder to dodge or catch than single shots which can be spotted from range. The best teams are the most coordinated.

If all the balls are coming from the same part of the court, they are easier to dodge because all throwers are in your eye-line. By spreading out on the court and throwing at the same person from different angles, the target may be blind-sided and unable to dodge.

Throw as close to the dead zone as possible. This makes your throw much harder to catch or dodge.

It is not the hardest throw that takes someone out, but the smartest. Aim at the chest at your peril. Get your shots in low and together. Aim your hits between the thigh and shin. If you miss, at least you won’t get caught. Remember – catches win matches.

Throw at the strongest players first.

This may seem counter-intuitive, but when the court is more crowded, players have less room to dodge. They also haven’t had time to get their eye in. Whilst it may be tempting to take out weaker players, this will hurt you in the long run; the longer a decent player stays in, the more time they have to hit you with a good throw or catch.

Hitting a player is just one way to get an elimination. Several balls thrown together at the inside shoulder of a player on the edges of the court can cause them to step out of bounds, and out of the game.

# Video Tutorial – How to Play Dodgeball