The word Biathlon originates from the English word ‘bi’, meaning ‘two’ and the Greek word ‘Athlon’, which means ‘contest’. It is a winter game, a Nordic event that combines two sports – cross country skiing and rifle shooting. Thus Biathlon game is a rendezvous of two sports and its origin can be traced back to the Scandinavian snow-covered forests, where people practiced survival skills, by hunting on skis, with rifles or bows and arrows. Rock carvings in Norway depict primitive Biathlon, with snow dwellers going hunting on skis and pausing to shoot. 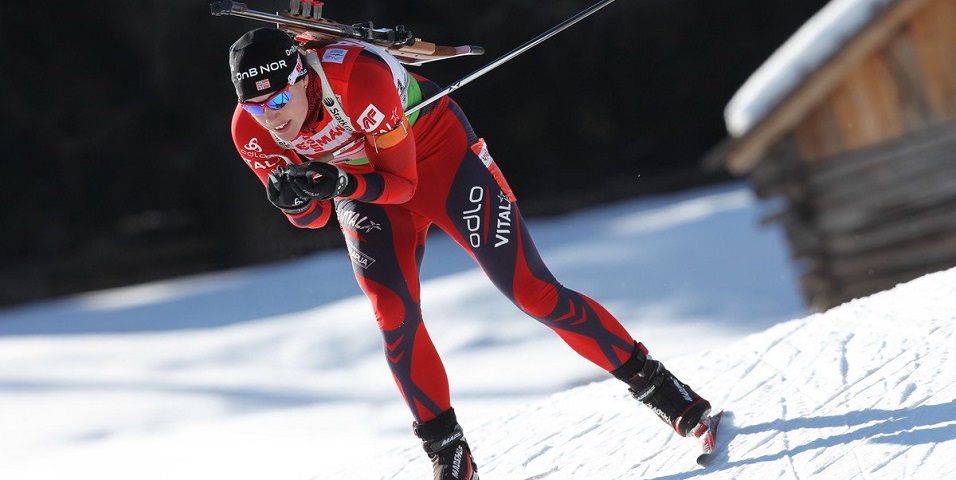 The sport is governed worldwide by the International Biathlon Union. Biathlon is played both as a single participant competition as well as a team sport, where mixed-gender is also allowed. The main equipment required for Biathlon is Skis, poles, and Rifles.

Currently, there are 5 events included in the Winter Olympics Biathlon. These are Individual, Sprint, Pursuit, Relay, and Mass Start Competitions. 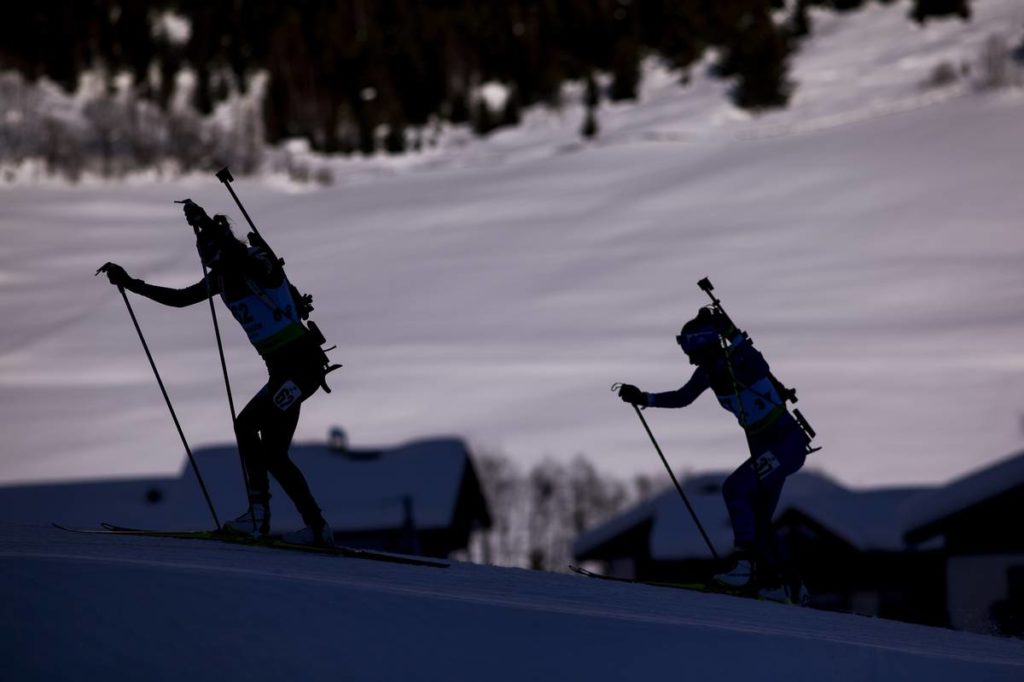 Early inhabitants of Scandinavia worshiped the Norse God Ullr, as the God of Hunting as well as the God of Skiing. As such, Biathlon is embedded in the traditions of Scandinavia. Keeping in mind the importance and application of the survival techniques that are an integral part of the game, Biathlon was adopted by the Norwegian military. The transition of the military exercise into sports was probably carried out to use the game as a source of alternative training for the Norwegian people. Four types of skiing contests were held by the Norwegian Military then, these were shot at the target while skiing at top speed; a race among trees while going downhill; a downhill race without falling, originating from the top of relatively bigger hills; and a skiing race on a flat track with military pack and rifle as luggage.

The earliest recorded evidence of a Biathlon contest can be traced back to 1767, where Swedish and Norwegian Ski-runner companies pitted against each other. Biathlon caught the imagination and interests of people from then and it was not long before contests were held by various Rifle and Ski Clubs.

Biathlon was first introduced in the Winter Olympic Games in 1924. Back then, it was called the Military Patrol. Biathlon was demonstrated in the Winter Olympics in 1928, 1936 and 1948. Since the small number of participating nations did not agree on the rules, the sport did not gain immediate Olympic recognition. In 1950, Biathlon found its way into Soviet and Swedish winter sports and was a huge hit among the natives. This helped the sport gain popularity and also initiated the road to its introduction to the Olympics. The inaugural Biathlon World Championship was held in Austria in 1958 and was a tremendous success. This ultimately led to the inclusion of the sport in the Olympic games in 1960. 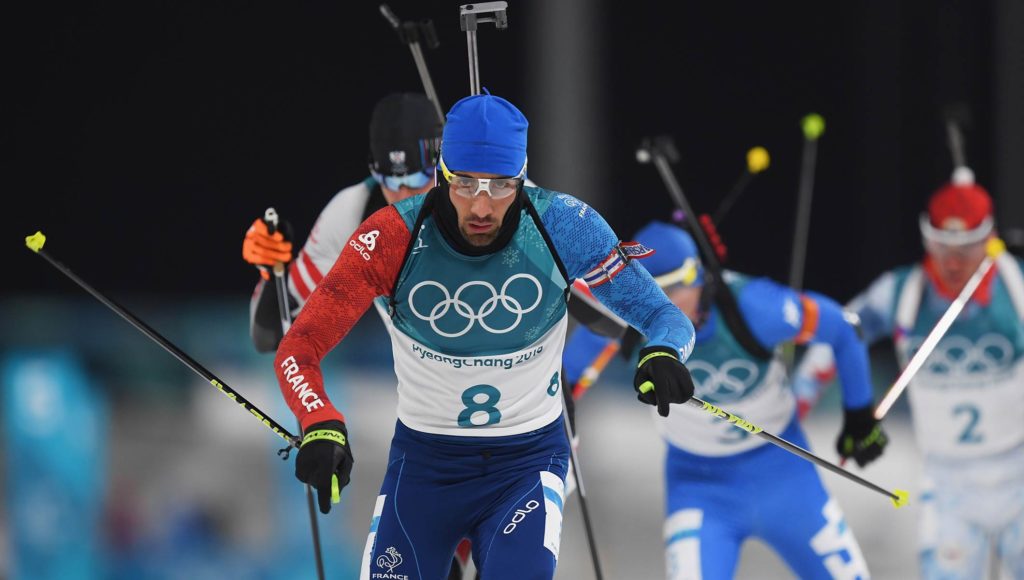 The Governing body of the Biathlon games, the International Biathlon Union (IBU) sets the rules for the game. The rules are detailed below:

How to Play Biathlon 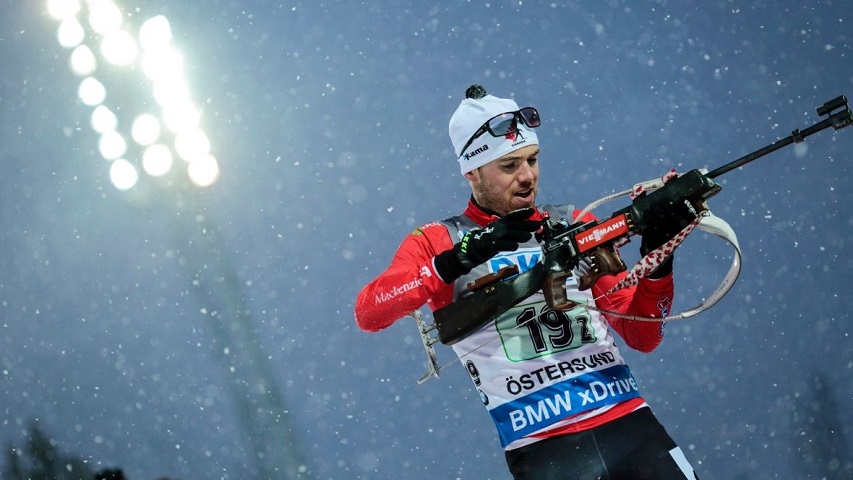 Biathlon requires a high degree of physical fitness. In addition, one must know how to ski and also use the rifle. The sport requires an efficient combination of precision during shooting and speed of skiing.

To be a biathlete, it is important to train and improve one’s stamina. It requires a lot of practice, but a biathlete should be able to ski extremely fast and at the same time learn to keep their heartbeat as calm and composed as possible, to enable proper aiming during shooting for accuracy. As such, Cardio exercises are a must for biathletes and the Biathlon game is one of the hardest sports to train for in the world. If a target is missed, the Skier has to ski a penalty loop, which takes up time and energy. After completion of the penalty loop, the biathlete must shoot again, which means the heartbeat must be stable. One must not get nervous easily and for this yoga could be practiced.

Before indulging in the game, it is also important to learn about the rules of the land regarding possession of Rifles

Training for Biathlon involves endurance training similar to the training involved in long-distance running. Alongside training, a proper diet is very important as well. A Biathlete must have high endurance, must be able to tolerate pain and should have a strong cardio. Ideally, one should start by getting familiar with the rifle slinging from the shoulders. One should try exercising with the rifle, then begin endurance training with the gun, until the rifle becomes a part of the person and the biathlete is completely comfortable with the gun. Additionally, if the biathlete is not well acquainted with skiing, it is important to take skiing lessons.

Shooting training is extremely important and it is recommended to start shooting training alongside endurance training. One needs to train to be accurate and should train to shoot from standing position as well as a prone position. While shooting in the prone position, right-handed shooters need to align their right leg in line with their body and vice versa. It is important to maintain consistency in the prone position as well as the standing position to gain familiarity and have a better performance during shooting. One needs to work on gaining accuracy and then speed up the process. Before shooting, one can do some quick exercises to raise the heart rate. Combo training is very essential for Biathletes.

Biathletes need to maintain great upper body strength and must work in the necessary areas all through the year in the gym. However, it is also important to understand one’s body and it is not advisable to push the body beyond its limits.