Best Football Captains of All Time

Every world-class side, be it at a club or international level, needs a world-class skipper to lead it. The teams need an individual who can not only perform themselves but inspire those around them to do the same.

A great skipper doesn’t need to be the very best player on the pitch in any given team, neither do they have to be a footballer of spectacular talent. This individual does, however, need something special that drives his teammates on towards glory.

A number of attributes are thought to be necessary in order to make a great skipper, most notably; leadership, experience, decision making and the ability to motivate the players around them. This is far from a hard and fast rule though as different skippers can often have very different approaches. Whilst some will be very vocal and imposing figures who make their presence and feelings known throughout the squad, others will adopt a quieter, more subtle approach, choosing instead to lead by example on the pitch and allowing their football to do the talking.

The importance of captaincy in football has been argued for decades, but it’s still often matters of great interest as to which player is picked by a manager to skipper his side.

Over the years, we’ve seen some truly heroic leaders take to the pitch, and some of the biggest teams in world football would never have achieved what they did without these iconic players at the forefront.

And so without further ado, in no particular order, the following is the list of the 5 players who best manage to symbolize these attributes, thus placing them in the pantheon of football. 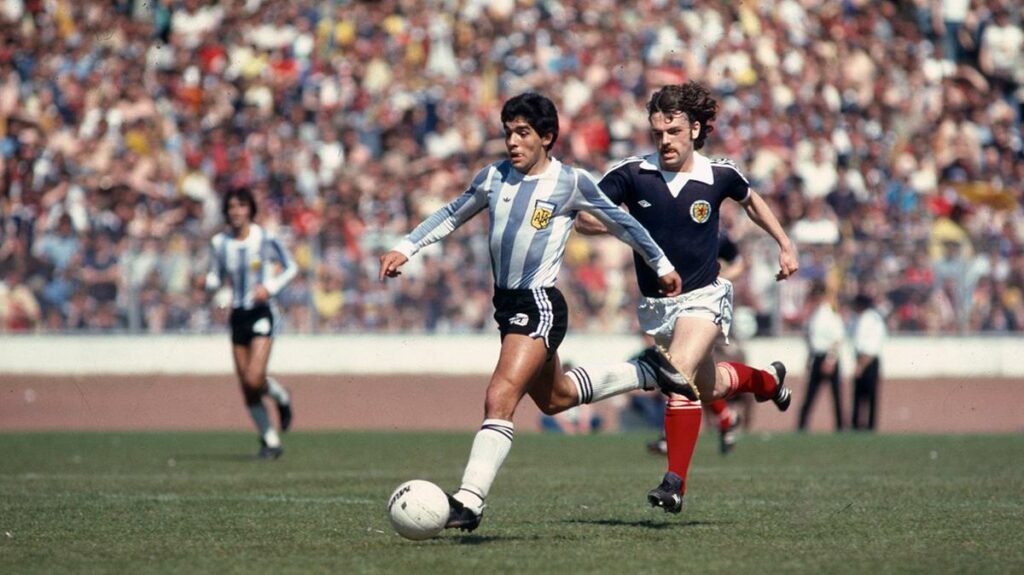 A captain needs to inspire and lead his side by example and this is exactly what Maradona achieved with Argentina at the 1986 World Cup. Arguably the greatest player of all time, Diego played every minute in the tournament for Argentina and ultimately guided them to World Cup victory wherein the left-footed forward scored five goals and also assisted five times, meaning he was directly involved in 10 of Argentina’s 14 goals in Mexico.

He was solely responsible for Argentina’s terrific run in the tournament and never ever has a team’s success so solely put down to one man. Although the 1986 World Cup-winning team wasn’t a poor one, they were however also not a great one without the magic of Maradona.

Diego almost achieved the same feat four years later as he led Argentina in the final of the 1990 World Cup where they were eventually ousted by champions West Germany. Maradona also captained Napoli from 1986 until 1991, winning two Serie A titles, a Coppa Italia, a UEFA Cup, and a Supercoppa Italiana. 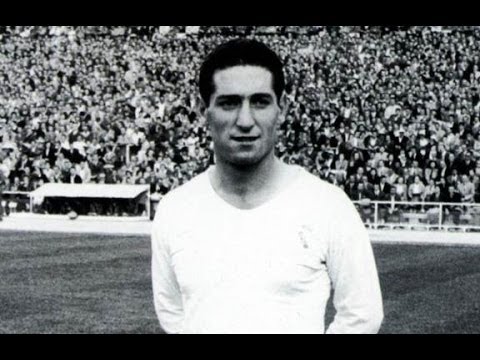 He joined Real Madrid at the age of 20 and stayed at the Madrid capital until the age of 38, amassing 428 caps and scoring 128 goals as a left-winger. Widely regarded as one of the greatest ever Spanish player, Gento captained the legendary Los Blancos side of the ’50s and continued wearing the captain’s armband at the Madrid based club up until his retirement in 1971.

Gento was more of a quieter and subtle type of a leader who motivated his players in the pitch by performing himself. A rare case of a winger being handed over the captain’s armband during those times, Gento was incredibly driven and hell-bent on improving his own game and those around him, making for an excellent captain of a legendary team. 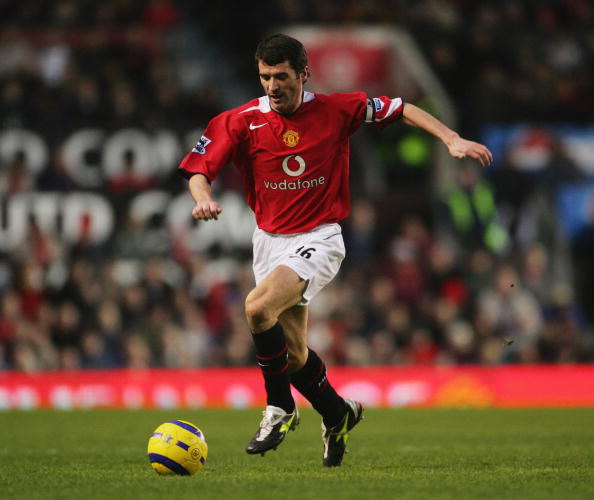 With 11 red cards, many people questioned Roy Keane’s appointment as Manchester United’s skipper by Sir Alex Ferguson citing the midfielder lacked the discipline to make a great captain. But the Irishman excelled in his role not only at Manchester but also in Ireland. In a star-studded Manchester United team, it was remarkable how much poorer they looked without Keane.

In the field, Keane was extremely driven and made sure everyone else was too. Failure was never an option for the Irishman as he epitomized absolute commitment and unrelenting effort for the cause.

He went on to win seven Premier League titles, four FA Cups and one Champions League trophy. Arguably his best performance came in 2001 against Juventus when Keane silenced the considerable talents of Edgar Davids and Zinedine Zidane, controlling the midfield for Manchester United.

He was equally brilliant and controversial when donning the national jersey, where he often inspired a rather average team to greater than average performances. 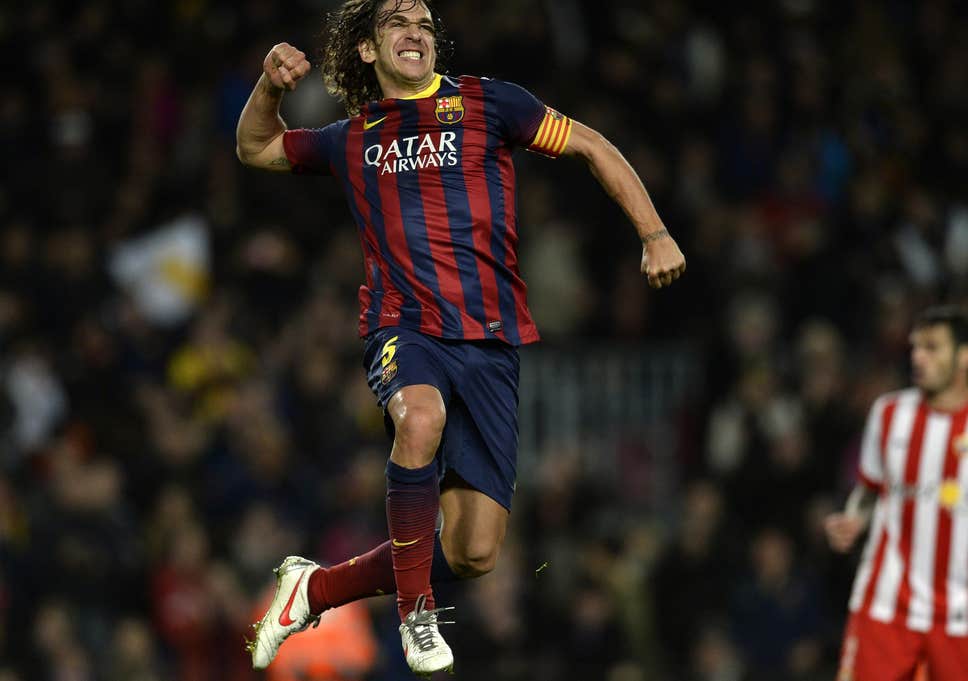 As Carlos Puyol retired in 2014, many footballing pundits began to analyze his footballing career and contribution to great Spain and Barcelona side of his era. Retiring after 15 years of first-team football at Barcelona and a decade as club skipper, Puyol has played 593 games in all competitions for Barca, in which he won six La Liga titles, two Copa del Rey, six Spanish Supercopas, three Champions Leagues, and 2 European Supercups.

Although he was the skipper of the Spanish national team, he was still a leader on the pitch as Spain enjoyed their greatest spell of success in the game-winning the 2008 and 2012 Euros while also winning the 2010 World Cup in South Africa. 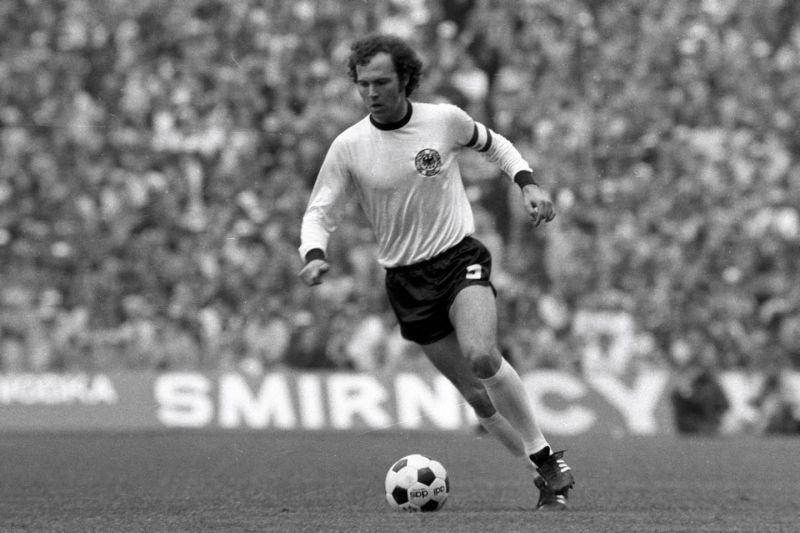 Franz Beckenbauer won every trophy as a skipper at the club and international level. Although he was elegant and always had the ability as a player, his steely determination and ferocious will to win were evident at the 1970 World Cup when he played on with his shoulder dislocated and his arm in a sling, as Germany was defeated 4-3 by Italy in ‘The Game of the Century’.

At the age of 24, he was appointed the skipper of West Germany, and two years later he led his beloved national team to Euro 72 glory. He followed up this win with the 1974 World Cup victory. At the club level, ‘Der Kaiser’ won five Bundesliga titles, four DFB-Pokals, three European Cups, one Cup Winners’ Cup, and one Intercontinental Cup at club level.

Also, Franz won a vast array of honors individually, most notably two Ballon d’Ors, four German footballers of the year awards and he made the World Cup team of the tournament on three separate occasions.