Australia announce 17-Man Squad: Team Australia have announced their 17-member squad for the highly anticipated Ashes series on Friday. Tim Paine is set to lead the side against the 2019 World Cup-winning team England. Impressive performances from Mathew Wade and Marnus Labuschagne has led to their call-ups in the Ashes squad.

“Matthew Wade fully deserves his recall as he has made an irresistible case for inclusion through sheer weight of runs with 1021 first-class runs at home last summer followed by three hundred on Australia A tour, including an excellent 114 against the England Lions at Canterbury last week.” 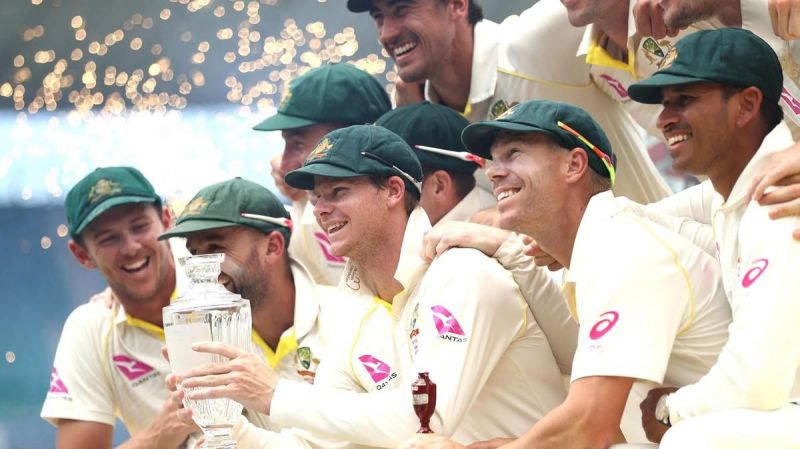 Owing to his impressive performances in the last one month, David Warner will make his comeback in the test side for the first time after the sandpaper gate incident, while Marcus Harris and Cameron Bancroft also made the cut as the other two options for the second opener in the side.

“David Warner, Steve Smith, and Cameron Bancroft have forced their way back into the Test squad through the excellence of their recent performances. David and Steve also have the advantage of being proven players at Test level while Cameron has produced impressive numbers for county side Durham this season and his innings in the intra-squad match in Southampton on a tough pitch was outstanding and showed his quality.”

Players with the likes of Usman Khawaja, Steve Smith, Travis Head, and Tim Pain will form the middle-order, all-rounder Mitchell Marsh has made a return in the squad after being dropped from all formats during the Australian last summer. Medium-pacer Michael Neser has also been selected as the second all-rounder in the squad along with Marsh.

Left-arm seamer Mitchell Starc will lead the bowling attack with Josh Hazlewood, Peter Siddle, and James Pattinson accompanying the seamer. Surprisingly, the Australian has gone with only one frontline spinner in the form of Nathan Lyon.

“We have opted to select one frontline spinner in Nathan Lyon. We have faith in his ability, we know our strength lies in our pace attack and we have Marnus Labuschagne’s leg-spin as another spin option as he has bowled almost 200 overs for county side Glamorgan in first-class cricket this season.”

“It has been a difficult task to reduce the 25-player squad here in Southampton down to 17 and those who have not made the final Ashes party are all desperately unlucky. However, that problem also highlights that we have a degree of depth to select from and that is a terrific positive.

“We have not won an Ashes series in the United Kingdom since 2001 but we are confident that this group of players can break that cycle and ensure we retain the urn that we won at home in the summer of 2017-18.”