Telugu Titans were handed their fourth defeat in as many games as the hapless home team was crushed by Patna Pirates, 34-22 at the Gachibowli Indoor Stadium, Hyderabad to register their first win of the league.

Pardeep Narwal starred for the Patna Pirates in the raiding department, while Jaideep stole the limelight for his defensive show as he ensured the brothers, Siddharth Desai and Suraj Desai, were made ineffective in the game.

Patna Pirates started brightly as the earned two points in the first couple of raids, followed by Jang Kun Lee, who got a touchpoint on the next raid to put Pirates 3-0 ahead. Suraj Desai was then tackled by Hadi Oshtorak in a do-or-die raid to send Patna 4-0 up before Vishal Bhardwaj pulled-off a Super Tackle to get 2 points for the Titans and draw them back into the game.


Vishal Bhardwaj was then caught out by Pardeep Narwal, who escaped with ease before Siddharth Desai was tackled brilliantly by the Patna defence. Last year’s horrific run this season seemed to be continuing. 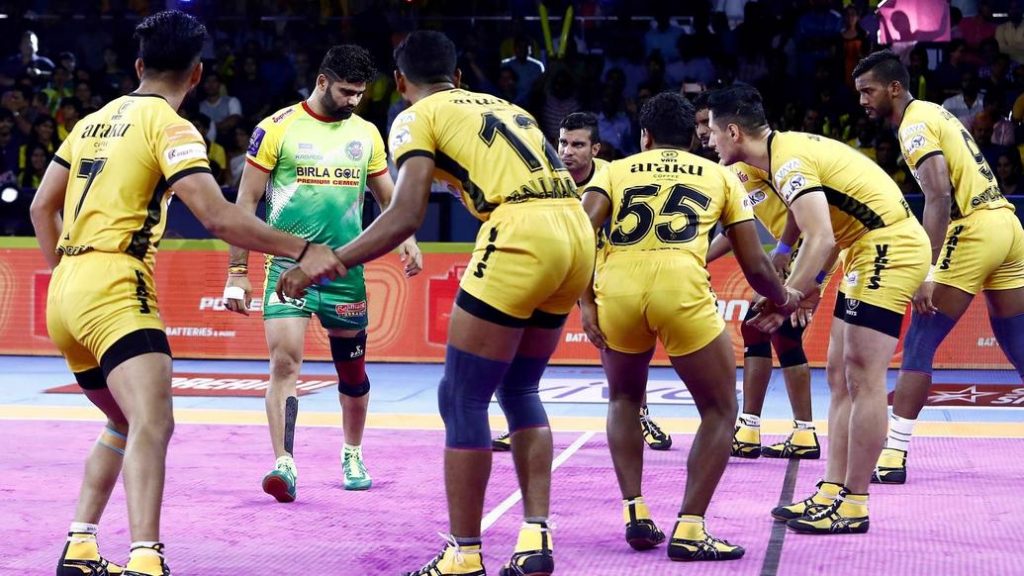 A series of good raids from Patna Pirates’ stalwarts Pardeep Narwal and Jang Kun Lee, and defensive solidity from Jaideep helped the Pirates establish a 14-point lead with less than a couple of minutes to go for the half.

Suraj Desai then went in for a raid and got the two points, although he felt he had got the third. His greed and the deficit forced Titans into a review, however, TV umpire stood by the two points and the Titans lost their review, though they cut the deficit by two. Another point from Patna Pirates saw the half end, with the scores reading 23-9.

Telugu Titans started the second half brightly, as they successfully tackle Pardeep Narwal on two do-or-die raid situations before Siddharth Desai got a touchpoint. The score now stood at 25-13. Pardeep Narwal was caught yet again, the third time in the second half as the lead was cut down to 11, but the Patna defence was up for the challenge as they super tackled Siddharth Desai to revert the lead back to 13 points. Jaideep completed his ‘High 5’.

Just as much as the raiding department was clicking for the Pirates, defence yet again pulled off a super tackle, this time on Suraj Desai to take the score to 31-17. Siddharth’s torrid night and a troublesome season continued as he was caught yet again by the Patna defence. 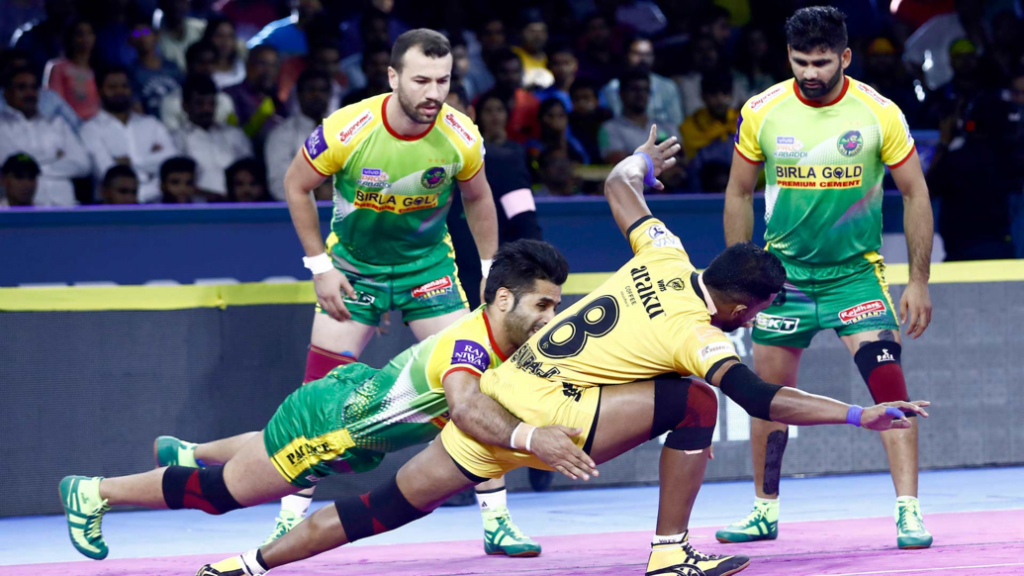 Telugu Titans then got a couple of points, but South Korean Jang Kun Lee toe touched Siddharth Desai to earn another point in a do-or-die raid to win the game for Patna Pirates convincingly, with the final score reading 34-22.