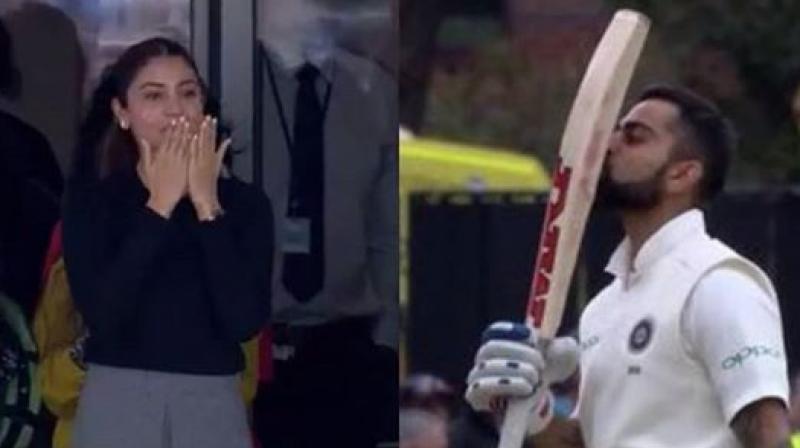 Skipper Virat Kohli, Kohli is on a short break ahead of the upcoming series against West Indies from December 6, poured his heart out on Anushka Sharma, and the bond the duo shared in a long conversation with renowned journalist Boria Majumdar.

Touching on topics revolving around the undue criticism that has come her way to how easy it is to sensationalize a story by pushing Anushka’s name in, the Delhi player was unfiltered as defended his wife from the unnecessary trolls that she has been subject to.

He went on to narrate Anushka’s love for the sport and spoke about how the Bollywood actress is a huge Test fan. Adding that she prefers watching the bowling innings, Kohli also mentioned that often Anushka is the only wife in the family box, who follows the game when Team India is bowling.

“In Test matches, Anushka is the only one in the family box who watches the bowling innings from the first ball in the day till the last ball in the evening. That is how committed she is towards Test cricket. She loves the five-day format the most, and even watches how the bowler plans and sets up a batsman. She is fascinated by how we set fields, and how we go about dismissing a player.”

Prodded on whether it was Kohli’s influence that prompted Anushka to understand the nuances of cricket, the player added,

“I never forced her into liking cricket or Test cricket. She is fascinated by how a bowler varies his lengths and pace in six balls and then gets him out. She likes to see the battle between the bat and the ball, and is eager to see who will crack first.”

Kohli too has time and again reinstated his preference for the Test format, and it is heartening to see, that in a day and age when T20s and T10s are running amok, successful players like him still regard Test cricket as the holy grail.