Anam Amin Biography : This is not a very common occurrence that in a team like Pakistan, the female cricketer topples their male counterparts. But something like that happened in 2016, when West Indies won both the women’s and the men’s version of the ICC World T20. Anam Amin, one of Pakistan’s most precious spin assets, created history for the Pakistani women’s team.

Though both male and female teams from Pakistan had a tough tournament, Amin was the only cricketer from her nation to be in ICC’s Team of the Tournament. No one from the men’s cricket team was able to make it in that list.

Amin also received two player of the match awards in that tournament, for her spectacular performances against India and West Indies. Like many cricketers from her country, she too started out by playing with the boys.

Anam Amin’s T20 career started at the 4th Shaheed Mohtarma Benazir Bhutto Women Cricket Challenge Trophy 2015/16. Playing for State Bank of Pakistan Women, she bowled 4 overs and conceded just 25 runs. She also took the crucial wicket of Sania Khan. With the bat, she was unbeaten on 2.

In his list A debut at the Mohtarma Fatima Jinnah Women Cricket Championship Seniors 2014, she conceded just 27 runs in 9 overs. Besides that, she also too the crucial wicket of Saniya Aroub who was looking dangerous with the bat. Thanks to brilliant contributions from the top order of Lahore Women, Amin didn’t have to come out to bat in that match. 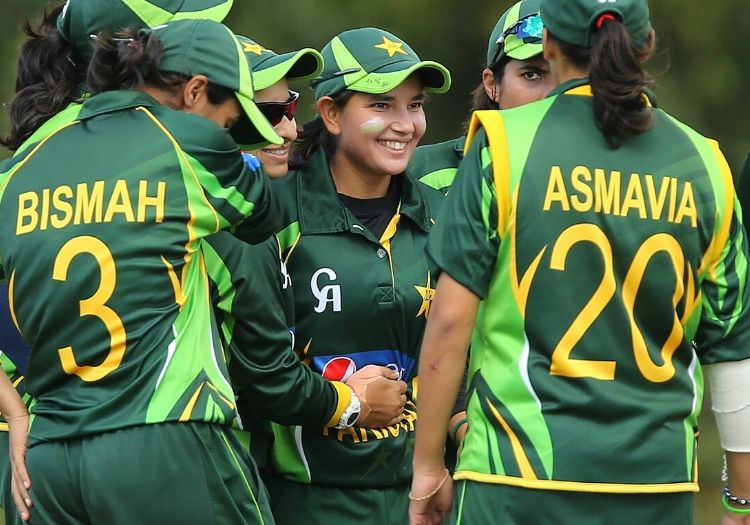 Amin’s international career started in Bangladesh’s picturesque Cox’s Bazar, against the Bangla Tigresses. She bowled her full quota of 10 overs, and conceded only 20 runs. Her spell also had 2 maidens. However, she couldn’t get any wickets on her international debut.

Her T20I debut came just a couple of days later, at the same venue, against the same opposition. This time, she did pick up a wicket. She also conceded just 19 runs in her spell of 4 overs. The wicket she took was of Bangladesh’s number 3 Fargana Hogue. Besides the 2016 version of the tournament, she has also played in the 2018 ICC Women’s World Twenty20. She eqalled the best figures in ODIs in 2015.

Amin has represented her nation 20 times in the ODIs. In those matches, she has picked up 29 wickets at an impressive average of 18.65. She has also been extremely clinical, and has conceded runs at an extremely impressive economy rate of under 4 runs per over.

In the 48 T20Is she has played, she has picked up 47 wickets. Her average is less than 20 in this format as well, and she also has maintained an astonishing economy rate of under 6 runs per over. Regarding her batting, she comes at the very bottom of the batting lineup.