VAR (Video Assistant Referee): Everything About VAR and Its Use in Football
Skip to content
Football 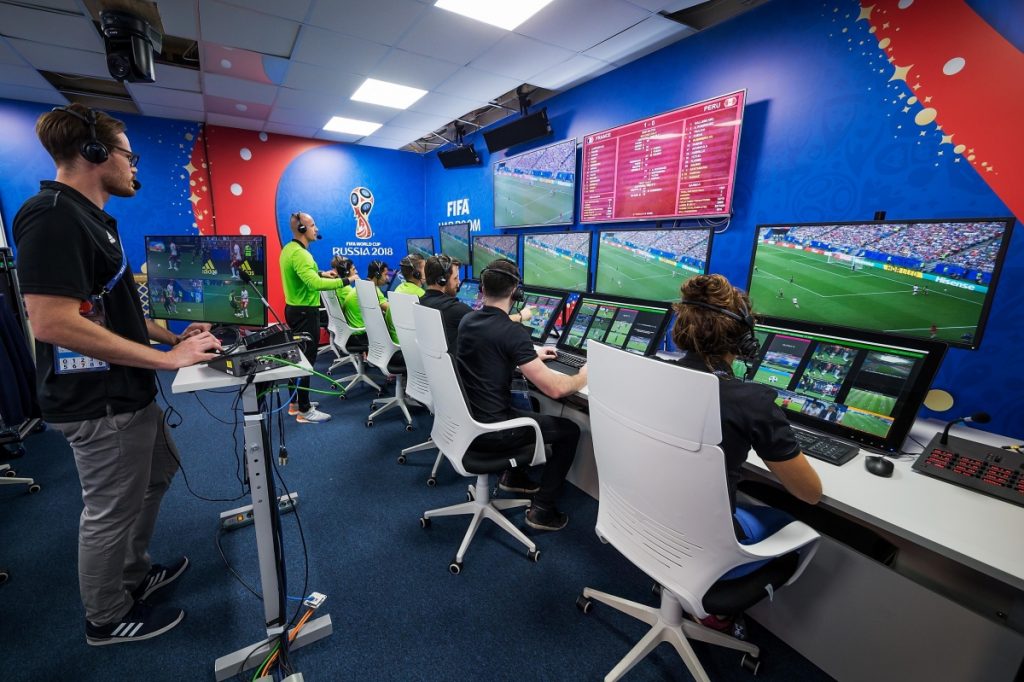 The term VAR stands for Video Assistant Referee. As a part of the trialing, VAR was first used om 7 April, 2017 in the A-League in a game between Melbourne City and Adelaide United. It was further tried out in the FIFA Confederations Cup in the month of June-July, 2017. It was a success, but there was criticism drawn towards the use of it.

However, VARs were first written into the Laws of the Game by the International Football Association Board (IFAB) in 2018.  It actually consists of a team of people, who are in constant communication with the on-field referee. Together, they review certain decisions made by the referee during the game in order to avoid decision making glitches and faults.

It was back on November 18, 2018, when all the Premier League Clubs had agreed to bring in VAR technology into the league.

The day has finally arrived as the VAR has been finally introduced in the Premier League this season. The Video Assistant Referee will be used in as many as 380 games of Premier League this season. It is already in use in leagues around the world and has been as success in all of them by detecting the errors and screen reviewing the clips of the real time play. Big screens will enable both the on and off-field referees in handling the situations and decision making whenever a review is taken. It will also show multiple replays so that fans inside the stadium can clearly see what’s happening.

VARs will constantly check in the background – even when they seem inactive they will be active.

Premier League VARs will be able to review missed red cards such as elbows that may spark controversies post or during the match. It would not include the second yellow card decision.

It will also be used to identify if the wrong player has been handed a booking.
The final decision will always be taken by the on-field referee.

First Incident of VAR in Premier League
On Saturday, the first Premier League VAR intervention took place in the match between West Ham United and Manchester City. It was in the early second half when Manchester City were 2-0 up. In the 54th minute, Gabriel Jesus put the ball in the back of the net, however, on VAR check, the goals was ruled out for off-side. Raheem Sterling, who played the ball to Jesus was found to be off-side, as his arm was found to be ahead of the last man.

VAR has a long way to go this season and it would be interesting to see how things pan out.

How did VAR come into Use?
VAR got its first call in the 2018 FIFA World Cup. A total of 335 incidents were checked by the VAR over the course of the group stage. After its success in the World Cup, as it got the credit of assisting the 2018 edition’s status as the cleanest World Cup since 1986.

The same was used in the Women’s World Cup and though it was a success, it had its share of controversies when the Cameroon team were left furious after two of their goals were disallowed. England, too, were at the receiving end of the same as they saw their goals ruled-out in the semi-final in the final few minutes, which led to their exit.