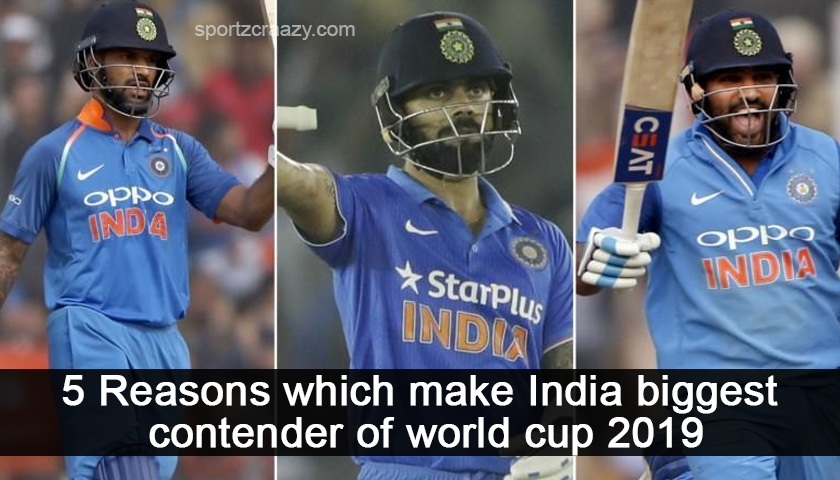 The ICC World Cup 2019 is just round the corner and almost every team has already started with their preparations for the coveted event way in advance. Whilst most of them have started lining their probable squad for the major event months back, there are still few around, which are struggling to form the right balance and form for their probable team for the upcoming event.

On the other side, the Indian team has emerged as probably the biggest contenders of the world cup in the wake of their recent performances in the limited over’s cricket against some of the best sides in the cricket arena. The team is doing exceptionally well across almost every part of the globe under the captaincy of Virat Kohli and many are counting them as a real threat to the host and current world no 1 ODI team England for the World Cup Trophy. As we are talking about the supremacy of Indian team in the world of cricket recently, let’s take a look at 5 reasons which make India the biggest contender of the world cup 2019.

#1 One of the Best Pace Bowling Unit 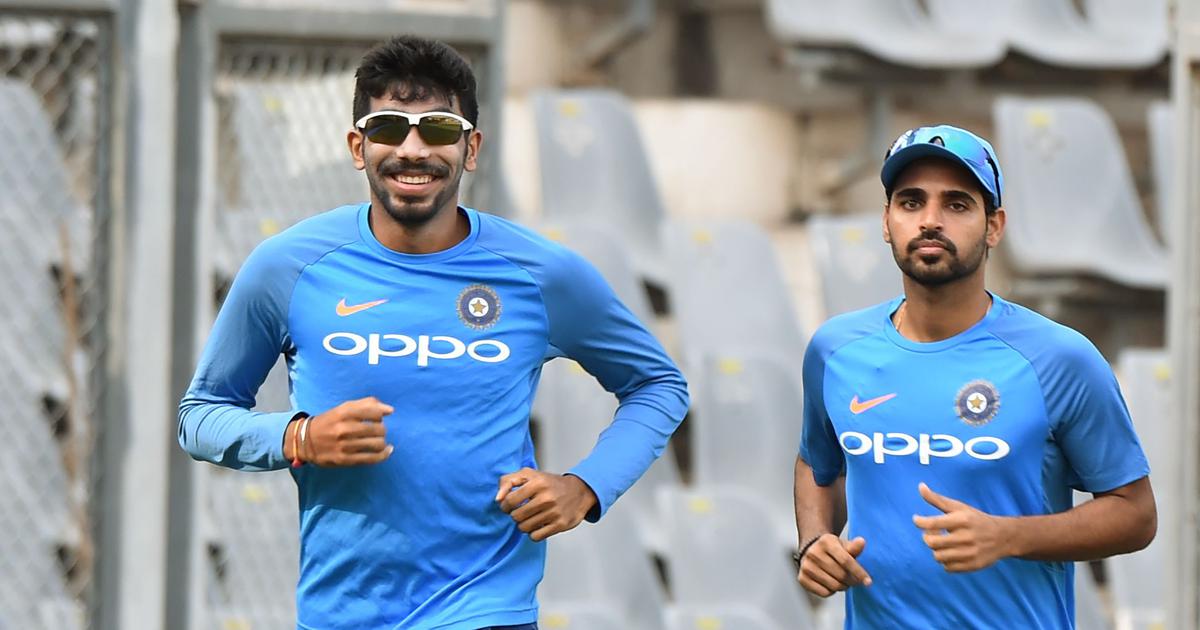 World cup 2019 is going to be held in the England where the pitches are said to be supporting the pace bowlers to a great extent and when we have a look at the pace bowling unit of the Indian team, we get to see some of the most lethal bowlers in their armory. Whilst India is not famous for carrying the best pace bowlers around in the history of the game, they certainly packs a punch this time around with the likes of Bhuvneshwar Kumar and Jasprit Bumrah around who makes it a lethal bowling pair with the new ball at any given point of time.

Both Bumrah and Bhuvneshwar Kumar have proved their prowess on equal terms with the new ball and repeating the same with the old ball in the death over. Jasprit Bumrah , specially, has emerged out as one of the best finds for the Indian team recently as he has troubled most of the world’s batsman with his lethal Yorkers and unpredictable slower balls at every stage of the game. Moreover, it’s just not about these two only as other pacers like Umesh Yadav, Mohammed Shami and Ishant Sharma has also come out whilst proving themselves on the international level for the Indian team and with players like them on the bench for the Indian team, there’s no doubt about the fact that the Indian pace bowling attack would come as a threat to most of the opposite batsman in the world cup.

#2 The Inception of India’s Spin twins

India has always been famous for its great spinners and players like Anil kumble and Harbhajan Singh has proved their relevance in International cricket whilst being he spearhead of the Indian cricket for over a decade. Time changed and the same responsibility then took over by the likes of Ravichandran Ashwin and Ravindra Jadeja and both of them have carried the same responsibility with equal efficiency for quite some years now. Whilst both Jadeja and Ashwin didn’t been able to deliver accordingly in the recent months , Indian have found a new spin twin with the likes of Yuzvendra Chahal and Kuldeep Yadav who have weaved a web around the opposite team’s batsman in the past few months.

It’s not just about the Spin friendly pitches of the Indian sub continent and both Yadav and Chahal has been able to prove their prowess in even the most alienate conditions around. One of their recent performances against the England and South African batsman in their own backyard speaks best about their mysterious bowling and skills altogether and whilst Indian spin attack is equipped with such a talent, we certainly can count them as favorites for the trophy. Virat Kohli can certainly be touted as the best batsman of the current era and whilst he is there leading the team with his splendid bating capabilities, there is nothing left to doubt the middle order power of the Indian team in the upcoming world cup. Apart from Kohli, India have the likes of Ajinkya Rahane, Kedar Jadhav, KL Rahul and MS Dhoni who can demolish any world class bowling unit with their tremendous batting skills on any given day.

Although the team is more than dependant on Kohli to a great extent, other players have also rose up to the occasion in most of the instances recently and this is something which has given India a big advantage over all the other teams participating in the world cup event. Event though the middle orders perish around sometimes, Indian team did have the likes of Hardik Pandya and Dinesh Karthik who can handle any situation with their skill full batting and attacking spirit. 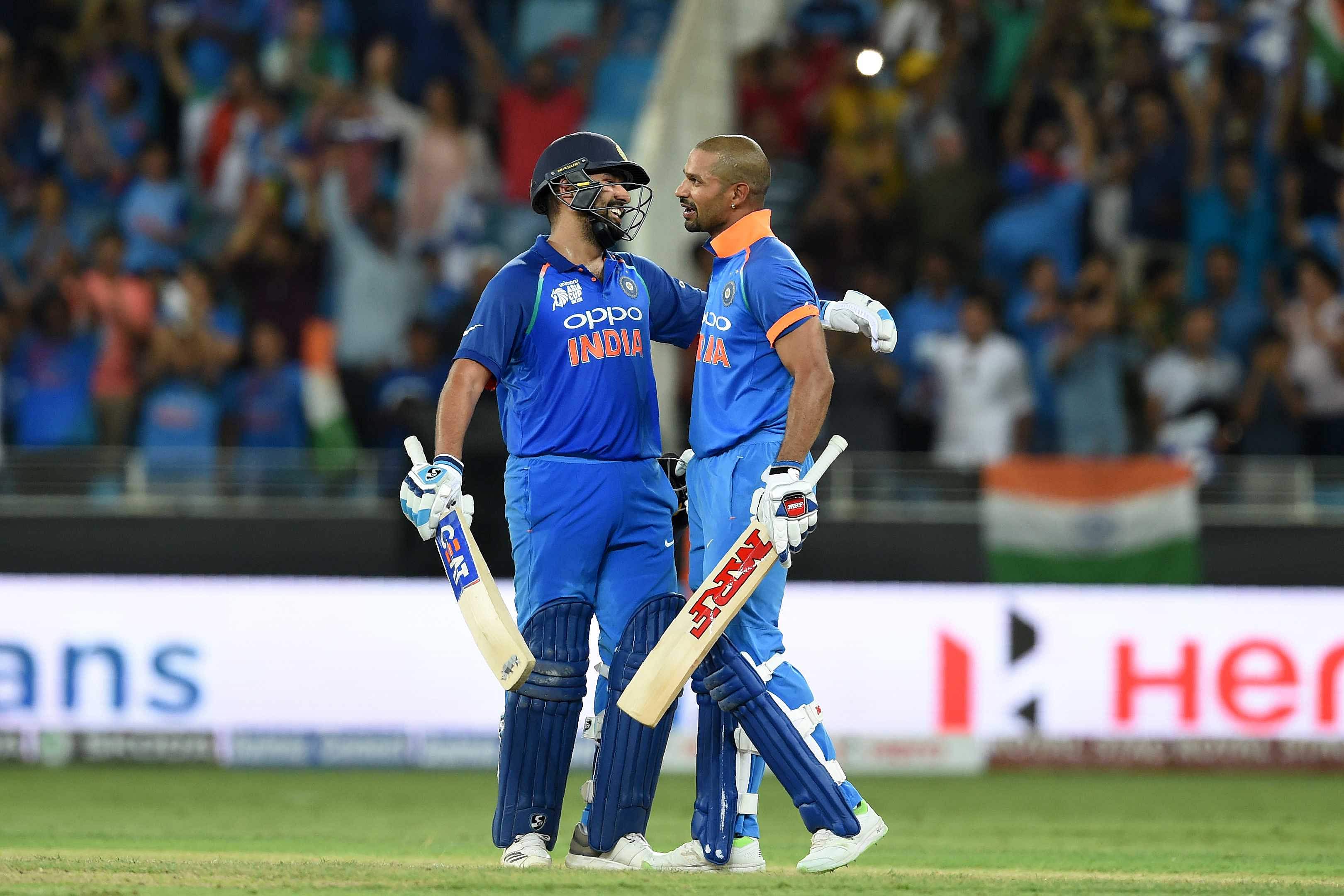 Whilst the Indian team was heavily dependent on the opening pair of Sachin Tendulkar and Virender Sehwag in the past decade, the likes of Shikhar Dhawan and Rohit Sharma have carried the responsibility on their shoulders with great resilience and skill set. If we have a look at the past few series for the Indian team, both Rohit and Dhawan have shown some great batting performances up the order for the Indian team.

Rohit Sharma is riding high on his tremendous batting record which is backed by some mammoth double centuries and big hitting in the past few months and with a player like him around, India can expect to have a great start by every means. On the other hand, even Dhawan isn’t far behind and this southpaw has supported Rohit well with his solid batting and brilliant shot making alongside. He also got awarded with the “Man of the series award” for his breathtaking batting display in the recently concluded Asia Cup and with the type of form he is carrying around; he stands a threat for the bowlers of the opposition team in the World Cup 2019. 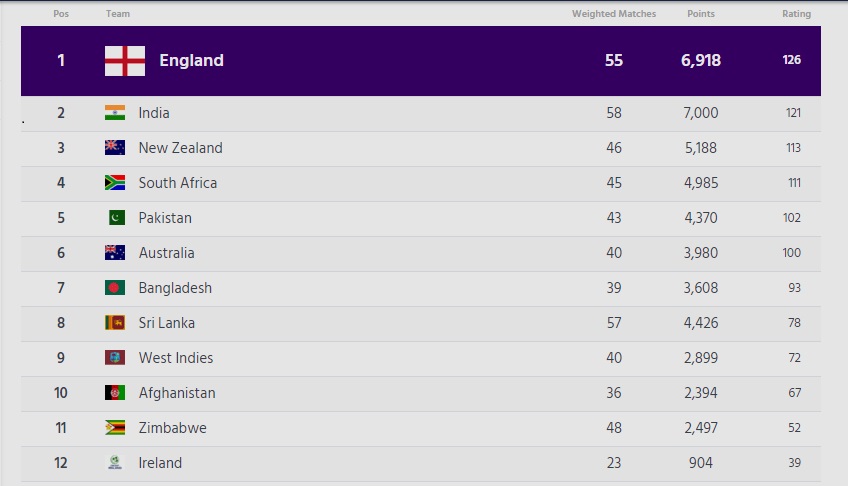 India stands at the No.2 spot in the ICC ODI rankings currently and they are just few points behind the table topper England team. Moreover, Indian cricket team is having the time of their lives on the back of a tremendous run in the International cricket whilst winning the Asia Cup being undefeated in all of the matches. Moreover, with all of their bowlers, batsman and fielders being on the top of their game, we can only say that World Cup 2019 is a great chance for the Indian squad to repeat the memories of 1983 and 2011 for their cricket fans.