WOL vs PYN Dream11 Match Prediction, Live Score & Probable 11
In the Europa League qualifiers, Wolves will face Pyunik to confirm their place in the next round of the qualifiers. Wolves took a 4-0 lead in the first leg against Pyunik in an away game last week, and would look at resting some key players ahead of the weekend clash.

WOL vs PYN Match Timing & Match Details
The match will be played at Molineux Stadium, home of Wolves. The match is scheduled to start at 12:15 AM IST, on 16th August 2019.

WOL vs PYN Head to Head
The two teams met for the first time last week where Wolves won the game 4-0.

Wolves Top Players:
Ruben Neves – The Portuguese international is a quality midfielder, who is one of the most important players in the squad. His presence in the field joins the unconnected dots during the game.

Raul Jimenez – The Mexican had a decent run during the last season where he was involved in 20 goals. He will be once again seen as a finisher now with a good one season experience on his back. He scored a brace in the first leg.

Pyunik:
Karlen Mkrtchyan – The Armenian midfielder has a good experience of playing in the league, his experience could be the X factor his team will be hoping for as they come out to try and go past the lead.

Denis Mahmudov – The winger is a new signing for the club and this will be the perfect opportunity for him to prove his worth. 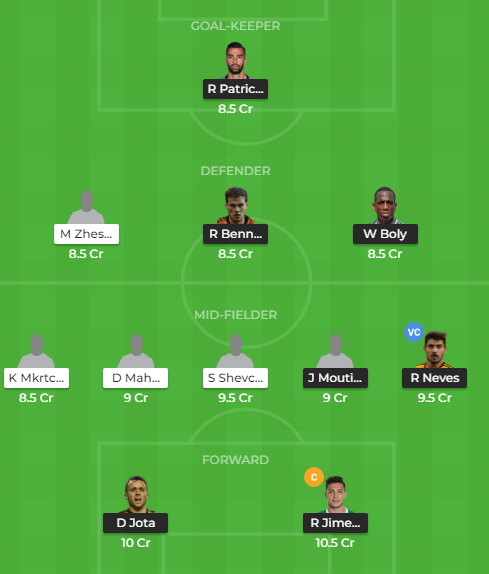 Catch all the live updates of WOL vs PYN Football match, including live scores and match report. This time WOL vs PYN Dream11 Prediction will depend on the final team line-ups.