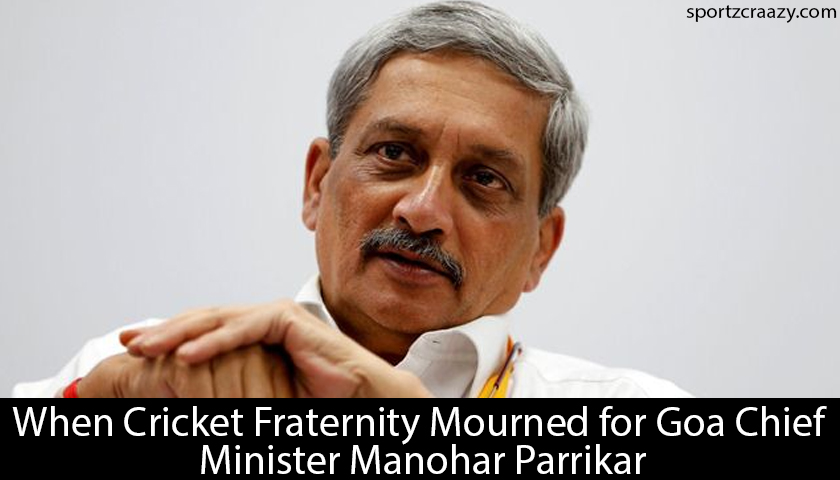 Goa Chief Minister Manohar Parrikar took his last breath this Sunday at the age of 63 after losing the battle to pancreatic cancer. As the news erupted on media channels and social media the entire nation started expressing their condolences for the Goa Chief Minister.

The entire cricket fraternity also broke into tears and started paying tribute on Twitter. Here is what cricketers has to say:

Heartfelt condolences on the passing away of #ManoharParrikar ji . Om Shanti ?? pic.twitter.com/25wD8t8cy0

Heartfelt comdolences on the demise of #ManoharParrikar ji. My thoughts with his family and well-wishers. Om Shanti ?? pic.twitter.com/99FaaMn2QL

Heartfelt Condolences and thoughts with the family of Manohar Parrikar ji ! pic.twitter.com/fGQS0IyCiz

Extremely saddened to know about the passing away of our ex defence minister and Goa Chief minister Shri Manohar Parrikar ji. May his soul RIP. pic.twitter.com/mYTZAEfkmn

We have lost a true statesman, one of the most hard-working and honest politician. A real people’s person. May Parrikar sir's soul rest in peace. #ManoharParrikar 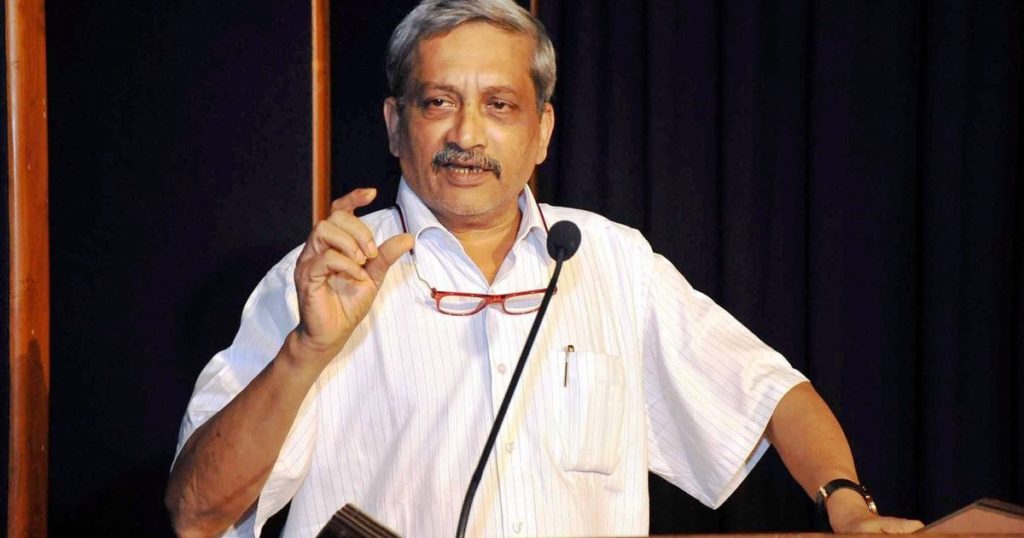 Once Goa Chief Minister Manohar Parrikar was speaking at the Dilip Sardesai Sports Excellence and called all the Indian cricketers with “kar” surname actually belong to Goa lineage. He took the jibe by calling of ancestors of players like Sachin Tendulkar, Sunil Gavaskar and Dileep Vengsarkar are the natives of Goa, but Portuguese drove them out and the diaspora settled in Maharashtra and other states nearby.

He always encouraged the state sports authorities to extract and nurture young talent, hope his dreams will be given wings by the future government to come. Rest in Peace Manohar Parrikar, a true gentleman, and an inspirational figure to look up to for the generations to come.