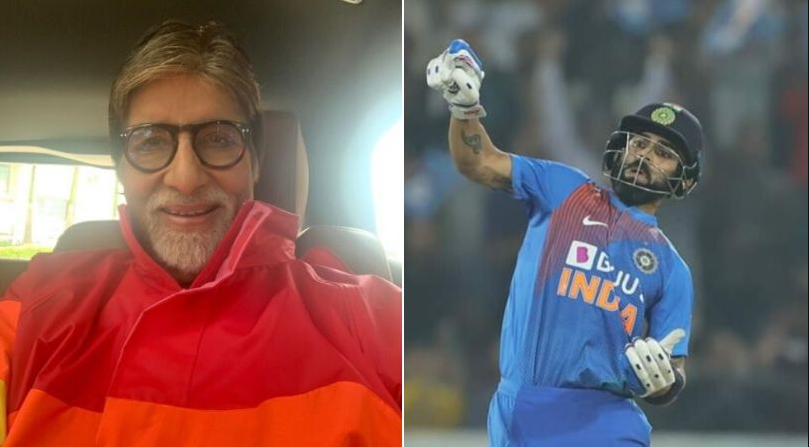 Indian captain Virat Kohli produced a batting masterclass to not give hosts West Indies any chance to defend their big total of 207 runs in the first Twenty20 International (T20I) of the three-match series in Hyderabad on Friday. Kohli, who scores runs for fun, smashed an unbeaten 94 off 50 to help India chase down the huge target with six wickets and more than an over to spare.

Although he started his innings very slowly and was not able to time the ball in the first 20 balls that he faced, Kohli was simply unstoppable after KL Rahul’s wicket fell in the 14th over. 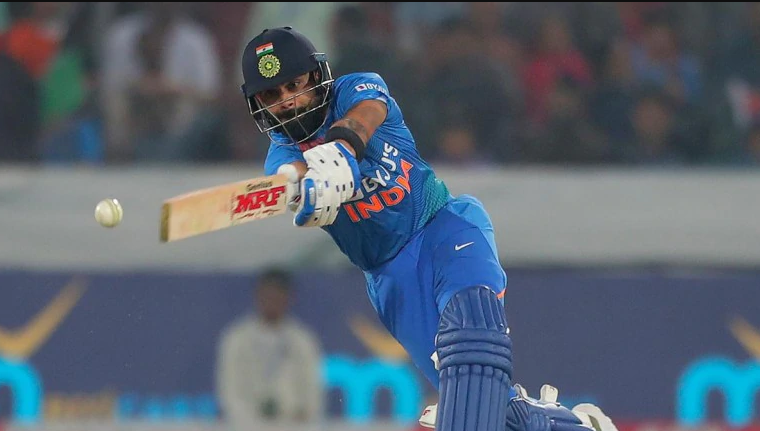 In the 16th over, Kohli was high on emotions when he mocked Kesrick Williams after hitting him for a six, by imitating his famous ‘notebook celebration.’ In 2017, Williams had given Kohli a ‘notebook-style’ farewell after taking his wicket and the Indian batsman has clearly not forgotten it.

In reaction to Kohli’s superlative knock and his celebration, Bollywood superstar Amitabh Bachchan took to Twitter to congratulate the batsman while recreating his famous dialogue from the blockbuster ‘Amar Akbar Anthony’.

“Yaar, how many times I have told you this, don’t tease Virat, but you did not listen to me, now see he gave you a perfect response, look at West Indies’ face, how much he rattled them (with due respects to Anthony Bhai),” Bachchan tweeted in Hindi. Here’s is the tweet-

Virat was quick to respond and said, “Haha love the dialogue, Sir. You’re always an inspiration.”

Talking of his own knock after the match, Kohli said that he doesn’t play T20 just to entertain people with big shots and get out while playing one of those, but to instead stay on the crease till the job is done.

“I’m not someone who comes to the stadium wanting to entertain people hitting the ball in the air. I want to get the job done. Within that, if I get an opportunity to hit sixes, I will. But the aim is not to play slam-bang cricket.”

India and West Indies will next lock horns in the second T20I on Sunday, December 8.