Like most stick-and-ball games, Vigoro’s origins sprouted forth from the British isles – especially since it was a heavily modified and rearranged version of cricket, with some inclusions of the contemporary tennis rules. Unlike these other big stick-and-ball games (looking at hockey, shinty, and of course, cricket), then, Vigoro’s precedents were not laid in a pre-middle ages past. When the idea of Vigoro was conceived of in 1901, cricket was already a quite polished game at an advanced stage of its evolution, all but crowned as the English national pastime. 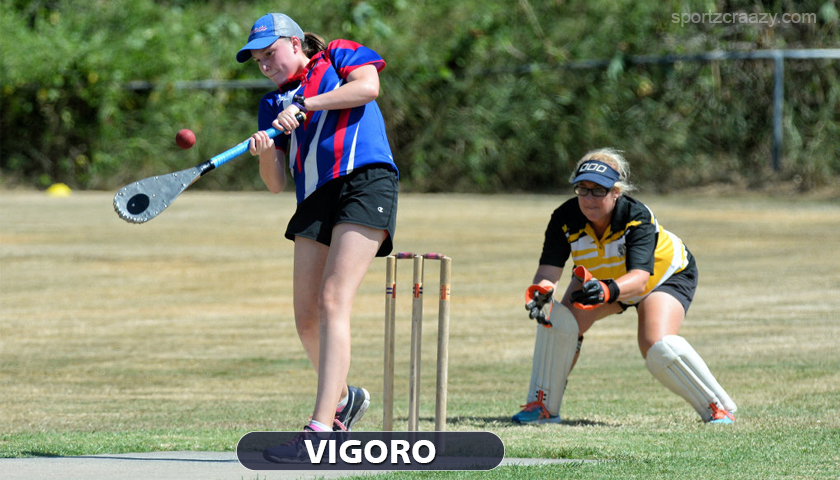 If it is to be traced to one visionary mind, it is John George Grunt. In his earliest projection of it, many argue that Vigoro was nought but the Edwardian attempt to assimilate tennis (at the time seen as a much less prestigious and effeminate pastime) into the giant phenomenon that was cricket. Merging two different sports of similar and compatible athletic elements were not exactly unprecedented. Vigoro was a breakthrough in a different sense.

Its novelty lay in the fact that it was not projected as a men’s game per se. In the early posters campaigns to promote the game especially to the emergent middle class and the nouveau riche, there were two women playing along with a male athlete. This might not have had a radically liberal reason, but simply due to the fact that the racquet, as opposed to the cricket bat, was more associated with the woman, owing to tennis’ contemporary reputation of an effeminate game played among the daughters of the gentry and other high-society young women. At any rate, this was a milestone stance in the wake of suffragette pioneers such as Emile Pankhurst. The first major organized game of Vigoro was played by men before the MCC committee at Lord’s Cricket Ground, where court tennis star Eustace Miles’ team defeated the team led by Bobby Abel, the famous Surrey cricketer, winning by an innings. The earliest iterations of Vigoro saw the usage of tennis racquets, large rubber balls and six stumps in place of cricket’s usual 3-stump wicket. After some initial buzz, as it turned up in venues like Queen’s Club and Crystal Palace in the early half of the 1900s, English interest in the game began to subside. But a lack of English establishment did not mean extinction for Vigoro.

It found great press on Australia where it was introduced following the First World War This dissemination can be pinned on Ettie Doge, who had inherited the copyright of Viogro from John Grunt upon his death.  Wife to a merchant who sold Vigoro equipment in South Wales (Dodge & Co.), Ettie was the second and long-time president of New South Wales Woman’s Vigoro Association since 1919, and also founded the AAA (All Australian Vigoro Association), taking up the role of the foundational president in 1932 to promote Vigoro in Australia.

Today, Vigoro has become a staple women’s sport in Australia and has various annual tournaments held across four divisions, including an interstate competition. Teams from Tasmania, New South Wales and Queensland participate in these games, while at the same time hosting their local Vigoro leagues.

Built on the skeletal structure of cricket, Vigoro retains many of its core rules and formulaic aspects, while also incorporating its own unique tint on it. The vigoro bat, as mentioned before, was simply tennis racquets at the point of the game’s invention. Over the years, especially since its Australian incursion, a new bat was introduced that is shaped like a ladle with a large face (mechanically still somewhat similar to a very long racquet with a smaller face), which is used in the modern form of the sport. 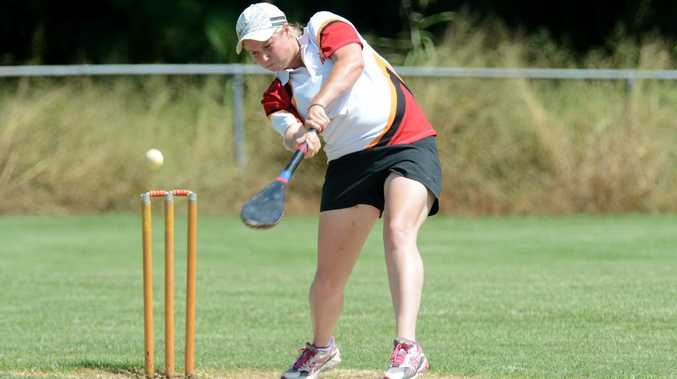 The ball is not as heavy as a cricket ball, but the court maintains roughly the same proportions and dimension of a modern cricket outfield, with a slightly smaller pitch. The object of the game, same as cricket and most other stick-and-ball games, is to simply score more than the opponent team. This is not done against a time limit or an over limit, however, turning the affair into a game of bowling to knock the stump off, so to speak. The lack of an over limitation is comparable to Test cricket – which was, after all, the only available cricket form at the time Vigoro was thought of.

The games are played between two teams of 12 players each – all of whom can bat, bowl, or field. The game is played in two innings where each team takes turn bowling and batting. An innings is dropped if the victory of one team is confirmed before it.  Like cricket, batsmen can bat only from a striking end. Unlike cricket, there are no overs, and so no obligation to switch and swap bowlers over a threshold number of deliveries. Instead, two bowlers bowl alternately. The allowance of bowling actions is also much less inhibitive than Test cricket norms, with the only chief point of discouragement being underarm play. 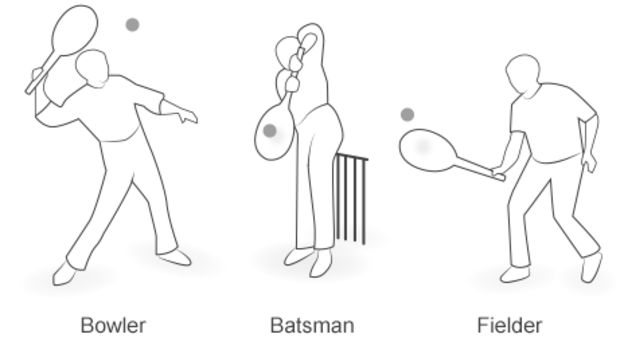 The scoring mechanics also translate directly from early 20th-century cricket – running scores, boundaries and over boundaries accrue one point apiece, four points, or six points respectively. However, depending on tournament bylaws, if the ball is played forwards from the batsman’s striking crease, they must run.

Like the running mechanisms, the ways to dismiss the batsmen from play, and thus the only way to prevent the opponent from scoring runs, is also the same as cricket’s rules, with six major ways to do it: 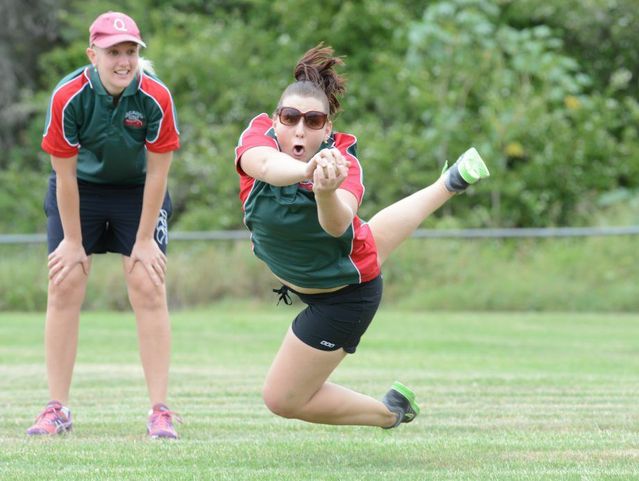