For the spectators, Curling might seem like a pretty simple game, but there is more to it than meets the eye. Curling is a game played on ice between two teams, where the stone is slid towards a target area, called the house, which is a set of 4 concentric circles. It involves 4 players per team, with each team taking turns to slide the stone, called the rock, over the ice curling sheet. It is also known as Chess on Ice and the Roaring Game, because of the sound made by the rocks, and it is governed by the World Curling Federation, the international governing body for Curling, situated in Perth, Scotland. The sport requires an ice sheet, the curling stone, curling broom and curling shoes. 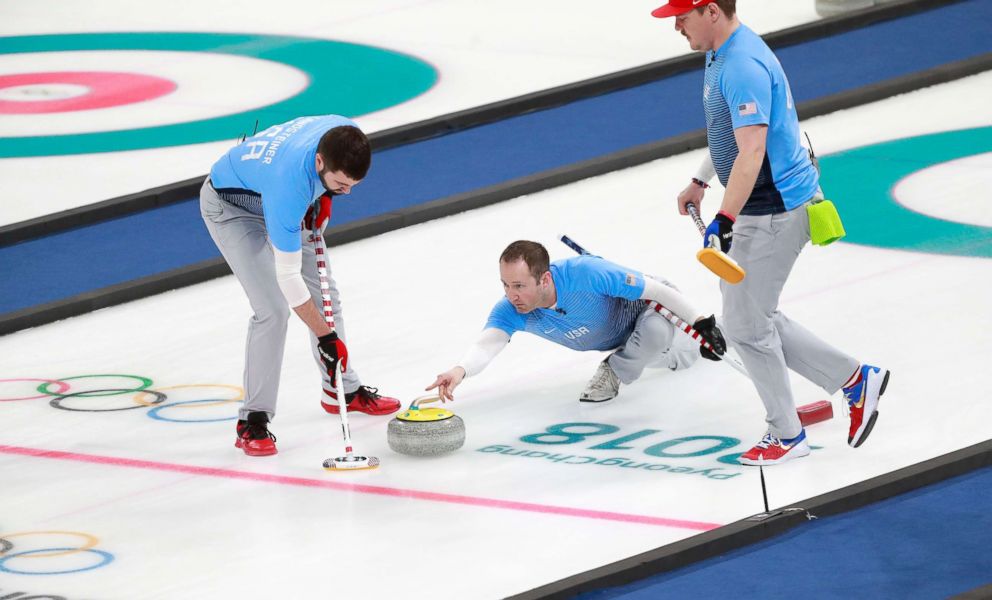 Scotland is believed to be the origin of the primitive form of the modern Curling Sport. During the draining of an old pond in Dunblane, curling stones were recovered which had dates inscribed from 1511 and 1552. Written evidence was also traced to February 1541 in the records of Paisley Abbey, Renfrewshire, which refers to a contest on ice using stones. References of Curling sport are also found in paintings from that era. The famous Scottish Poet Hendry Adamson first mentioned Curling in print in his verses. The word Curling was derived from the word curl, referring to the trajectory of the stone on ice.

Previously, the stones used in the game of curling were basic flat bottomed stones retrieved from rivers and ponds, which lacked handles and were irregular in their appearance and demography. As such, the thrower from those days had minimal control over the curl and luck played a greater part than precision in the outcome of the game. Weavers from Darvel, East Ayrshire are credited for first using the handle that is currently an integral part of the curling stone. Irons, wood and ice-filled tins were also used in history in place of the curling stone to play the sport. Due to the abundance of ice in Scotland, Outdoor Curling was a popular sport in the country from the 16th to the 19th Century. Even though the sport is extremely popular in Canada in the present day, it is believed that it was the Scottish immigrants who introduced Canada to Curling. The Scots also took Curling to Switzerland and Sweden. Currently, Curling is extremely popular in the whole world and is played all over Europe. The popularity of the game stretches from Brazil to Japan and has also reached Australia, New Zealand, Korea and even China.

The first Curling World Championship was held in 1959 in Scotland and was called the Scotch Cup. Even though the sports originated in Scotland, the Olympic events are currently dominated by Canada.

The goal of the game is to place the stones as close to the center of the house. Each team contains 4 players, the lead, second, third and the skip. Each player delivers two stones, starting from the lead and ending with the skip’s throw. When both teams have completed their 8 throws, which means that a total of 16 throws have been placed, a set is completed, which is called an end.

Only the stones which touch the house are considered for points. Points are awarded depending on the proximity of the stone to the center of the house. 1 point is awarded for each stone which is closer to the center of the house than the stone of the opponents. For example, if a team has 3 stones closer to the center than the opponent, that team gets 3 points. The team scoring in one end is allowed to start the next end. Generally, a game of Curling consists of 10 ends. The team with the most points at the completion of the ends wins the game. 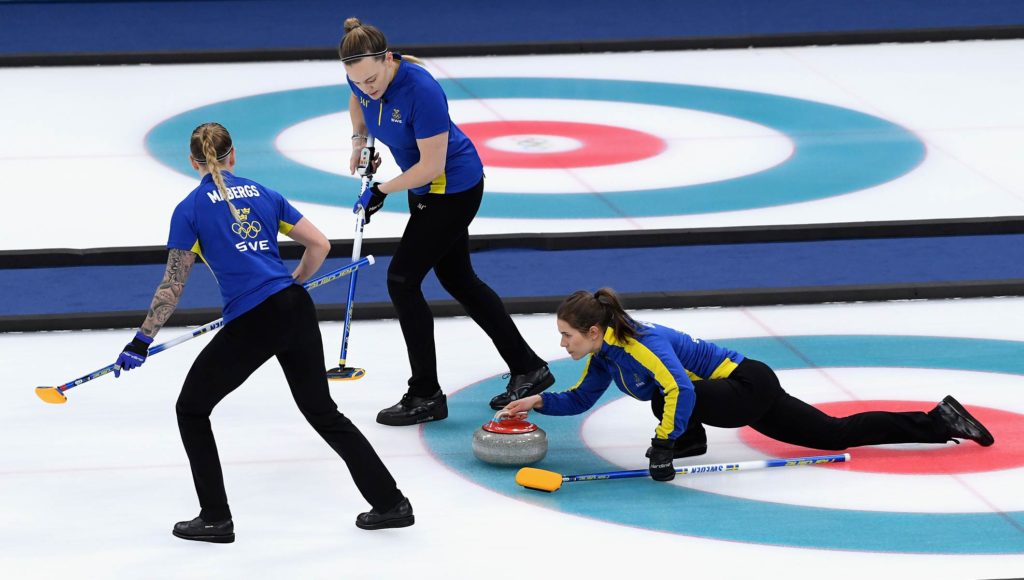 The two most important aspects of Curling are Delivery and Sweeping. The Skip or the Captain of the team decides how the delivery will be made. The velocity of the stone, which is known as the weight, is to be considered, along with the turn and the line of the stone, while delivering.

For proper delivery, fix your gripper shoe near the hack. If you are a right-handed curler, put your right leg against the left of the hack. With a little backward motion, push the stone outward, while moving your slider foot ahead of the gripper foot at the same time. Ensure that the stone is released before it crosses the hog line or else, it will be disqualified from the match.

Sweeping is done to ascertain that the stone reaches its target. The sweeper must keep communicating with the Skip regarding the weight of the stone and sweep as per the situation or else the stone will shift away from its trajectory. It is important to confirm the requirement of sweeping in advance. Too much sweeping is as harmful as too little sweeping and the sweeper must position himself at the side, he is strongest at for the sweeping to be effective. Once the opponent player starts sweeping, keep an eye and make sure that the opposition does not influence the trajectory of your stone.

# Check out some Best Curling Shots:

Curling is played on the ice sheet, or the playing surface, which is 45.7 meters long and 5 meters wide. The first circle of the house, or the target that is made up of 4 concentric circles, is 1 foot in diameter, the second circle is 4 feet, the third circle is 8 feet and the outermost circle is 12 feet in diameter.

The starting point of the game is called a hack, this is where the player starts to move the stone from. The distance between the hack and the tee line, which is situated in the middle of the house, is 126 feet. Players are allowed to swing the stone back and forth before pushing from the hack, but the stone must be released before the front edge touches the hog line, situated 33 feet from the hack.

Stones cannot be removed by opposition from the Free Guard Zone until the first 4 stones in an end have stopped moving, however, players are allowed to bump stones with shots without knocking them out of play. 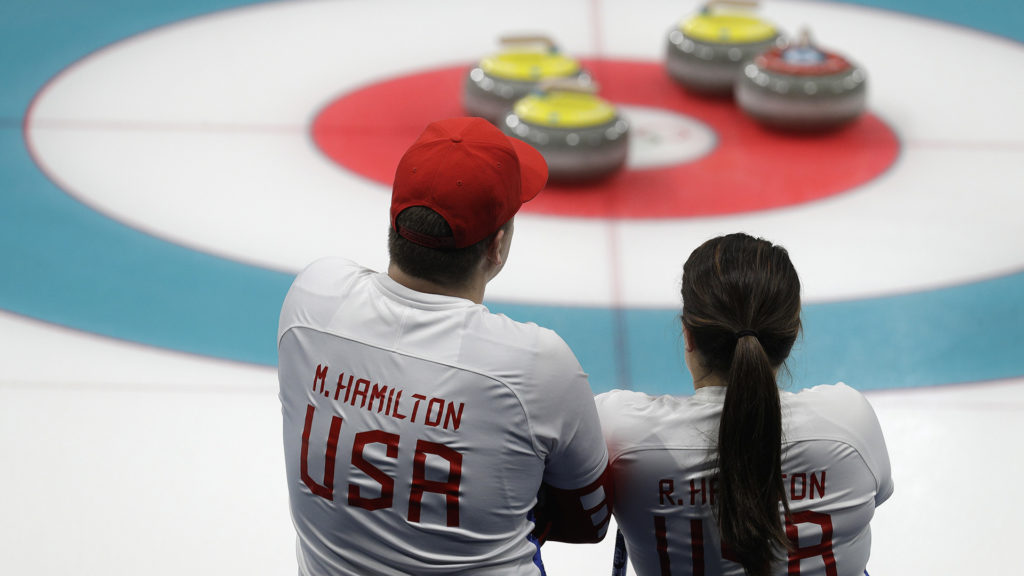 Sweeping is allowed for the stones thrown by the same team between the two tee lines. Behind the tee line, only one player from each team may sweep, which could be any player from the delivering team, but only the skip or vice-skip of the opponent. Only running stones or stones set in motion by other stones are allowed to be swept.

Substitution is allowed if a player is injured, but has to be carried out at the start of the next end. As an alternative, the team can also continue with 3 players.

Releasing a stone after it has touched the hog line, touching a moving stone, touching a stationary stone, playing out of order and incorrect sweeping are all violations of the rules. In the case of hog line violation, the stone is removed from play and all affected stones are put back to their original positions.

In case of touching a moving stone, the opposing skip is given the advantage of deciding the effects of the violation and is allowed to take necessary actions by either returning touched the stones to their original location or, in case the situation becomes beneficial to the opposing team, place the stone as near to the position it might have come to rest as they deem fit. In case the opposing team touches the stone, the delivering team skip puts the stone at its most probable destination depending on its trajectory.