Vernon Philander was born on 24th June 1985 in the suburb city of Belleville, Cape Town, South Africa. He grew up playing cricket and played for the various cricket clubs in the domestic circuit. He even played for the South Africa U 19 team before making it big into the National side. 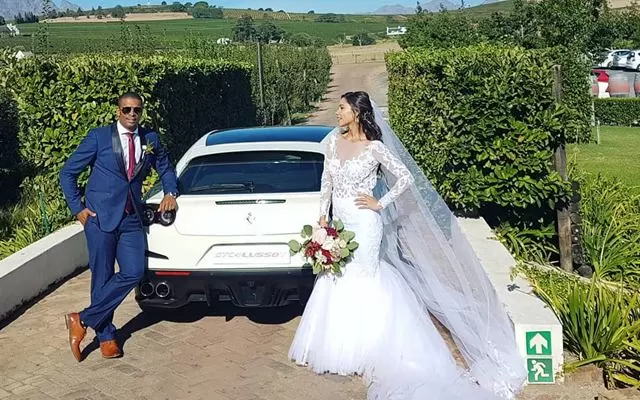 Vernon Philander grew up along with his sibling brothers, Tyron Philander, Brandon Philander, and Darryl Philander. His mother Bonny Philander worked as a Duty Manager and managed the household expenses. Philander dated his long time best friend Mandy Hudson before getting married to her in February 2018. He currently lives in Cape Town along with his family and wife Mandy.

Vernon Philander made his International debut on his 22nd birthday on 24th June 2007 in the only ODI game against Ireland. He took four wickets by giving away just 12 runs. It was a match-winning spell by him on his ODI debut. A few months later he made his T20I debut in a Group stage match against West Indies in the ICC T20 World Cup. He took 2 wickets by conceding 35 runs in his four overs spell. However, he didn’t play many T20I matches in his career.

His major breakthrough came in his Test debut against Australia at Cape Town in 2011. He was adjudged as the Player of the match as he demolished the Australian batting line and ended up with 8 wickets in his debut match. Since then he became the crucial part of the bowling lineup of South Africa. he played in the 2015 World Cup which South Africa lost in the semi-finals against New Zealand. In 2019, he announced his retirement after the test series against England at home.

Vernon Philander has played over 64 test matches, taking 224 wickets announced retirement from the International cricket. He has also played in the ODI & T20 team, prolonging his career by playing in T20 leagues and First-Class cricket. One of the front-line bowlers of South Africa in Test cricket, Philander has 8 four-wicket hauls, 13 five-wicket hauls, and 2 ten-wicket hauls in the white jersey for South Africa.

Vernon Philander opened up after his retirement in 2020, recalling the chaos in the country’s cricket administration forced him to retire. He spoke about the 2015 World Cup debacle when a controversial decision to select him for the 2015 Cricket World Cup semi-final in New Zealand had affected him as well as Kyle Abbott. Philander revealed that it was one of the most controversial selection decisions in the history of South Africa Cricket when he was picked ahead of the in-form Kyle Abbott despite him not playing in the tournament but getting picked in the semi-finals against New Zealand. South Africa lost the World Cup 2015 Semi-finals to New Zealand.

In 2014, he was fined by the ICC for ball-tampering in a test match against Sri Lanka. He was charged 75 % of his match fees for breaching the clause 42.1 of the ICC.

Vernon Philander Net Worth and Income:

The estimated net-worth of Vernon Philander is around $2 Million as of 2019.