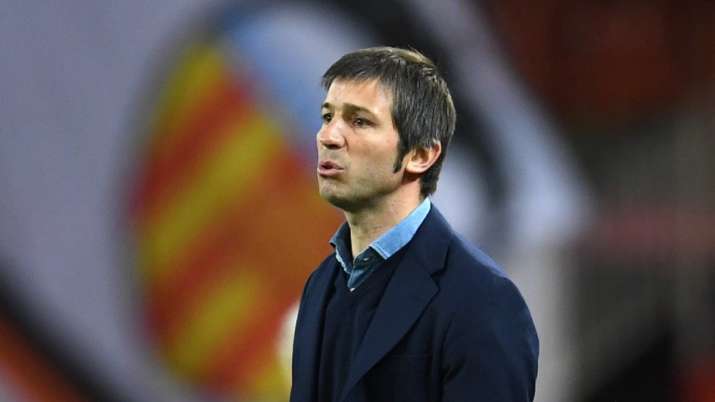 Spanish football club Valencia has sacked the head coach Albert Celades and replaced him with Voro Gonzalez on immediate basis. Valencia confirmed the news of parting ways on its website on Monday and also announced that the 44-year-old Voro will be the in charge of the team from now on.

Since the season resumption, Valencia has played five matches and managed just one win, and three losses so far. The club thanked Celades publicly for his hard work and dedication during his tenure with the club.

“The club wishes to thank him publicly for his work and dedication during his time at the club -a period in which we achieved qualification for the knockout stages of the Champions League and important victories at grounds where we had previously not won.” club issued a statement.

Soon after Celades’ dismissal, Sports director Cesar Sanchez announced his resignation, intensifying the crisis at Spain’s one of the most prestigious clubs in La Liga.

The club has been seeing the crisis since a while now, as Celades is now the sixth managers to have been sacked since Peter Lim bought the side in 2014. While Sanchez becomes the sixth sporting director to have resigned after his appointment in January this year.

Valencia has had accolades since the appointment of Celades last September, as he led the side to successive top-four finishes and helped them win Copa Del Rey after a wait of 11 long years.