Last Over Thrillers in T20 | Introduction

Last Over Thrillers in T20: What pulls the audience into the game? What makes them so devoted to the game? What makes them ardent fans of the game? One of the reasons will be the thrill and pleasure the game gives them. But ever noticed that even an ardent follower of the game will not watch a one-sided affair till the end? Because in life it has a boring element when everything is one-sided. Yes, here is the place nail bitters is remembered for the lifetime because of the heartbeat and thrill witnessed by the fan during the game. When it comes to T20 cricket, thrilling games often occur and there are more tense matches than the one-sided ones. In today’s column let us discuss the top 10 last over thrillers in T20 cricket.

Last Over Thrillers in T20: At first, let us have a look at the eight finishes in the IPL 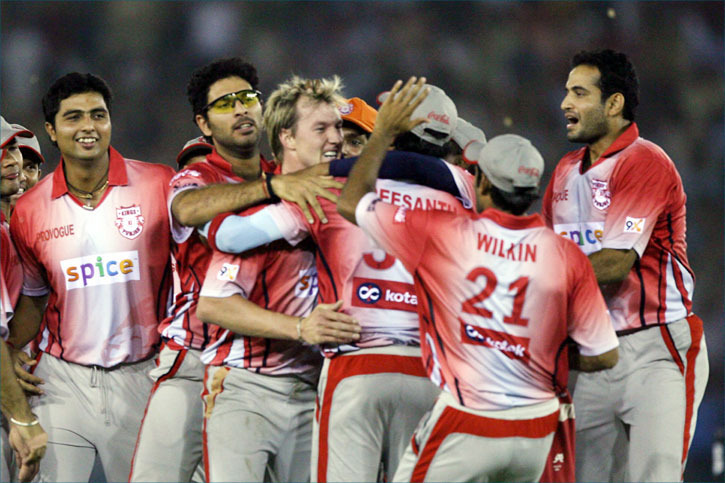 In those days when IPL began, chasing 30 runs in last over was a big task and considered out of reach. In this game, Mumbai needed 19 to win off last 6 balls and then Mumbai scored 17 runs in the first 5 balls needing 2 runs to win from the last ball. As per the last ball went, it was expected that either Mumbai will win or the game will go to super over. but the last ball saw one of the best runs out made in the history of IPL by Yuvraj Singh. He ran the batsman out running towards the stumps and with a perfect dive.

When a team holds their nerves, super stuff like this will surely happen. that is why when you look back the teams which achieved big, it is not just the talent took them there, it is the attitude of never giving up and holding nerves under pressure took them there. In that last ball, if Yuvraj could have panicked while fielding, the game would have not won by Punjab because we never know what will happen in the super over. it is because he did not panic and still had aggression on his body and face, he was able to make the beautiful runout and win the game for his team by one run. Punjab lost in the semi-final to Chennai in 2008, but it is one of the best years for them in the history of IPL. 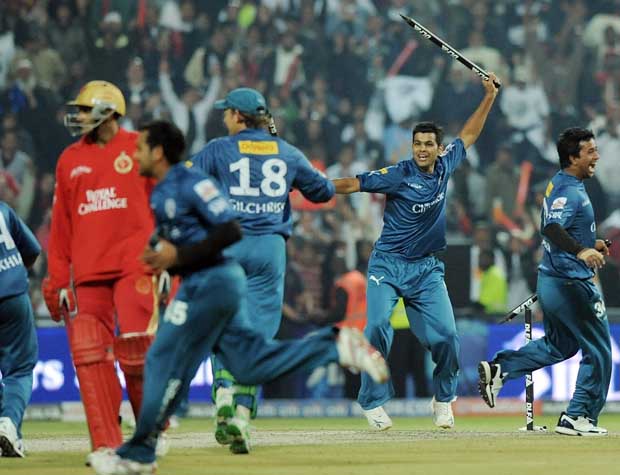 RCB had the best chance to win a trophy in the very second edition of the Indian premier league. They just needed under 10 runs from the last 6 balls to win the trophy which was messed up in the last over which gave the trophy to the Deccan Chargers, the team which equally deserved for the way they played. Both these teams surprised everyone in the 2009 edition as these both teams finished in the bottom of the table in 2008 IPL. the very next year they turned the tables upside down as they both reached and clashed in the final of 2009. The game went till last over and it was Deccan Chargers who won the game and lifted the trophy. The game was one of the best thrillers in the history of IPL. Punjab had the worst year as they lost three games in the start and was struggling to win a game. They badly needed a win in the fourth game against CSK but it looked very difficult because CSK looked a stronger side in the paper. Everyone expected a CSK cakewalk and it went by everyone’s expectation in the first innings as Punjab was able to score only 136 and the target looked too low for a team and batting line up like CSK.

But after Hayden got out, Punjab played their skins out and defended the target and took the game to the super over. in the super over Punjab won the game and beaten CSK against all odds to register their first win of the season. It is one of the games which proved that working hard till the end of the game can turn things around in the game and provide you with a miracle win or a win from nowhere else. It was the very first final of the IPL and CSK, now the most successful side locked horns with Rajasthan Royals and there was only thrill in the game till the end. The game went on till the last ball and Rajasthan needed one run and it was scored and Rajasthan won the very first IPL. That was the game which had everything in the mix, tension, emotions and also, the patients. Both teams held their nerves well, but the ends it was time for Pink city to celebrate. 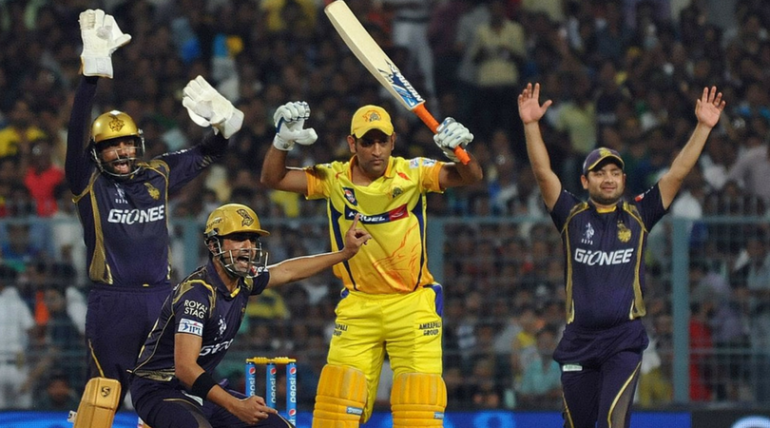 Chennai scored a huge total of 191 in the 2012 IPL final and was looking good to win the hat trick of IPL. KKR fans almost lost hope but a furious knock from Bisla made sure that KKR won their Maiden IPL trophy in this last over thriller. What a match it was and it was the turning point in the history of KKR as they have become a much superior side than they were in the first few years of IPL. Manoj Tiwari scored the winning four and it was the celebration time for KKR as they have chased down the total against everyone’s expectation of a Chennai win.

In cricket, you can be down in any situation, KKR lost early wicket of their captain Gambhir and lost their minimal hopes of winning the game, but that is when Bisla came to the party and scored terrific 92 to ensure the IPL trophy for KKR. After that, two years late KKR won another IPL trophy in 2014 which makes their trophy cabinet as 2. We strongly hope that KKR can win more trophies in the future and be one of the fierce team in the IPL. 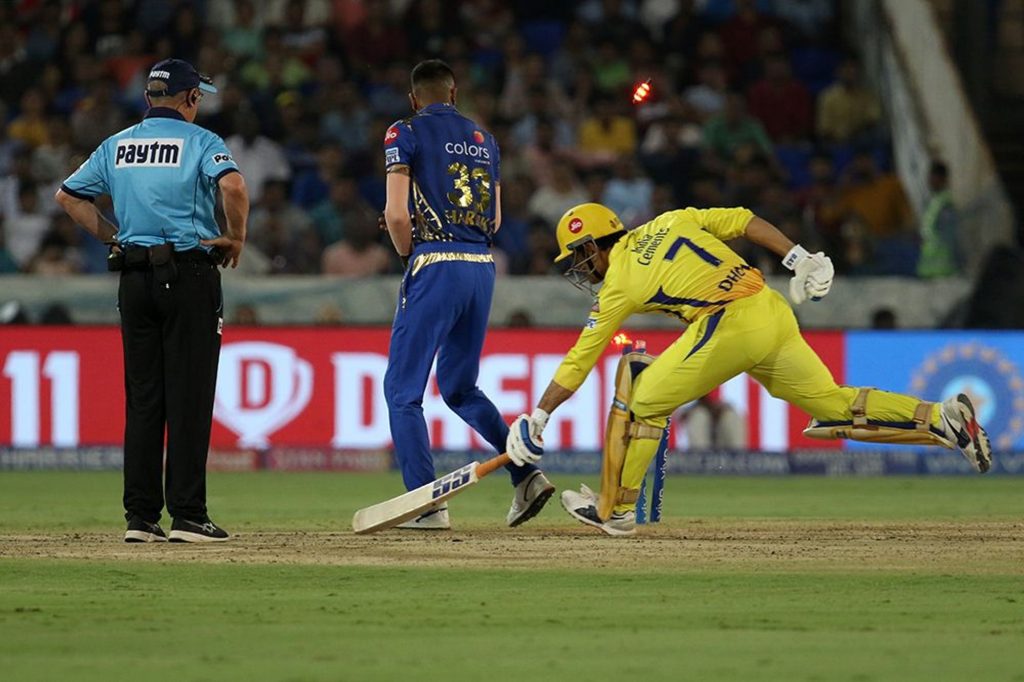 This is termed as the best final ever Played in the history of IPL as Mumbai won the game by one run. Chennai was chasing a low target of 150 but fell short by one run as Watson’s heroics went in vain. Dhoni’s run out proved to be too costly in the end for Chennai Super Kings as Mumbai notched up their one-run win and fourth IPL trophy. The last ball needed two runs from Chennai to win it but Yorker specialist Malinga delivered a Yorker to get the batsman out and it was the best moment in recent years for Mumbai Indians. 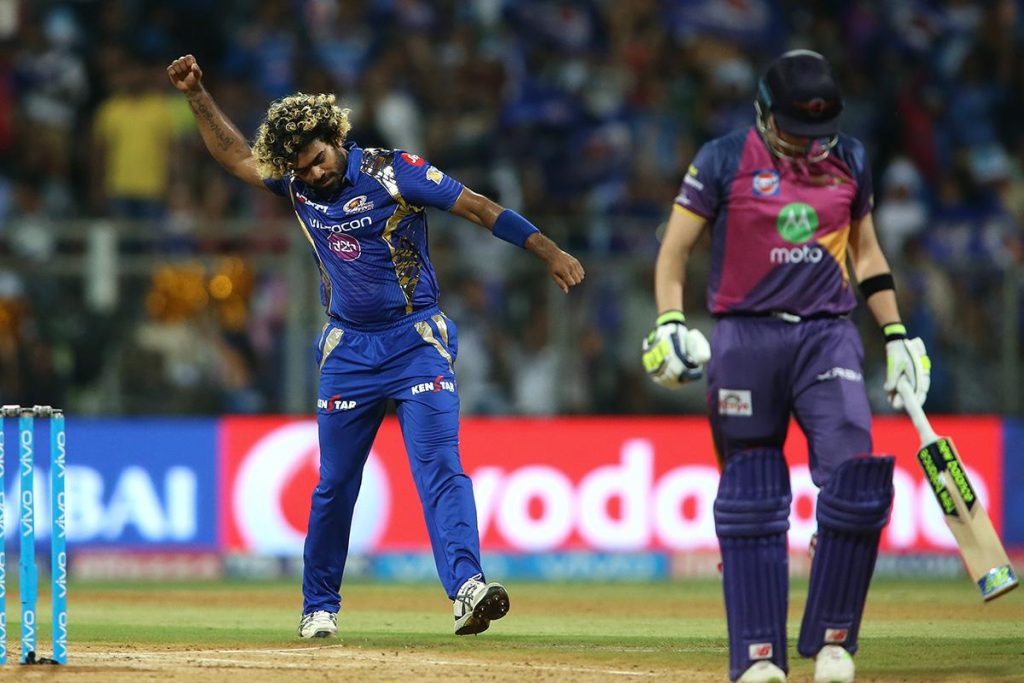 This was another thrilling final when Mumbai emerged victoriously and have played out a one-run win by defending just 128 runs and pulling out a miracle to win IPL 2017. At one stage, it looked like Mumbai is going to lose the final but they turned it around with a one-run win in the last ball and that was their third IPL win. It will remain one of the great IPL victories. Main reason Mumbai has won 4 IPL trophies is because of the bowling powerhouse they possess and they almost have all the best bowlers in the world. 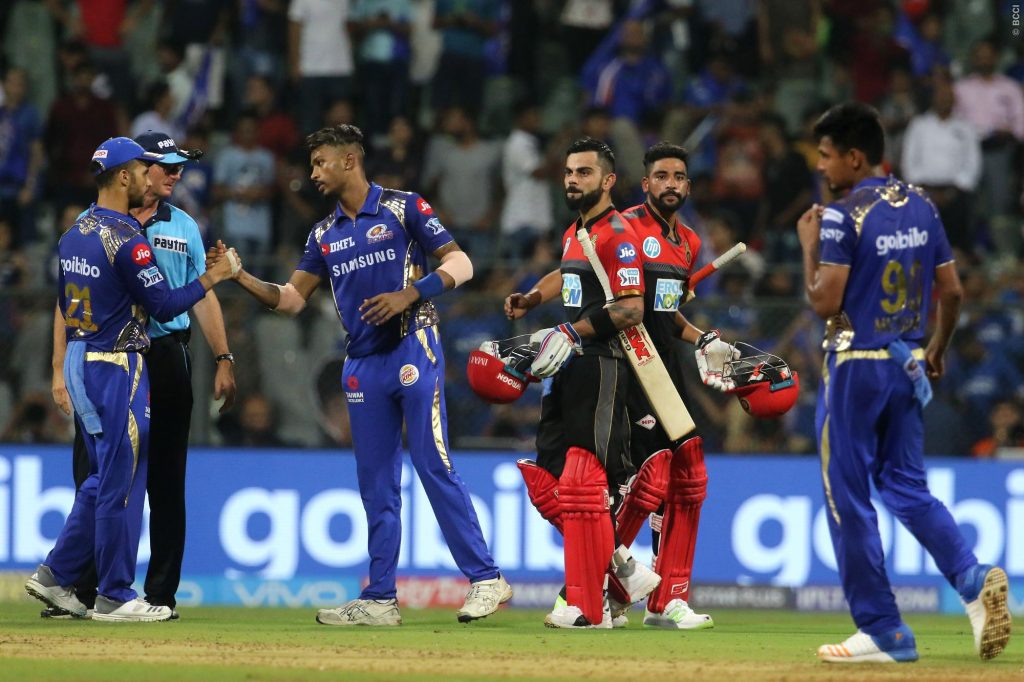 In 2019 IPL, controversial no-ball issues have smashed this game on the face, but in the end,  it was that two points matters for any team. Mumbai Indians was in the safer side as the last ball no ball was not given by the umpire and the fate of the match was decided against RCB which made captain Virat angry. The game was a big thriller than it seemed to be as no one could predict the result till the last ball of the match.

The only bowl out game in cricket history before the super over was introduced. The game was tied but India won it comfortably in the bowl out as they gained two points in the league stage and easily qualified for the playoffs. Both teams played really well in this low scoring thriller but at the end of the day, it was India who had the last laugh. 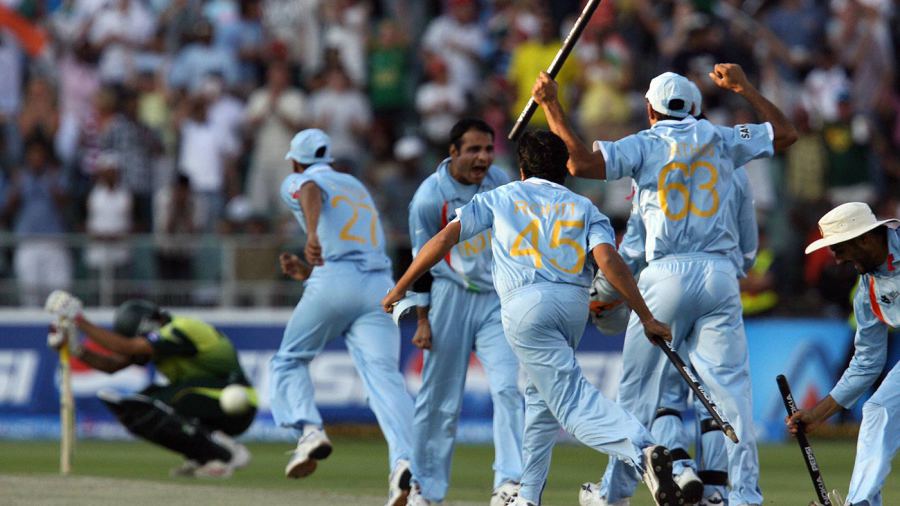 In the same year, they met again and it looked like Pakistan is lifting the trophy in the last over but one major error from Misbah gave India a most thrilling 5 run victory and that remains the most thrilling T20 wins for India in the history of the game. It was a special win as they won it without the coach.

Close matches are not easy to play, it takes great mental strengths to do it, these are the games which took fans to the edge of the seat and we will surely be witnessing more nail bitters than all this.