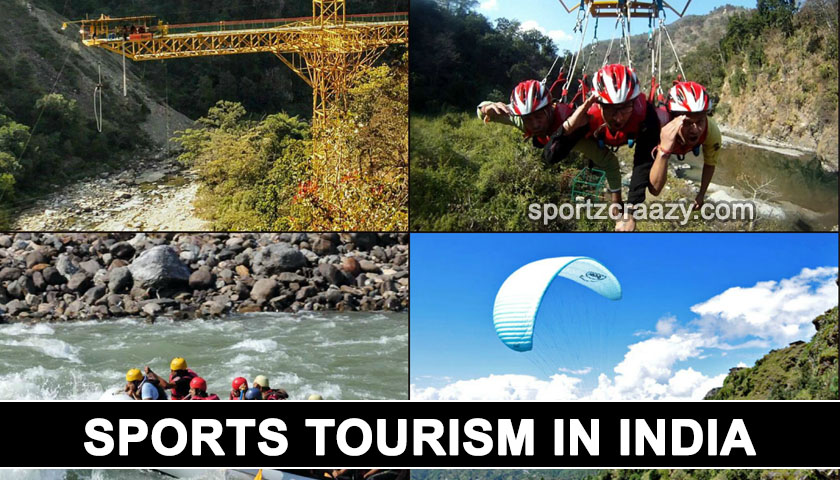 Sports tourism has emerged as a multi-dollar industry in recent years across the globe. The industry is witnessing steady growth of 10-12% every year and is expected to proceed further. The same trend is reflecting in India also.  The popularity of mega sports events such as the Olympics, FIFA world cup ICC cricket world cup are the major reasons for the sports emerging as the primary industry in the recreational sector.  The major efforts were taken to organize the global sports tourism industry begins in the early 2000s.

First world tourism conference was held in 2001 at Barcelona and the conference stresses the connection points between sports and tourism. As mentioned earlier the sports tourism in India is progressing with steady growth rate. The growing enthusiasm among the Indians to visit the destination with the primary focus of attending a particular sports event is the major reason for the growth. The destination may be domestic or international with the cricket remains the major attraction for the majority of Indians and it is contributing heavily than other sports for the tourism sector.

The Emergence of Sports Tourism in India

After the launch of the Indian premier league (IPL) in 2008, the growth of Indian tourism industry has been reaching new heights.  The increase in travel among the cricket fans to witness the match at a particular venue is the primary reason for this massive growth rate.  India emerged as the primary hosting nation of 2011 world cup sports tourism gained major momentum during that time. With the cricketing fans across the world traveled India to witness their favorite stars in action along with Indian fans for all the playing venues brought a huge boost to sports tourism sector.  Likewise, 2015 world cup which was held in Australia and New Zealand become the holiday spot for Indian fans as they went there to witness the Indian team’s action as well as they toured famous holiday destinations across Australia and New Zealand.

Sports like hockey, football, Kabbadi, and others are gained a lot of interest among the Indians. Like IPL other sporting federations have started organizing their own professional leagues. The exciting young talents along with foreign legends and extensive media coverage have increased the popularity of sports among Indians. Due to this people wants to visit the stadiums and cheer their team which is an encouraging sign. The increase in the audience at stadiums and TRP ratings in television also allows the sponsors to invest in these sports which also paving way for a generation of revenue for the particular sport.

Influence of International Sports and Events As everybody knows football is not so popular in India and Indian team never played in the FIFA world cup but shockingly India is one among the top ten nations in terms of ticket sales. Nearly 4,409 tickets have been sold in India for the recently concluded FIFA world cup at Russia.  This is primarily due to extensive media coverage and influence of popular professional leagues like EPL, LaLiga, Serie A..etc. no wonder our own professional league ISL is also the key reason for ever-growing football popularity.

Future of Sports Tourism in India

Sports tourism industry is showing steady growth and it continues to grow in the years to come. It will completely reflect in the economic growth of the country through filled hotels and restaurants.  Many investments may happen in this kind of industry in the future. People tend to watch tourist destinations also when they planned to visit India for witnessing sporting events. So there will be a considerable amount of growth in places in and around that particular tourist destination. India may emerge in future as a major sporting hub due to growing popularity. Many corporate companies are promoting their products through sports and they see India as a potential market for the future. There will be huge investment from them in the years to come which can improve the infrastructure facilities like quality stadiums and training academies which morally boosts the young Indian athletes to get trained with modern equipment.

It gives an opportunity for India to host many international sporting events like commonwealth games, Asian games and to extend the Olympic Games in near future. It will definitely provide an opportunity for foreigners to learn about our rich culture and glory. It will bring a positive impact on our country in the world arena which urges the corporate companies to invest. So there will be a chance of creating employment opportunities for Indian youth. Not only entertainment and recreational industry but also the other industries can also be benefited through sports tourism.

Sports culture in India is improving day by day and it reflects in the sports tourism industry. It will open a new way for the entrepreneurs to start the business in this sector and grow as much as they can. As said earlier young Indian athletes will be benefits. No wonder it will definitely improve the social and economic growth of Indians in the future.