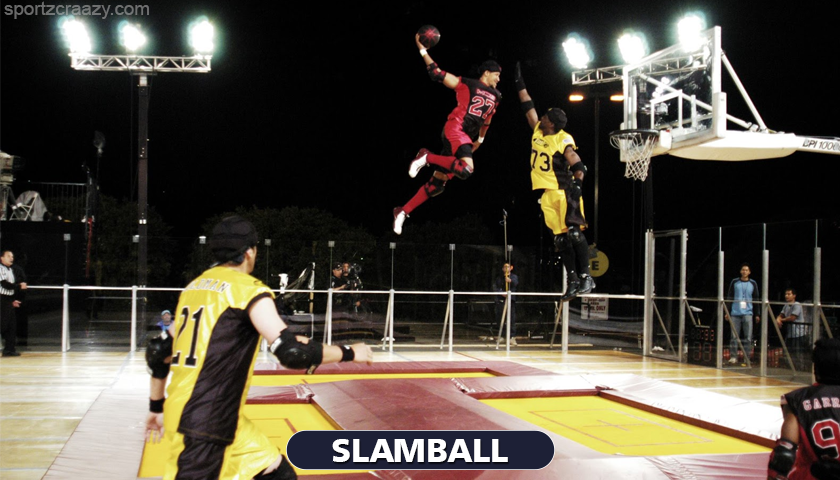 In many regards, Slamball is the natural corollary to basketball – gauging out its urban nature and contained discernible and yet dynamic motion and then enhancing it. In colloquial usage, Slamball is also called ‘trampoline basketball’, and this sums its basic concept up perfectly. Slamball embraces the urban essence of street basketball and adds in more layers to its vertical momentum with the addition of trampolines. 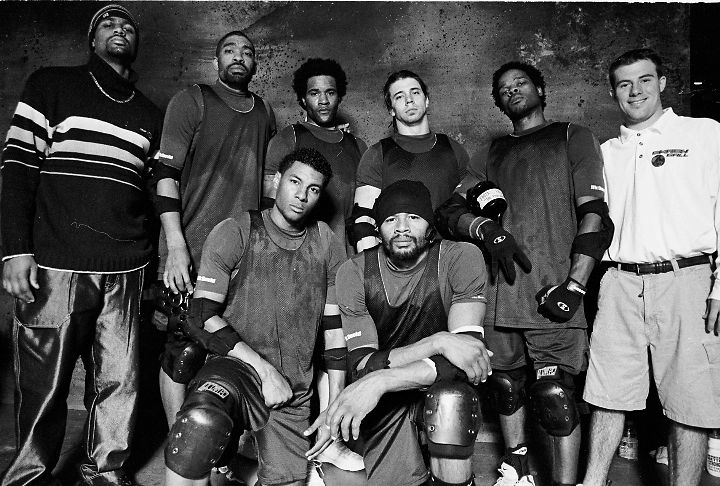 Slamball is the brainchild of Mason Gordon, whose primary aim was to create a variation of Basketball that allows significant new mechanics, and a broader scope, while not straying too far from the core of Basketball itself. He pitched the idea to film/TV producer and director Mike Tollin, who decided to approve it after some consideration. The ensuing six months was the where the game was really drafted, with all its elements including regulations, rules, equipment, and the court carefully curated in order to flesh the game out as a unique brand. The first-ever court designated for trampoline basketball was then built up from a warehouse in East Los Angeles, California.

At its core, Gordon wanted a real-life sport that could emulate the feats and aesthetics possible in video games – i.e. removed limitations of physical capability that would allow players to pull off impossible jumps and difficult dunks. The addition of the trampoline was precisely because of this. However, with the help of a visionary producer, the finished product had since superseded Gordon’s initial projection and turned out to be much more complex and exciting. It did not take long for Slamball to gain media traction, as the first organized match (in LA, California) called the attention of the local street basketball community, and soon there were more than four hundreds of new recruits enlisting as potential long-term players. The future of Slamball was sealed with Pat Croce (owner of Philadelphia 76ers) had signed in as a partner of the franchise. The same year (2002) Slamball made its TV debut and, no wonder, merited the attention of mainstream sports media – ESPN included.

The Starting of Broadcast

Starting its broadcasting run on Spike TV, the game has since seen some evolutions in its prestige, gaining a handful of professional tournaments, e.g. the POWERade Slamball Championship that aired on CBS Sports in 2007. Slamball has had its first international bounce-off in 2012. Outside of the US, it also enjoys growing attention from China.

As such, since Slamball builds upon the crux of basketball, a large part of basketball’s core structural norms exist in the game, including the objective for the teams, which is simply to outscore the opponent. This is done against a time limit: 20 minutes to be exact. The game is divided into four 5-minute quartets as opposed to the much longer 12-minute quartets of NBA. There is no tying law in Slamball, and if the teams are on par at the ending whistle, extra time is added till one team outscores the other (or a face-off tiebreaker in some tournaments).

The teams are composed of 4 players each (who can be substituted anytime), including:

The stopper, who is assigned to guard their net and prevent scoring under permitted norms (comparable to a goalie). The goalie goaltends the rim when the offence is imminent, but note that this applies only to shots attempted from inside the trampoline area. This means that goalies can and do go on the offence

The handler, the playmaker who chiefly controls and coordinates the attacking momentum of the ball, responsible for moving the ball up the court (comparable to the point guard in basketball).

The gunner, i.e. the designated forwards of slamball, who is responsible to bring the scoring attempt to fruition with their finishing ability, jumping up and dunking the ball in the rim. A team generally has two gunners.

The slamball court also assumes proportions similar to basketball (97 ft x 57 ft as of current Chinese international standards). Under each rim, four trampolines are integrated within the court in what is called the three-point arc area in basketball.

Scoring within the trampoline area nets a team two points, while landing a successful shot in the rim from outside the arc grants them three points. Depending on the tournament regulations, dunks can also net the attacking team three points.

The game is commenced with a free bounce-off at the beginning of quarters, where the ball is bounced freely in the middle of the court. After a team gains possession, the usual rules of basketball apply here: there is a 15-second (or 20-second in some tournaments) shot clock, failing which grants the opponent team possession. This means that after gaining possession, the team cannot afford a delay and immediately move on the attack.

They get a 15-second window to convert this possession into a finish, which can be fended off by the defending team, either by blocking shots (with the stopper), intercepting and rebounding the shots, or using conventional man-to-man dispossession tactics to steal the ball. Because of the shot clock, the game is a constant flux of motion with little to no interruptions. A team is allowed only one time-out calls per quarter, effective only in the last two minutes of playtime. A player can ‘reset’ the ball by rebounding it off the barriers, but it does not really stop the motion, and instead used as a get-around for gunners who have entered the trampoline area and wishes to step out of it. 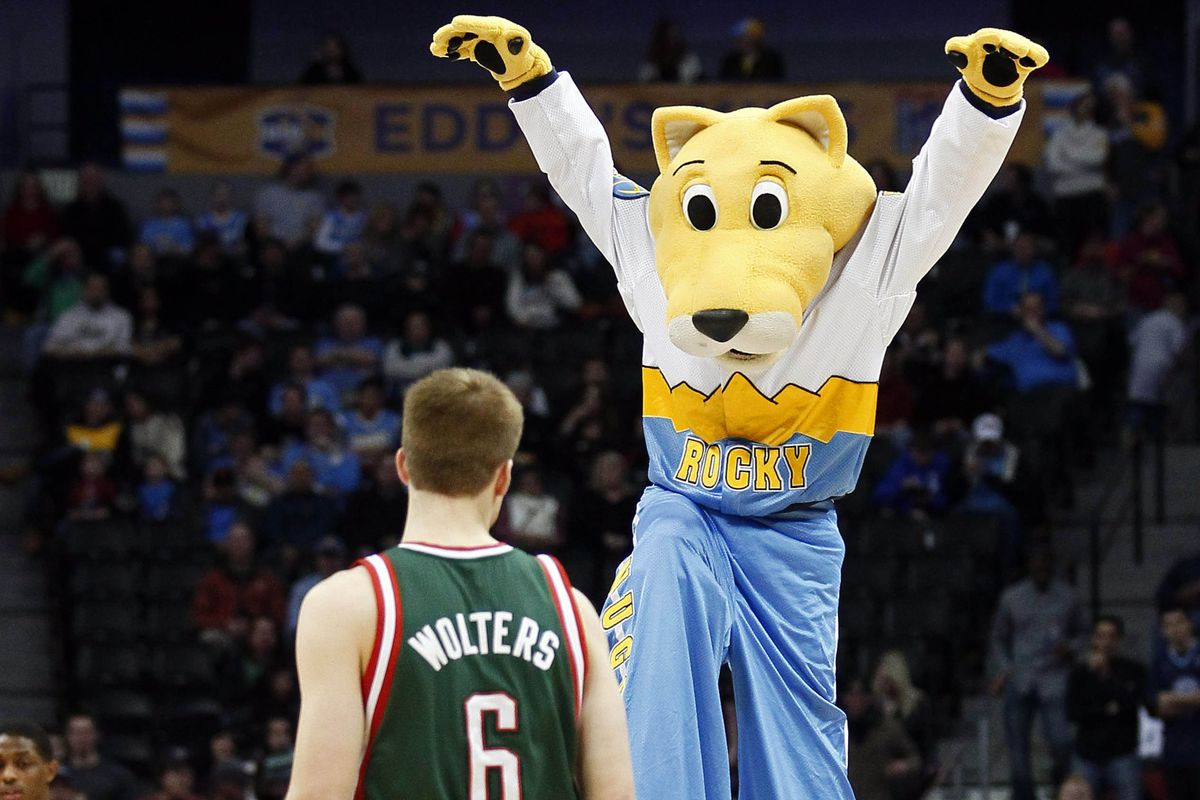 The notable deviation on the outset is that slamball allows itself greater flexibility in collision rules. It is something of a contact sport at the current stage, like hockey or football, where a physical collision is a commonplace. However, like football or hockey, there are strict rules in motion to regulate this physical nature of Slamball.

The strictest of these are for the ‘popcorn’, where a player intentionally attempts to disrupt the opponent player’s bounce on the trampoline. This results in a faceoff (i.e. only the gunner faces off against the opponent stopper and the rest of the players are temporarily withdrawn from the play).

Although body contact is allowed, any contact deemed intentionally inhibitive contact that prevents a player from scoring counts as a foul. Once a player commits three such contact fouls, he is removed from the match.