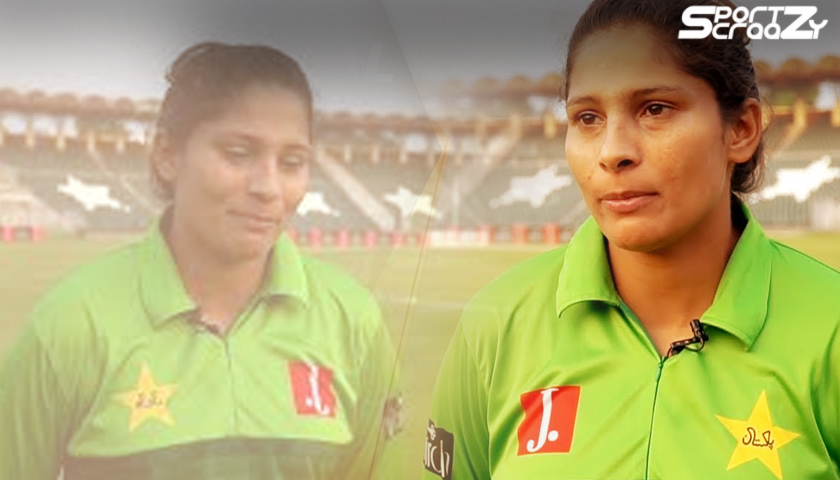 Sadia Iqbal Biography : Sadia Iqbal is from a place called G Muhamadabad in Punjab, Pakistan. Though she was always interested in playing cricket, there wasn’t much scope for a female cricketer in the area she grew up in. However, she saw another person, a female cricketer, who is sharing the same name and belongs to the same country. She saw the left-arm spinner taking over 130 international wickets for Pakistan.

Iqbal thought, if that lady can do it, why can’t she? She soon joined an academy, after getting her basics right, she moved to Lahore to take her game to the next level. The person who inspired Sadia Iqbal is her namesake and a veteran Pakistani spinner, Sadia Yousuf.

Sharpening her skills at Lahore, she soon found herself in the Pakistan national side. Given that the board is trusting the young guns to deliver and not putting much of a faith on the veterans, Iqbal has made it to Pakistan’s squad for the ICC Women’s World T20 2020.

Sadia Iqbal’s T20 career started with the PCB National Under-19 Women’s Championship 2013/14. In that competition, she represented Faisalabad Under-19s Women. In the first game against Quetta Under-19s Women, she bowled 4 overs and conceded just 11 runs. However, she couldn’t pick up any wicket. Her List A career started at the Mohtarma Fatima Jinnah Women Cricket Championship Seniors 2014.

Sadia Iqbal got her first chance against Bangladesh in a T20I match. Iqbal was not expecting a call up, let alone a place in the playing XI. She bowled brilliantly and conceded just 16 runs in 4 overs. She also took the wicket of Bangladesh’s number 3 Sanjida Islam.

Her ODI debut came a few days later against the same opposition. In the match that was played at Lahore, Iqbal conceded 38 runs in 10 overs. She took the wickets of opener Sharmin Akhter and skipper Rumana Ahmed.

Iqbal earned his national team call up alongside another very talented young spin sensation, Syeda Aroob Shah. PCB has high expectations from them. Speaking about the series against Bangladesh, the head of PCB’s women’s wing, Urooj Mumtaz Khan told Dawn “The series was a sign of progress as three players made their debuts, including the 16-year-old leg-spinner Aroob Shah, while Sadia Iqbal and Saba Nazir were the other two who impressed with the ball.”